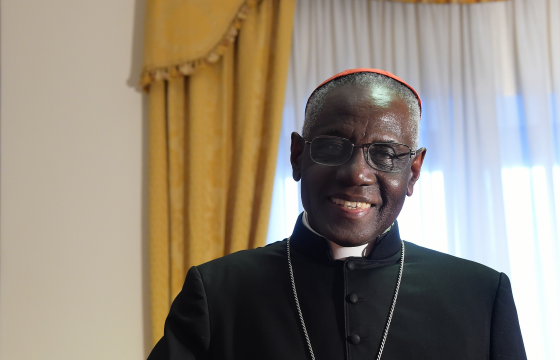 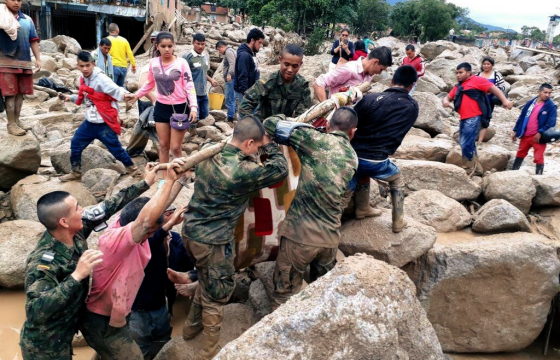 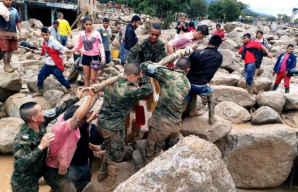 Pope Francis has offered prayers and his "deep pain" for the people of Colombia after at least 250 people were killed in a mudslide which engulfed the town of Mocoa, in the country's south-west, in the early hours of Saturday morning.

Francis - who offered prayers for the victims during the Angelus on Sunday - said he was praying for the victims, those grieving for their loved ones, and also giving thanks and encouragement to those valiantly involved in the rescue operation.

More than 1,000 Colombian soldiers and police are involved in the rescue operations - using helicopters mainly as roads are damaged or blocked.

Meanwhile, members of the Farc rebel group, who are stationed nearby have offered to help with the clear-up operation.

Around 500 rebels are currently living in a camp nearby, and they have offered their services to help but need permission from the Colombian government to leave the camp and travel to Mocoa.

"Speaking with the rebels, they want to go there [to Mocoa] to work and help in the reconstruction," the leader of Farc, Ivan Marquez, told the Spanish-speaking El Colombiano newspaper. "We are very sad about this tragedy. Our solidarity and condolences go to the people of Mocoa and Putumayo."