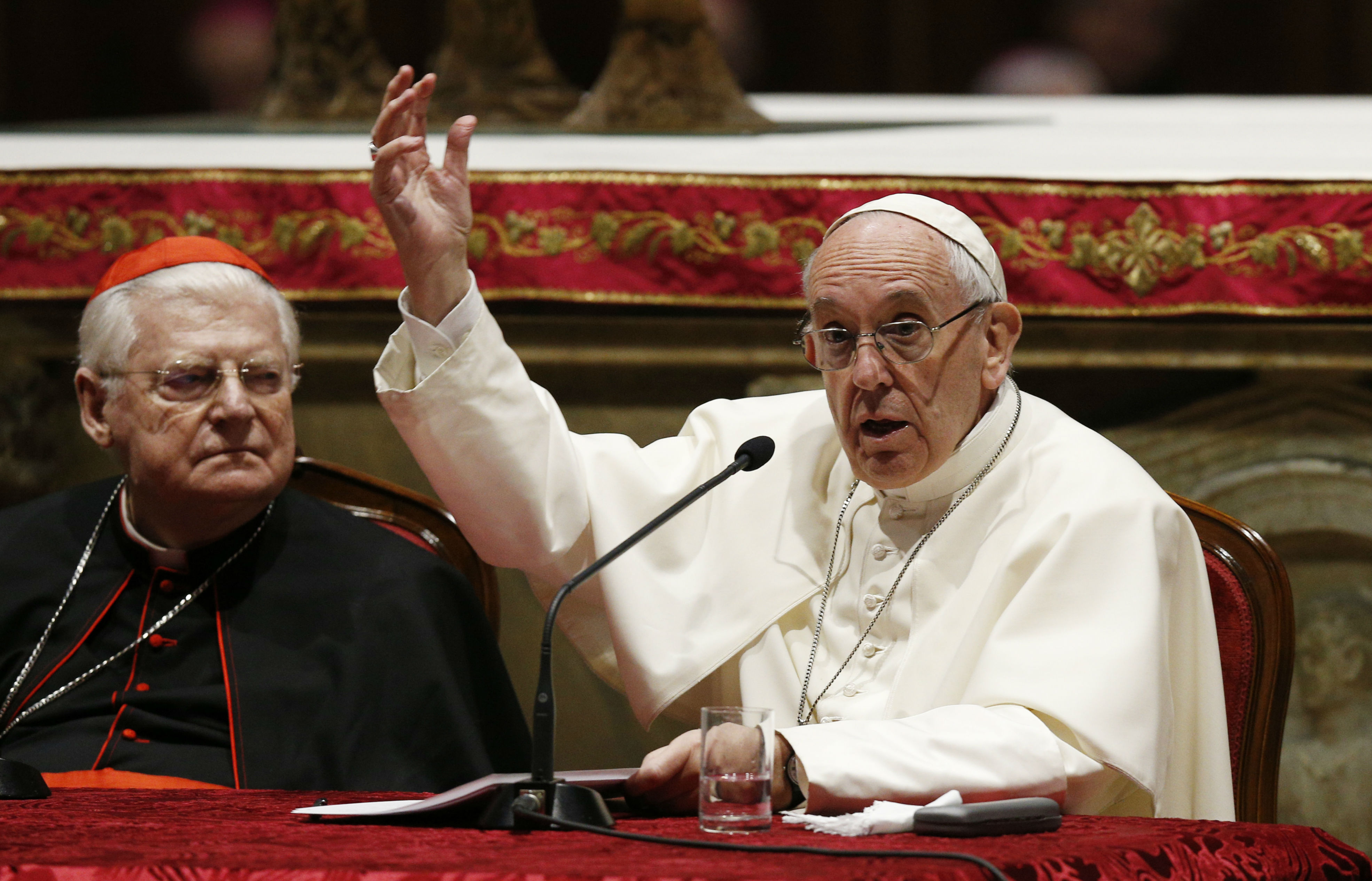 Indigenous, accompanied by church, fight for rights in Amazon rainforest

Francis' 2015 encyclical, 'Laudato Si', " made it clear that the church 'must participate in the defence of the Amazon' 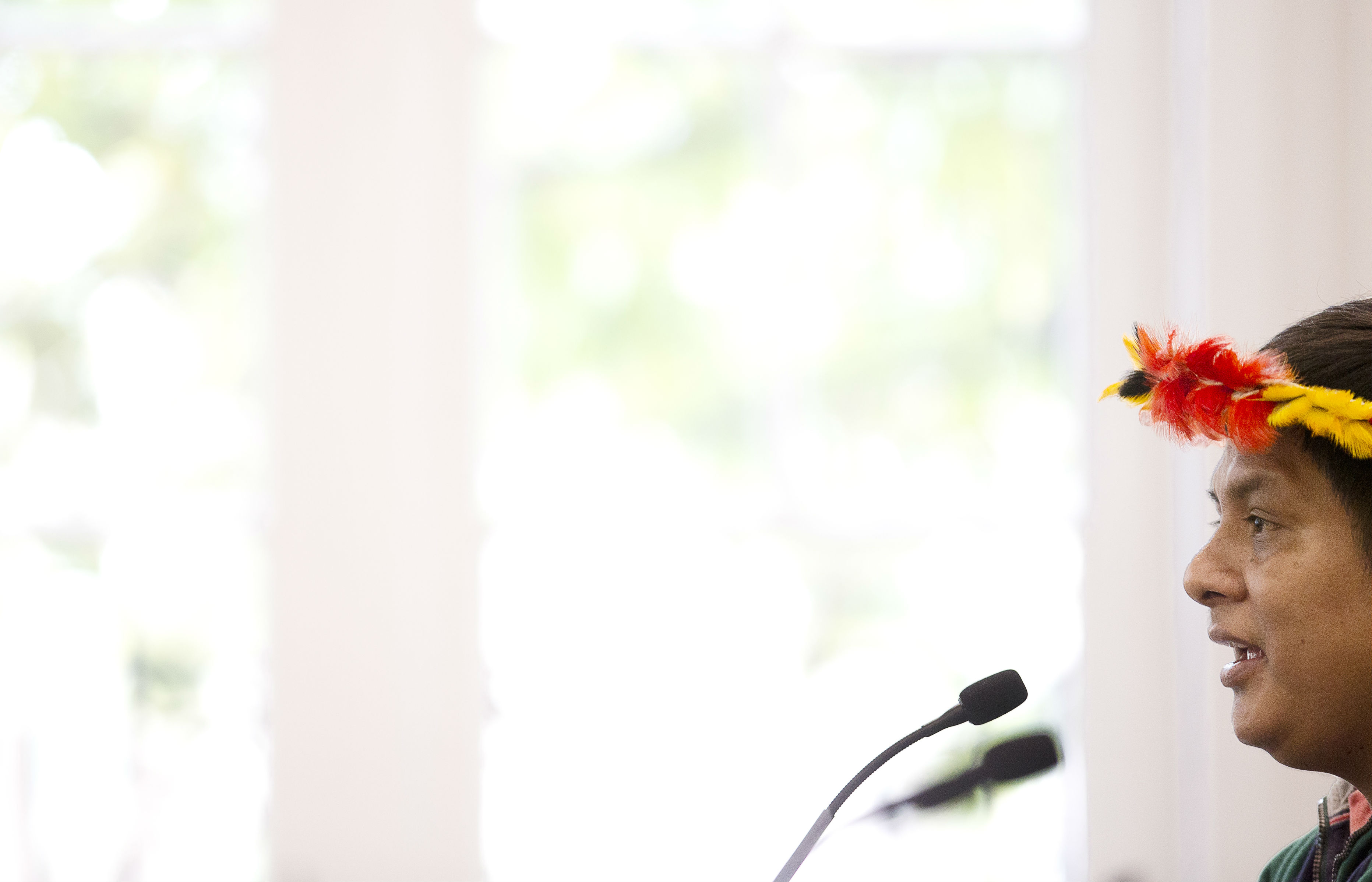 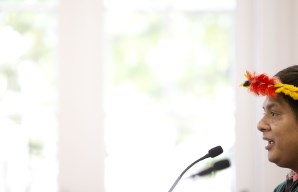 The Pan-Amazonian Church Network, including indigenous leaders, testified before the Inter-American Commission on Human Rights in Washington last week. The group also met with church and government leaders and the public to help spread the word about what members describe as injustices and human rights abuses.

Sister Jakelyn Vasquez, a member of the Oblate Sisters of the Sacred Heart of Jesus who works with communities along the tracks in Maranhao and Para states, told the Catholic News Service that a railroad runs more than 550 miles through 27 communities in the Brazilian Amazon. It runs so close to people's homes that the houses have cracked, and some people have hearing loss.

The trains carry minerals out of the rainforest to the coast. But the tracks separate families from their schools, health centres and fields and, sometimes, the trains stop on the tracks. The trains often sit for hours, sometimes an entire day.

In early March, a 336-car train stopped on the tracks in one of the villages. Sister Vasquez told Catholic News Service that the closest ramp to cross over the tracks was more than four miles away. So, as local residents sometimes do, a mother and her baby climbed under the train to cross - and the train began to move.

The mother lost her fingers; the baby lost an arm. It was not the first such accident, said Sister Vasquez. Many people have been run over by the train, she said, and they receive no financial compensation from the multinational company than runs the trains and mines - "just the coffin."

Sister Vasquez was one of about a dozen members of the Pan-Amazonian Church Network to visit Washington.

Brazilian Cardinal Claudio Hummes, president of the Pan-Amazonian Church Network, or REPAM, as it is known by its Spanish acronym, told CNS that the Amazon "is at the center of the many ecological issues that are debated in our time, and climate change is one of them."

The cardinal said that Pope Francis' 2015 encyclical, "Laudato Si', on Care for Our Common Home," made it clear that the church "must participate in the defence of the Amazon."

"It is the poor who are going to be the most affected by climate and environmental problems," he added.

The cardinal told an audience at The Catholic University of America on 23 March that when Pope Francis met with the Brazilian bishops in 2013, the pope emphasised that the Amazon was at "a decisive moment for the future."

"It's one of the great lungs of the planet," he said, noting that indigenous people and small-scale farmers who have been living in the region have the wisdom to help keep the planet breathing.

The church in the Amazon must "be very prophetic and very brave," which means denouncing bad projects and finding ways for sustainable development, he said.

Part of that means teaching communities to stand for themselves. Mauricio Lopez, executive secretary of the Pan-Amazonian Church Network, said the organization has had workshops and seminars in which "Laudato Si'" was presented. He emphasized that the church is not looking to solve the problems for local communities, but to accompany them.

At one public meeting in Washington, indigenous community leaders from Colombia and Peru cited constitutions, peace agreements and international documents to illustrate government violations of their rights.

Rosildo da Silva, Chauwandawa leader from Brazil, said the government is always changing the laws and promising small-scale farmers that things will get better.

"This is a joke," he said at a March 21 forum. "We cannot trust them," because with one hand they offer something, but the other hand does something different.

Marco Martinez Quintana, who works with family farmers in southeastern Colombia, said one day a man showed up with papers from the National Agency of Land and claimed he had permission to use about 20 families' land to produce palm oil. Already, he said, thousands of hectares in the region have been committed to palm oil.

These small farmers, on the edge of the Amazon, use a process he described as "the edible forest."

"It's kind of a supermarket in the jungle," he said. The farmers plant diverse crops that produce food. Once they have fed their cattle, they trade with farmers who do not have room to grow animal feed. The process builds community, he said.

He also spoke of a Colombian government decree signed with the U.S. government that says the local farmers cannot use their own seeds, but must purchase genetically modified seeds -- and all the chemicals that go along with them.

"Sovereignty is when we are able to sow our own seeds and grow our own food," he said.

Cardinal Hummes said he understands the need for the country to grow economically, but he added that agribusiness has had a serious impact on the environment. For instance, new highways allow for goods to be moved and sold, but if they are overused, they can lead to destruction of the forest.

He also said there is a public perception that the rainforest does not produce anything, that "in order to produce and be productive, you need to remove the forest."

The challenge "is to demonstrate that the forest as it is, the trees as they are - the forest, the water, the biodiversity, can offer more ... wealth than the forest that is taken out," or mined and farmed on a large scale, he said.

PICTURE: Zebelio Kayap Jempekit, an Awajun leader in northern Peru, is seen in Washington on 21 March. He described the fouling of rivers - his people's only source of water for drinking, cooking and washing -  because of mining and oil operations.