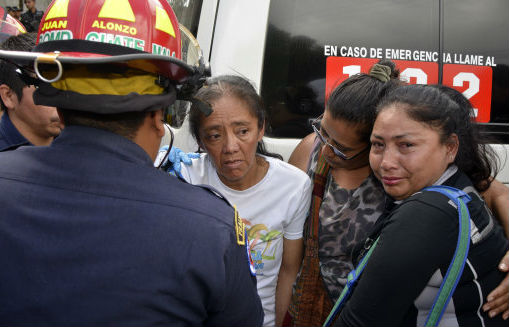 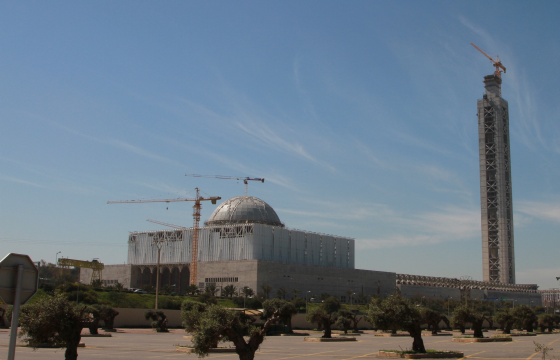 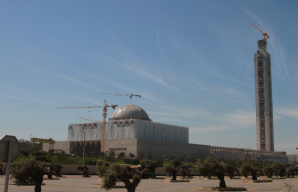 A British soldier turned priest who risked his life to rebuild the Church’s presence in Algeria following a spate of attacks against Christians has been appointed by Pope Francis as a bishop in the overwhelmingly Muslim country.

Fr John MacWilliam, a 68-year-old “White Father” missionary - technically a Missionary of Africa - was on Thursday named the next leader of the diocese of Laghouat-Ghardaïa, a recognition of the courageous peace building work he has carried out in the region.

At the height of violence against Christians by armed Islamic groups in the mid-1990s, on 27 December 1994, four of his confreres running the White Father mission in Tizi-Ouzou were assassinated in their own home, while two years later the famous Tibhirine massacre took place where seven Trappist monks were kidnapped by Islamic fundamentalists and were later murdered.

Following the assassinations in 1994 Fr John volunteered to join the White Fathers in Algeria specifically to re-open a new community in Tizi-Ouzou, a city in the north-central part of Algeria. A former British army officer - who served for 18 years in the forces and rose to the rank of major - he had often been exposed to violence including being shot at while stationed in Northern Ireland during the troubles.

But despite the violence being directed against Christians and the Algerian people, Fr MacWilliam stayed in Algeria during what was described as the “black decade” of the country’s civil war between government forces and Islamic groups.

“A lot of foreigners left, a lot of embassies closed, a lot of companies left,” he said in a 2012 interview. “The Catholic church didn’t leave. We stayed. When things get difficult you don’t leave your friends.”

Despite the threat of violence, the tiny Algerian church has pursued a strategy of service and dialogue. It is focussed on being a symbolic presence in an Islamic society seeking to act as a “good Samaritan” running libraries and other educational projects for struggling students and serving various disadvantaged groups, including refugees, prisoners and women.

There are only a very small number of Christians left in Algeria, about three thousand Catholics and most of these are sub-Saharan students studying at Algerian universities. Fr MacWilliam’s new diocese is a sprawling mass of two million square kilometres mainly of Saharan Desert in which just a few hundred faithful live.

The Church’s presence in the former French colony is tiny for three reasons: the mass departure of Europeans from the country following independence in 1962; the loss of schools and hospitals through nationalisation in 1976 and the violence against Christians during the 1990s.

“Paradoxically the Church became closer to the people when they lost their institutional power. All they had left were personal relationships with their Muslim neighbours and friends,” Fr Martin McGee, a Benedictine monk of Worth Abbey in West Sussex and expert on Catholicism in Algeria says. He knows Fr MacWilliam as the new bishop was a student at Worth school.

Fr McGee says that the bishop-elect, currently provincial of the White Fathers in Algeria and Tunisia, has great experience of living alongside Muslims and seeks to engage in a “dialogue of life” with them.

The Algerian approach of building friendship and serving the poorest could be seen as a model for the Church’s wider engagement with Islam, something that Pope Francis is keen to build on.

The Holy See has said a papal visit to Egypt is being studied while the Vatican has announced a collaboration with the country’s famous Al-Azhar university on how to combat religious violence.

Fr McGee has written a book titled Christian Martyrs for a Muslim People about the 19 priests and religious assassinated in Algeria, including Mgr Pierre Claverie, Bishop of Oran and the seven Tibhirine monks. He says that recently Muslims in Algeria have begun being received in small numbers into the Catholic Church with many more becoming evangelical Christians, especially in Kabylia.

The most fruitful approach for the Church and Islam, he argues, is to engage in a mutually enriching spiritual dialogue and that this is being pursued by the Tibhirine monastery in Ribat es-Salem.

“I worked in Oman for two years when I was in the army and I found that my own faith was helped a lot by Muslims around me who prayed, who let their religion be part of them,” Fr MacWilliam once wrote. “They were real witnesses to their religion. It helps me to appreciate how important it is for all of us, whatever we are doing in life, to somehow witness to what we believe, what we are.”

Born in Wimbledon, London, Fr MacWilliam studied at the Pontifical Institute for Arabic and Islamic studies, made his religious vows in 1991 and was ordained a priest a year later in the Abbey church at Worth.