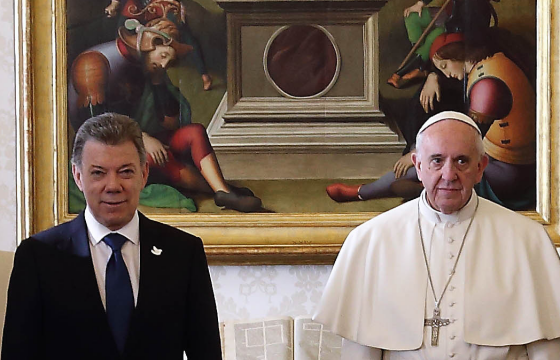 FOUR YEARS ON: Pope's compassionate 'disruption' of the Church shows no signs of slowing down 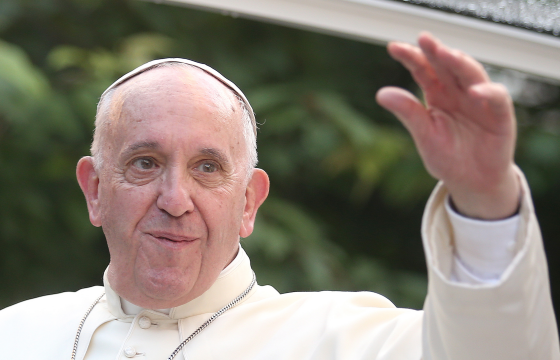 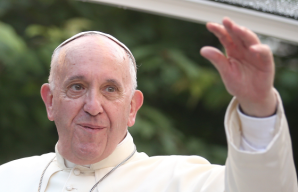 Two months after his election Pope Francis held a meeting with senior figures from the Church’s charitable arm inside his new home, the Casa Santa Marta, where he made a startling claim.

The work of Caritas, he stressed, was not just about providing first aid to people in a crisis but must focus on giving ongoing care to the most vulnerable. He admitted this was big, expensive task but nevertheless there shouldn’t be compromises. “If that is too expensive,” Francis explained. “We'd even have to sell the churches to feed the poorest of the poor.”

Caritas executives were stunned although pleasantly surprised by Francis’ willingness to stake the Church’s assets to help further their good work, a global operation which helps everyone from the homeless in Rome to Syrian war victims. Inside the Vatican, however, they were worried. Anxious phone calls were made to Caritas from senior officials explaining what the Holy Father really meant to say while stressing the new Pope was not about to put the Holy See’s real estate portfolio on the market.

It is a story that gives an insight into this papacy as a disruptive force, where the old ways of being Pope have been upended in order to push a radical message of mercy out into the world’s margins. That meeting with Caritas revealed a simple truth for this Pope: the needs of the institutional church come second to the needs of humanity. Today marks exactly four years since Jorge Mario Bergoglio stepped onto the balcony of St Peter’s to begin this mission, a ministry which might be described as a “start-up” pontificate aimed at a “compassionate disruption” of Catholicism.

I was there standing among the rain-sodden crowd when the first Latin American pontiff came out to greet the world where for the first few moments in front of the glare he almost froze. This was a surprise choice, a successor of St Peter chosen from the “ends of the earth” who had become the first to name himself after the “poor man” from Assisi. Those early moments, however, defined much of what has come since. The informal “buonasera” greeting, the wearing of the same pectoral cross he had in Buenos Aires and his asking for the crowd to pray for him. It was a new, pastoral style seeking which later sought revolutionary new ways to connect with the people who make up the Church.

It has been a papacy where risk taking is favoured over protocol, where making mistakes is better than the “sickness” of becoming “self-referential” and where the agenda is set through off the cuff remarks rather than pre-prepared speeches. “I prefer a church which is bruised, hurting and dirty because it has been out on the street,” the Pope says, “rather than a church which is unhealthy from being confined and from clinging to its own security.”

The last four years have been marked by dramatic, headline-grabbing charitable gestures winning the Pope plaudits from across the world, and sky high approval ratings. We’ve seen Muslim refugees rescued from Lesbos, Greece, the building of showers for the homeless in St Peter’s Square and just last week a 100,000 euro papal donation to the poor in Syria. All of this has helped Francis give new credibility to a Church which, in the western world, is either ignored or criticised. If the Pope’s namesake followed God’s command too literally to “rebuild my Church”, then this Francis has done major rebuilding work when it comes to improving public perceptions of Catholicism.

But this papal disruption has caused turbulence. The Pope’s restless drive for a radical, pastoral conversion inside the Church has upset people, particularly more traditional believers. They feel his freewheeling style is unbecoming of the papal office and are hurt by his repeated criticisms of Catholic conservatives as “rigid.”

Meanwhile, Francis’ attempts to allow remarried divorcees to be given communion has let the genie of Church division out of the bottle, with opposition spilling out into the streets of Rome with anti-Pope posters and public challenges from cardinals. It has led to public disagreements between bishops and cardinals, and open debate in the Church not seen in decades. To progressives this is liberating, and allows for a discussion on topics that were previously “off limits.” Today there is a papal commission examining female deacons while Francis says the option of ordaining married men should be looked at. For the Pope’s critics, however, moves such as giving communion to remarried divorcees threatens Catholicism’s fragile internal unity and could lead to Anglican Communion style splits further down the line. Francis, however, has warned against a “false peace” inside the Church while preferring an honest discussion and development of doctrine that gives Catholicism greater credibility. This is about creating a Church where everyone is welcome, regardless of their past. 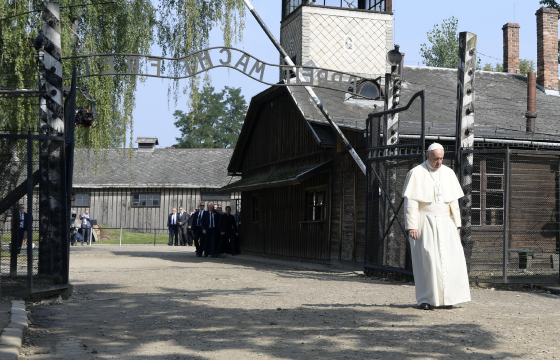 FRANCIS BECAME THE THIRD POPE TO VISIT AUSCHWITZ, BUT THE FIRST TO DO SO IN SILENCE

To bring this vision about Francis has adopted a robust papal management style. While he puts emphasis on being collegial, Francis makes decisions alone and if you ask any of his aides to describe him they use the word “tough”. This is not just a nice, sweet Pope who kisses babies but a single-minded Jesuit on a mission to bring the Gospel out of church buildings and into the world. He has shown himself willing to both face down and outmanoeuvre his opponents. The cardinals expecting him to respond their “dubia" questions about giving communion to remarried divorcees have not received a reply; leaders of Vatican departments who are off message find themselves sidelined; the Order of Malta were quickly reigned in when they defied his wishes; and priests deemed to have spent too long working in Roman Curia are sent back to their home dioceses.

But Church sources say he needs to be careful. Last week’s transfer of papal ambassador Archbishop Charles Brown from Dublin to Albania after what was considered a relatively successful stint in Ireland left some worried. What had the archbishop done wrong, they asked? Was the move something to do with Brown being a former official at the Vatican’s doctrine department, a dicastery whose stock has fallen sharply under Francis.

Others argue the Pope has no choice but to be tough, particularly given he was elected with a mandate to reform the Vatican. Trying to make changes to a 2,000 year old institution with its competing hierarchies, and firmly established ways of working, requires steel. Benedict XVI, insiders say, made some headway on reform but his gentle, professorial approach meant he couldn’t get any further.

Francis is a far more skilled wielder of the levers of power than his predecessor but he is also finding that pushing through internal reforms is not straightforward. The Pope and his cardinal advisers are working on an overhaul of the Roman Curia, seeking to ensure it serves the local churches rather than the other way round. So far, however, the main changes have been the merging of departments to create two new ones. The major progress over the last four years has been on finances and communications. The Vatican bank has been cleaned up while the no-nonsense papal economic tsar, Australian Cardinal George Pell, is pushing ahead with new budgets and improved accounting systems.

When it comes to the media, Milanese priest and film expert Mgr Dario Vigano is busy implementing a sweeping set of reforms laid out in a report into Holy See communications by former BBC trust chairman Lord (Chris) Patten. A new digital content “hub” incorporating all forms of Holy See media is due to go live soon after Easter. 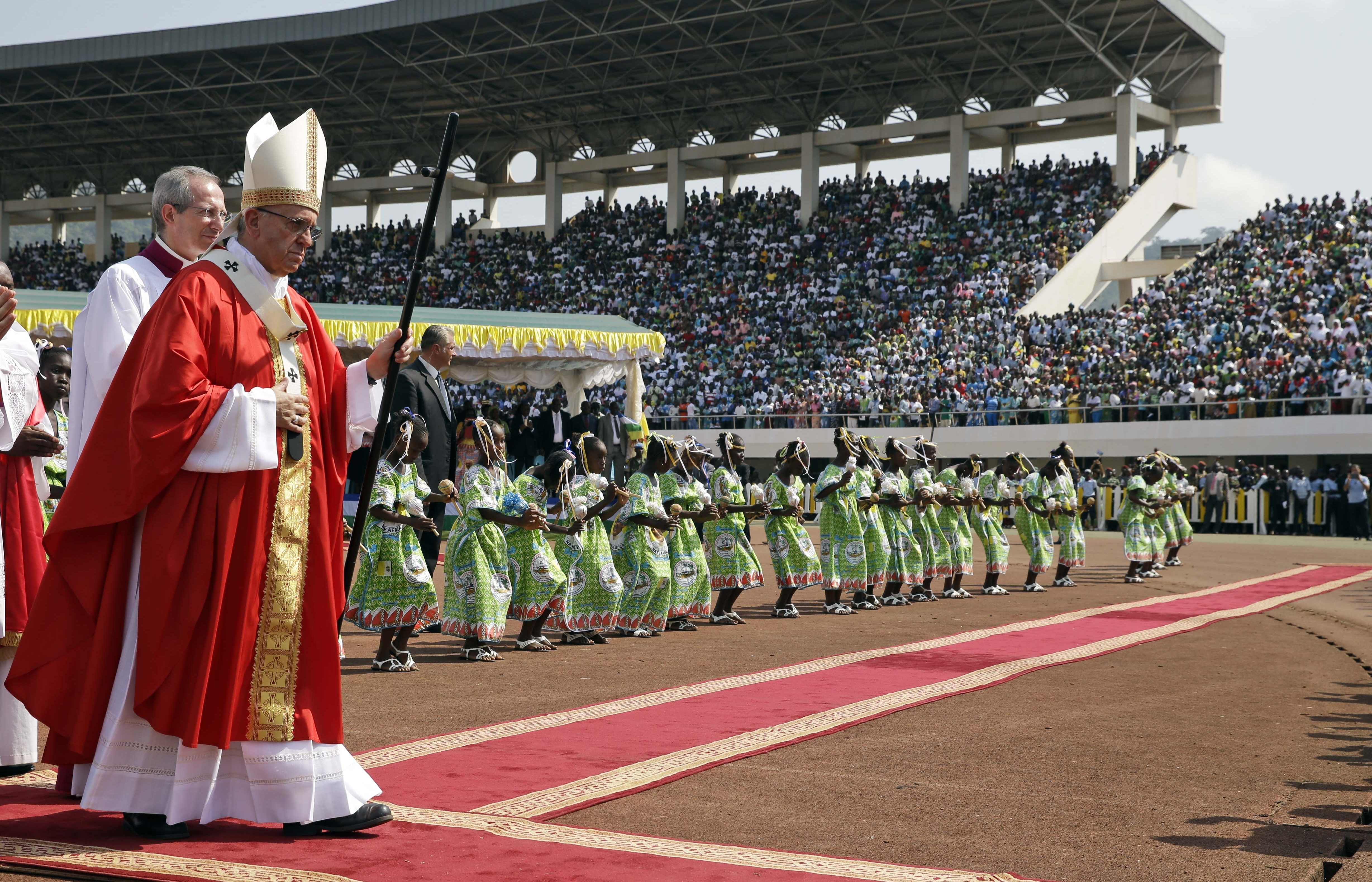 Yet it's away from the Vatican, that Francis has achieved the most success. With his simple message of mercy and compassion this Pope has connected with Catholics on the ground and even inspired those who might never normally darken the door of a Church. Francis’ inclusive Christian message has caught on, whether it's the images of him greeting a disfigured man in St Peter’s square or his call for each parish to welcome at least one migrant family: he’s showing how faith can inspire the best of humanity.

The Pope’s advocacy for the global, compassionate world order has also given him an influence on the world stage, with a steady stream of heads of state and opinion makers visit Francis in the Vatican to have their photo taken and receive some words of wisdom. Francis has put the Church’s soft power into action by oiling the wheels for the United States and Cuba to re-establish official relations, trying to mediate truces in Colombia and Venezuela and influencing a deal at the Paris climate change conference with a last minute phone call to the President of Nicaragua urging him to sign up to the carbon emission agreement.

The Pope’s battling against poverty, climate change and inequality have seen him described as “Leader of the Global Left”, but it's also marked him down as one of the few leaders left willing to uphold the post-war consensus. His success has come through his willingness to find common ground with outsiders, to build bridges and to “bind up wounds”. And it’s an approach that has borne fruit. There has been an historic meeting with the Russian Orthodox patriarch, a visit to Sweden marking the reformation’s 500th anniversary and the closing in of a diplomatic deal with China.

Over the last four years this disruptive papacy has broken out of the traditional confines of organised religion; it's shaken up the Church internally and grabbed the world’s attention. This has been a non-stop, roller coaster ride driven by an 80-year-old Pope who has his foot placed firmly on the accelerator.