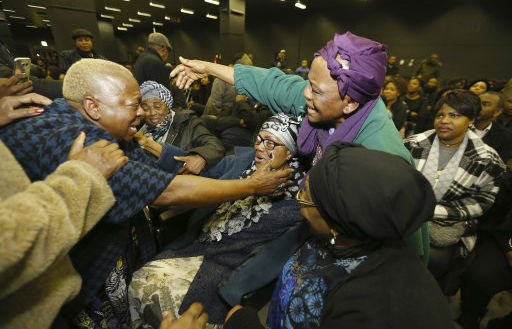 Catholic Bishops’ Conferences from across Europe have pledged new efforts to counter “religious illiteracy” within their national populations, when conditions are “marked by instability and lack of hope”. “We focused on challenges specific to Churches, including religious illiteracy and how to bear witness to the Gospel in an increasingly secular and pluralistic Europe,” the Council of Catholic Episcopates of Europe said in a statement with the non-Catholic Conference of European Churches.

Veil ban ‘sometimes justifiable’
Asked whether he thought the Austrian Government’s plans to ban the Islamic full-face veil in public offices was reasonable, the Archbishop of Vienna, Cardinal Christoph Schönborn, said it was justifiable to ban its use for certain public offices but not to ban it generally. “It is one thing to say, as the government is saying at the moment, that headscarves or other religious symbols are not suitable attire for certain professions. Allowing policewomen to run around with a pectoral cross or a headscarf will not do, but a general headscarf ban is inadmissible and moreover discriminating”, he told the Austrian daily Der Standard.

Peace plea as famine spreads
As famine spreads in South Sudan, the nation’s Catholic bishops have pleaded for an end to the country’s civil war and have condemned “war crimes committed on the basis of ethnicity”. In their 23 February message they said: “The killing, torturing and raping of civilians is a war crime”. The bishops reported that the famine was “man-made” and complained about a “scorched-earth” policy that had contributed to it.
(See View from Rome and News from Britain and Ireland)


The Catholic Church in Port-au-Prince in Haiti held a special Mass on 21 February for 20 prisoners at the National Penitentiary who recently died from causes relating to over-crowding, including malnutrition and infectious diseases. Fr Jean Robert Louis said the prayers at St Anne’s parish in the Haitian capital. The 778 prisoners in the National Penitentiary in Port-au-Prince have only 2.25 sq metres of space per person. International standards define 4.50 sq metres as the minimum space acceptable.


Disgraced bishop accused
A 57-year-old man has accused the disgraced former bishop of Bruges Roger Vangheluwe (above) of sexual abuse decades ago, bringing the number of his self-declared victims to six. The man’s lawyer told Belgium’s VTM television that the man has photographs confirming that Vangheluwe and another priest raped him in the early 1970s when he was an altar boy. The bishop’s lawyer dismissed the accusation as defamation. Vangheluwe, who was bishop of Bruges for 25 years, resigned in 2010 after admitting he sexually abused his own nephew.

Churches desecrated
A wave of desecrations of churches and convents, and intimidation of church personnel in the Democratic Republic of Congo (DRC), has been condemned by the country’s Catholic bishops and UN representatives. After an arson attack on the Malole Catholic seminary on 18 February, Cardinal Laurent Monsengwo Pasinya, Archbishop of Kinshasa, deplored an “alarming security situation”. He complained of “violent thugs, who had also sown terror among the Carmelite Sisters” in Kanang and a gang of youths who had desecrated St Dominic’s parish in Limete, Kinshasa. Cardinal Pasinya said the Catholic Church was being targeted because of its role in mediating negotiations that led to an agreement two months ago that DRC President Joseph Kabila would step down following elections later this year.


The National Commission for Justice and Peace of Pakistan’s Catholic Bishops’ Conference has expressed “disappointment” after last week’s sentencing in Lahore of 42 Christians for terrorism. They had been accused of involvement in the lynching of two Muslim men immediately after an attack on two churches in Lahore on 15 March 2015. The Commission spoke out, “because the police and the authorities focused only on the deplorable act of lynching, to be condemned strongly, while the authors of the criminal attack on churches, on innocent worshippers, are still unpunished”. The Centre for Legal Aid, Assistance and Settlement said at least 32 of the defendants were “unjustly accused” and pressures from Muslim extremists may have influenced the verdict.


Many Catholic teenagers in Zimbabwe will go on a 40-day “WhatsApp fast” during Lent. The idea is to stop using the extremely popular free messaging application for smartphones, Catholic youth representative Tendai Karombo said. Kenya’s Catholic bishops meanwhile on Saturday launched the 2017 National Lenten campaign for “peaceful and credible elections” in August, amid fears of violence.