The UN has called on the Government to stop human rights violations, including apparent summary executions, by the country's armed forces 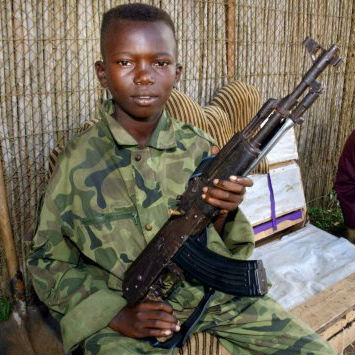 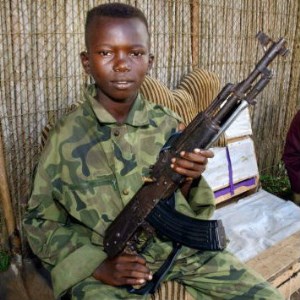 Violence and “unimaginable atrocities” have been committed against the peaceful citizens of Democratic Republic of Congo (DRC), according to Bishop Félicien Mwanama Galumbulula of Luiza in DRC’s Central Kasai province.

Clashes between the national military and local militia have traumatised the local population, the bishop said. Bishop Galumbulula interrupted a trip with a delegation of bishops to Europe last week to return to his diocese.

“The population is in the throes of psychosis to the point that it is impossible to organise the funeral of the victims,” he reported.

He said many parishes have been looted and abandoned, with priests having “to walk day and night to find refuge in another area”.

The United Nations human rights chief called on the Government of the DRC to take immediate steps to stop widespread human rights violations, including apparent summary executions, by the country's armed forces.

“It is time to stop a blunt military response that does nothing to tackle the root causes of the conflict between the Government and local militias but instead targets civilians on the basis of their presumed links to the militias,” said UN High Commissioner for Human Rights Zeid Ra'ad Al Hussein in a statement released on 20 February.

AL Hussein said that there are multiple, credible allegations of human rights violations in the provinces of Kasai, Kasai Central, Kasai Oriental and Lomami.

According to UN Human Rights Office video footage emerged over the weekend apparently showing soldiers of the Government security forces, known as FARDC, shooting repeatedly and without warning at men and women, who purportedly belonged to the militia in Muenza Nsapu village.

The UN peacekeeping mission in the DRC said they were unable to verify the origin or authenticity of the video. However, a DRC Government spokesperson stated that FARDC officers are under judicial investigation.

The UN Joint Human Rights Office in the country has documented the killings of more than 280 individuals since July 2016 in the context of this violence.

Pope Francis described the clashes in the DRC as ‘violent and brutal’ during his address to the crowds in St Peter’s Square on 19 February.

Francis singled out for concern the “many children torn from families and schools to be used as soldiers” in the fighting.

In an earlier statement, the UN mission in DRC condemned militias in the Kasai regions for recruiting and using child soldiers, and urged DRC security forces to act in line with national and international law in their response to the situation.

Last week the DRC bishops joined Church leaders and organisations in Africa, Europe and the US to say it would be disastrous if US President Donald Trump issued an executive order telling companies they no longer have to disclose whether they use “conflict minerals” from DRC.

A draft order had been leaked to the press.

Archbishop Fridolin Ambongo Besungu of Mbandaka-Bikoro said a suspension of the 2012 rules will undermine efforts to make corporate links with armed groups more transparent. He said it would be “a victory for big mining companies” and would “worsen human suffering”. He said if such an order were signed, DRC bishops would work with church organisations in the US and Europe to have it reversed.

The 2012 Securities and Exchange Commission (SEC) ruling does not expressly prohibit companies from buying potential conflict minerals, but was designed to force companies to disclose the chain of custody of such minerals in an effort to keep them from helping armed groups, particularly in Congo.

Proponents of the suspension have claimed that the SEC rules cost jobs and put US companies at a competitive disadvantage, and had worsened, rather than reduced corruption, violence and hunger in the developing world.

As with other executive orders signed by Trump, a draft was leaked to the press. The draft called for the SEC ruling to be suspended for two years and for the Government to review ways of breaking the connection between armed groups in Congo and the sale of these minerals, often used in high-tech devices, including mobile phones.