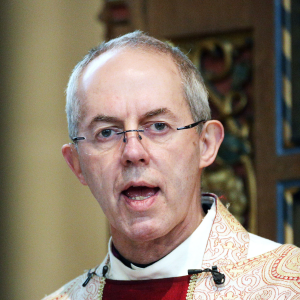 The event, which took place on Monday 6 February, is seen as one of the highlights of the Reformation Commemoration Year. Cardinal Reinhard Marx of Munich, head of the German bishops’ conference, also attended the meeting.

In his address, the Pope recalled that “in principle”, the sixteenth-century reformers like Martin Luther had been motivated by the desire to show the way to Jesus Christ.

In recent decades, with God’s help, the Churches had begun pursuing the way forward towards unity together, the Pope said. This Commemoration Year was a great opportunity to take further steps towards visible unity.

He urged both Churches to intensify their theological dialogue and practical cooperation in order to overcome the continuing differences in matters of doctrine and ethics, above all for those who were suffering most as a result of  them, such as the partners of mixed marriages.

The Pope’s address had been “extraordinarily encouraging”, Cardinal Marx said after the audience. “He told us to be open and find new ways of working towards unity. We all know that this cannot be achieved overnight and that the year 2017 will not solve all our problems – but it is a special moment and we must seize it.”

Shortly before the audience, Bishop Bedford-Strohm, who has been received by the Pope in private audience before, praised the Pope’s “open-mindedness” in ecumenical questions. Francis was “close to people” and what people said was more important to him than “pure doctrine”, he said.

Five days before the visit, the German weekly Die Zeit published a whole page of comments on the expectations that Catholic and Protestant church and political leaders had of the audience on 6 February.

On 31 October 2017, Christians throughout the world should together celebrate a Feast for Jesus Christ, the Son of God and Redeemer of the World, Cardinal Gerhard Müller, the Prefect of the Congregation for the Doctrine of the Faith, said. “That would be true church reform and renewal”, he underlined.

Marx and Bedford-Strohm invited the Pope to visit Germany during the Commemoration Year.