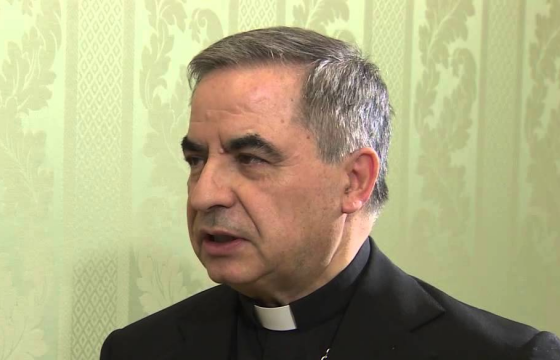 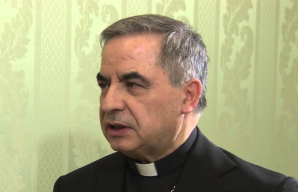 One of the Vatican’s most senior figures has been appointed by Pope Francis has his delegate to the Knights of Malta with the task of helping renew the order following their bitter public dispute with the Holy See.

Archbishop Giovanni Becciu, who runs the general affairs section at the Secretariat of State, has been designated as Francis’ “sole spokesman” on matters to do with the knights.

A letter from the Pope asks the archbishop to oversee a “moral and spiritual renewal of the order” with a special focus on the fully professed knights who have taken vows of poverty, chastity and obedience. It is from this group - which numbers 55 out of a total of 13,500 - that the leader is drawn but there have been concerns about the quality of religious life.

A crisis was sparked inside the Order of Malta following the sacking by former Grand Master, Matthew Festing, of Albrecht von Boeselager, in a row about the distribution of condoms.

This was backed by Cardinal Raymond Burke, the order’s patron, who along with Festing claimed it was the wish of the Holy See.

But the Vatican had never requested the dismissal and therefore commissioned an investigation into the matter which led to the resignation of Festing. The former Grand Master had also refused to co-operate with the Holy See’s inquiry on the grounds that the knights were a sovereign entity although today’s letter from the Pope quotes a section of the order’s constitution that demands members serve the “faith and the Holy Father”.

An experienced papal diplomat, Becciu will work closely with Ludwig Hoffman von Rumerstein, the interim leader of the order, in order to bring about the “greater good of the order” and to bring about greater harmony between its religious and lay components.

Becciu will effectively do the job that Burke had been supposed to do as patron: he will be the Pope’s representative to the order and be responsible for its spiritual well-being.

Burke remains in office but he is not mentioned in today’s communique.

According to the order’s constitution elections for a new Grand Master, who is elected for life, must take place within three months of a resignation or death. But it is possible for an interim leader to be elected and for him to hold office for a year.