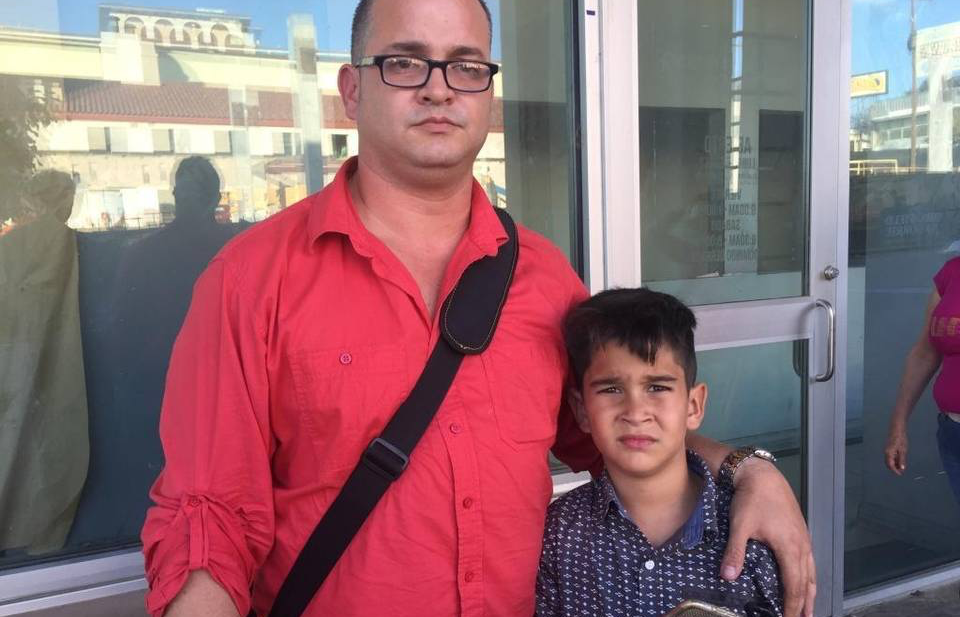 Grand Master Festing says Order won't cooperate with Holy See until own inquiry is complete, in letter seen by The Tablet 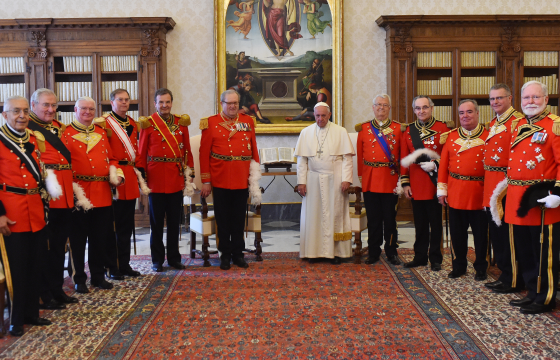 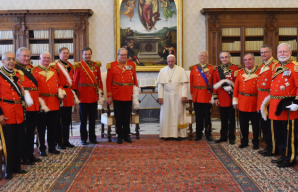 The leader of the Knights of Malta has doubled-down his opposition to a Vatican inquiry into his sacking of a top official by seeking to discredit members of the investigation and by setting up his own commission to investigate them.

In a letter the Grand Master, Matthew Festing, claims the make-up of the commission announced by the Holy See is unfit to investigate because they have links to a fund in Geneva, thus making them unable to objectively assess the situation.

The move is the latest in an ongoing battle between the Order of Malta and the Vatican over the sacking of Grand Chancellor, Albrecht von Boeselager, in a row about the distribution of condoms in Myanmar.

Festing provides no further details to back up his latest assertion and stresses “there is nothing to suggest anything untoward”. But he claims that evidence has been presented to him that warrants his action to set up his own inquiry.

“The makeup of the group of people has raised serious questions within the Grand Magistry. There are serious accusations of a conflict of interest for at least three of the members who have been proved to be linked to a fund in Geneva,” the Grand Master writes in a letter sent to the order’s leadership which has been seen by The Tablet.

“Needless to say there is nothing to suggest anything untoward, but personal and financial links make the commission members clearly unfit to address the situation objectively. The proof presented to me have prompted me to put in place a professional commission of inquiry into the situation.”

As a result Festing says the Vatican’s commission will be kept at “arms length” until his own investigation concludes, a position that further ups tension between the order and the Holy See.

The order has already refused to co-operate with the Vatican commission into von Boeselager’s dismissal as they are a sovereign entity (the group has diplomatic relations with more than 100 countries and observer status at the United Nations).

But the Vatican has insisted it has the power to inquire into the circumstances around the action against von Boeselager’s as the knights are also a Catholic religious order who ultimately owe obedience to the Pope.

Francis set up a commission before Christmas to be led by seasoned papal diplomat Archbishop Silvano Tomasi, a former envoy to the UN in Geneva.

He is being assisted by Fr Gianfranco Ghirlanda, a former rector of the Pontifical Gregorian University; Marc Odendall, an investment banker; Jacques de Liedekerke, a lawyer; and Marwan Sehnaoui, president of the Order of Malta in Lebanon.

Festing does not name the fund in question, although Odendall is listed as treasurer of the Swiss-based Caritas in Veritate Foundation which has the Holy See’s representative to the UN in Geneva as its president. The foundation’s aims are to promote the Church’s position in public debate and international negotiations.

There is no suggestion that Odendall’s involvement in this fund causes a conflict of interest, and Festing’s claims are so far unsubstantiated.

The Grand Master sacked and suspended his respected Grand Chanceller in what also appears to have been about a long running power struggle at the top of the order.  Cardinal Raymond Burke, the order’s patron and prominent Francis critic was present at the dismissal with both he and Festing claiming the action was backed by the Pope and the Holy See.

But letters have revealed Francis made no request for Boeselager to be dismissed and instead called for the situation to be resolved with dialogue.

The row has laid bare the internal resistance faced by the Pope with Cardinal Burke also threatening to “formally correct” Francis over his concessions to divorced and remarried Catholics.

This dispute over condom distribution - something which von Boeselager says he stopped - reveals the clash between the Pope’s vision for a Church of compassion and dialogue, and Cardinal Burke's vision of a Church based on rules.

PICTURE - Pope Francis receives the Grand Master of the Sovereign Order of Malta, Matthew Festing, and the Order's Government in his private study in the Vatican last June