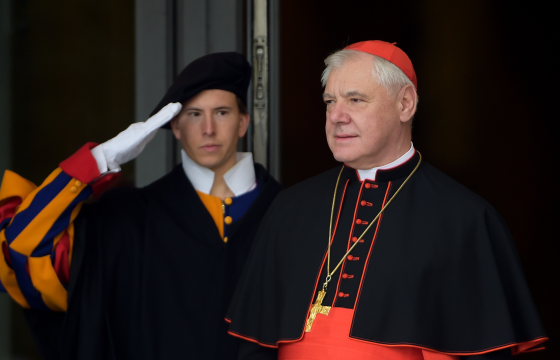 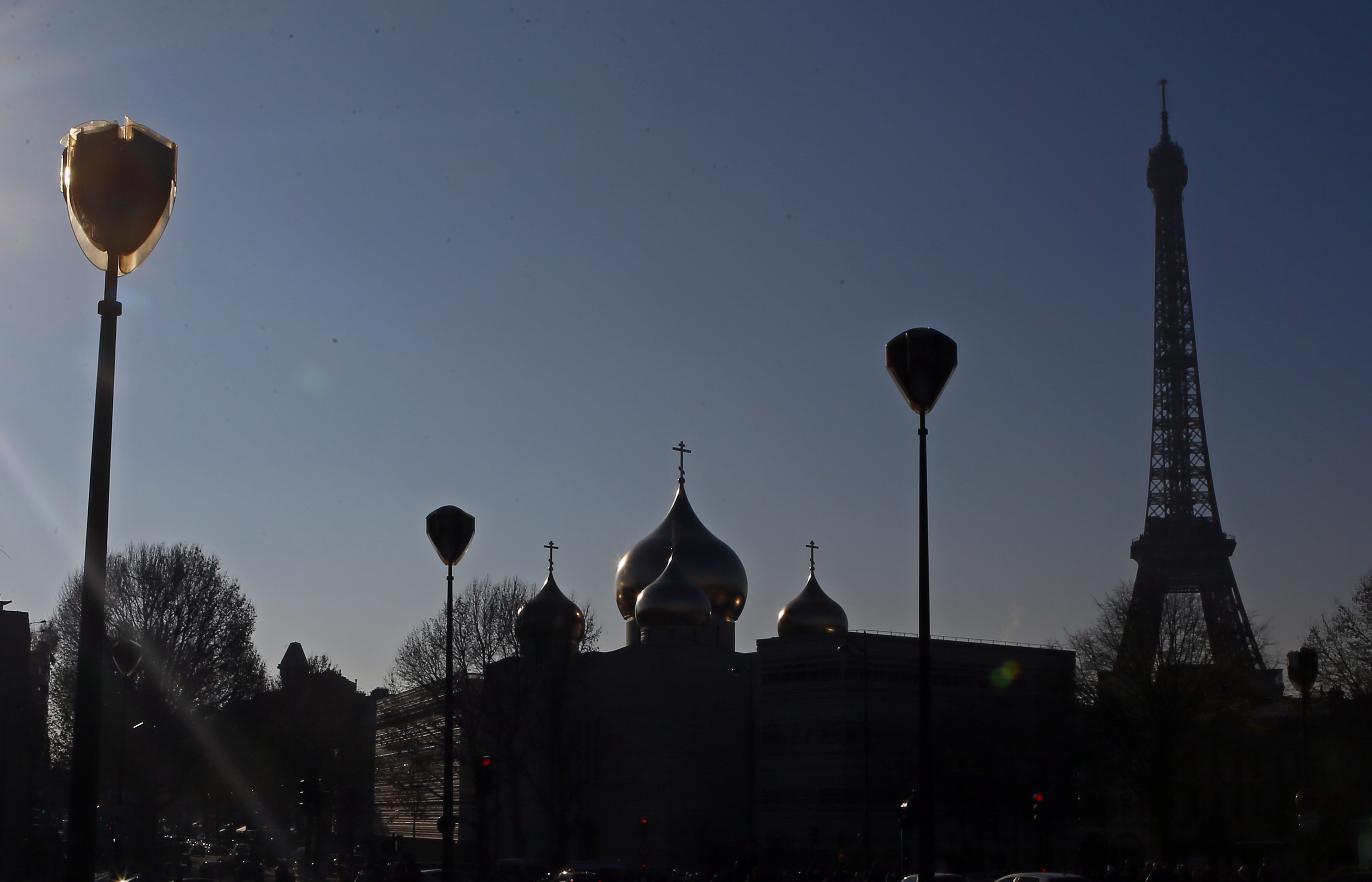 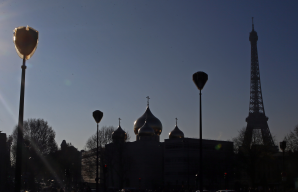 Russian Orthodox Patriarch Kirill consecrated the Moscow church’s new showcase cathedral along the Seine in Paris last Sunday and mentioned Russian President Vladimir Putin and former French head of state Nicolas Sarkozy at the top of the list of people he thanked for making it possible.

The religious inauguration of Holy Trinity Cathedral, an austere white block topped by five traditional gilded domes, was a subdued affair considering the prestigious role the new Russian “spiritual and cultural centre” close to the Eiffel Tower is to play in projecting Moscow’s image in Europe.

Putin was due to attend the initial opening on October of Russia’s most visible landmark in France in October, but pulled out when President François Hollande refused to attend if the two could not also have a meeting about their differences over Syria’s civil war.

Reflecting the close relations between the Moscow Patriarchate and the Kremlin, the Russian state lobbied Paris vigorously for the plot of land (which Saudi Arabia also wanted) and paid the full bill for the church and adjacent conference centre and school buildings, estimated at 170 million euros.

Unusually, it also had the cathedral declared the official chapel of the embassy, which is several kilometers away. That gave diplomatic immunity to the whole complex.

There are persistent rumours that Sarkozy, who wanted to improve relations with Moscow at the time, agreed to the project in exchange for Russian purchases of French warships. Both sides have denied this.

The new cathedral, which still needs to have murals painted on its bare white interior walls, is part of an explosive church building programme the Russian Orthodox Church has undertaken in the post-communist era, with the political support of the Kremlin and financial donations from the country’s oligarchs.

It has also built or refurbished churches around the world, showing a Russian religious and cultural presence in addition to the usual embassy.

Although it now has probably the most prominent non-Catholic house of prayer in Paris, the Moscow Patriarchate’s French congregation — which until now used a converted Paris garage as its cathedral — is smaller than other Orthodox communities such as the Greeks and Romanians.

There is also a rival network of churches founded by “White Russian” exiles after 1917 and linked to the Ecumenical Patriarchate in Istanbul.