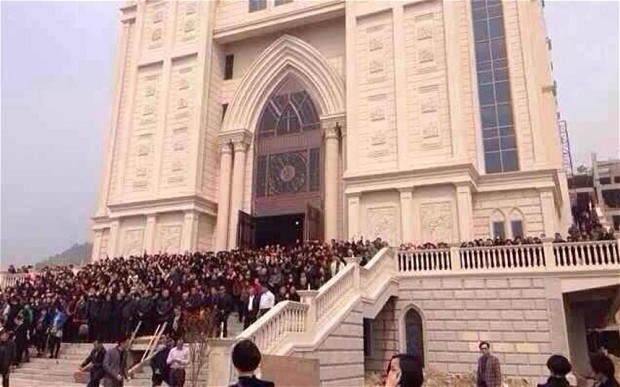 Some 3,000 Chinese Christians old and young have formed a round-the-clock human shield around a massive newly built church that Communist Party officials threatened to bulldoze.

On 3 April officials plastered a notice on to the Sanjiang church in the eastern port city of Wenzhou, a cornerstone of Chinese Christianity, warning it would be demolished in 15 days.

The words "Demolish" and "Illegal construction" also appeared on the church’s walls.

The 4,000-seater building cost around 30 million yuan (£2.91 million) and took almost six years to build. The congregation is registered with the authorities.

Provincial Party chief Xia Baolong complained that the church’s cross was too high and the building is too large. Another official said it was structurally unsound.

Pastor Timothy Liao said: "Why only target churches when many buildings violate height limits? Clearly, this is a pretext to tear down churches."