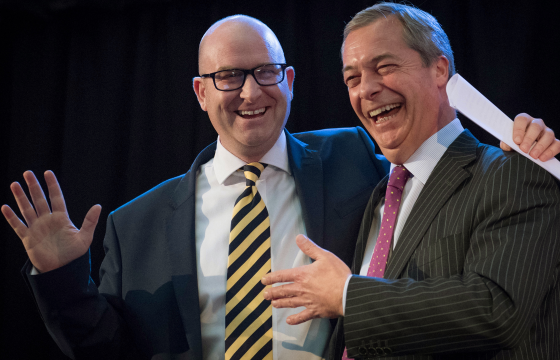 Paul Nuttall: The new leader who believes the UK Independence Party's policies make it a natural fit for Catholics

Science and Church must work together for all humankind 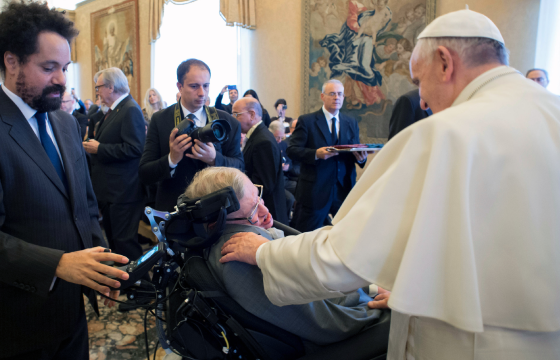 Pope Francis told some of the most well respected scientists in the world that it was vital that religion and science work together to help eradicate water and food poverty and help prevent the planet from the ravages of climate change, during the Plenary Session of the Pontifical Academy of Sciences on Monday in the Consistory Hall of the Apostolic Palace in the Vatican.

The sessions, which are taking place all this week, brought together leading scientists from a broad spectrum of fields to explore how available - or expected to be available soon - scientific advances affect the sustainable development of human societies and their environments.

The working understanding of sustainability out of which Academy members were invited to work is one in which development should contribute to life on Earth at the very long term, to maintain a relatively stable equilibrium of human civilization within the broader and constantly evolving planetary ecology.

In remarks prepared for the occasion and delivered to  the Academicians Monday morning, Pope Francis said, “[I]t falls to scientists, who work free of political, economic or ideological interests, to develop a cultural model which can face the crisis of climatic change and its social consequences, so that the vast potential of productivity will not be reserved only for the few.”

The Holy Father also called on political leaders informed by the best efforts of the scientific community to craft laws and a binding international structure of norms to safeguard the created order and the human ecology at the center of it.

“It has now become essential to create, with your cooperation, a normative system that includes inviolable limits and ensures the protection of ecosystems,” said Pope Francis, “before the new forms of power deriving from the techno-economic model causes irreversible harm not only to the environment, but also to our societies, to democracy, to justice and freedom.”

The Pope met Stephen Hawking who famously ended the mystery over whether he believed in god or not in 2014, when he said: "Before we understand science, it is natural to believe that God created the universe. But now science offers a more convincing explanation.

"What I meant by 'we would know the mind of God' is, we would know everything that God would know, if there were a God, which there isn't. I'm an atheist."

Francis told the scientists in his address: "The Pope told them that humanity does not own God’s gift of creation and has no right to pillage it. We are not custodians of a museum and its masterpieces that we have to dust off every morning, but rather collaborators in the conservation and development of the existence and biodiversity of the planet and human life.”