US Church must become 'agent of healing' post-Trump, says Cardinal-elect

Archbishop Tobin, who receives his red hat tomorrow, said the Church must focus on reconciliation 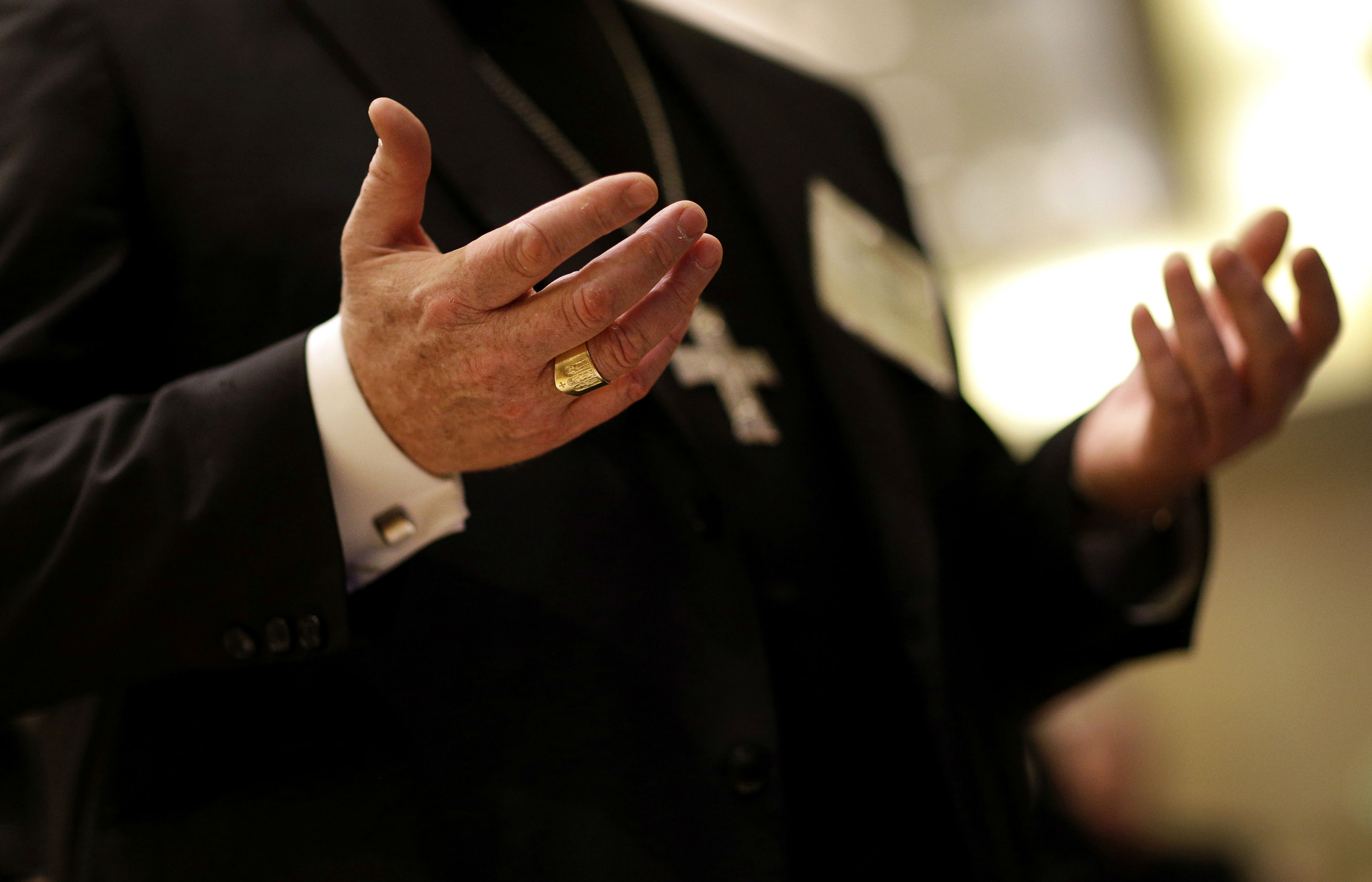 The United States’ Church must become an “agent of healing” in the aftermath of the election of Donald Trump, according to new cardinal-elect Joseph Tobin. And he described recent criticism of Pope Francis’ landmark document on the family, Amoris Laetitia, as “naive”, stressing that Church teaching on marriage cannot be reduced to black and white answers.

Following the election of Trump last week - who ran on a strongly anti-migrant platform - Archbishop Tobin, who receives his red hat tomorrow, said the Church must focus on reconciliation.

The new cardinal, who lived outside the US for 20 years due to his work at the top of the Redemptorist order, said he was shocked by the divisions in the country on his return.

“I found a much greater degree of polarisation within American society, and a polarisation that always risks seeping into the Church as well. And I found that shocking and distressing,” he said.

“I think [post-Trump] one of the principle missions of the Church in the United States is to be an agent of healing that promotes the common good, and unity in diversity. That’s always been a hallmark of the American Church, because American Catholics all came from some place else. If we forgot that as American Catholics, on the day of judgment it will not be Jesus who condemns us, it will be our grandparents, because we forgot.”

He added: “This election enhanced the sense of polarisation - pitting groups against each other. In the wake of that election I feel the mission of the Church is even more crucial, not simply to be faithful to the Gospel but to help our nation preserve the best of its traditions.”

The cardinal-elect also had strong words for critics of Pope Francis, who claim his family document is spreading error and confusion. This week four cardinals challenged the Pope over Amoris Laetitia, which opens the way for divorced and remarried Catholics to receive communion in some circumstances, something vigorously opposed by conservatives.

US Cardinal Raymond Burke said this week the Pope was “teaching error” and has threatened to make a “formal act of correction” if Francis does not answer questions the cardinal and three other retired prelates have submitted. The queries are being presented as “dubia” - a Latin term - and require a yes or no answer.

But Archbishop Tobin told The Tablet: “Amoris Laetitia cannot simply be reduced to a question of ‘yes or no’ in a specific pastoral situation. The Holy Father is capturing the work of two synods so if four cardinals say that two synods were wrong, or that somehow the Holy Father didn’t reflect what was said in those synods, I think that should be questioned."

He went on: “He believes that what he published is rooted deeply in that reflection, which was not an easy one. I was not a member of that synod but reading the documents and knowing a little about the participants, I realise it was not easy but you are dealing with difficult pastoral questions. Just to simply reduce it to a "dubium", I think it is at best naive.”

Instead, Cardinal-elect Tobin explained, Amoris Laetitia is about “addressing the challenges Catholics in their moral life and their ministers face” and trying to show that “it isn’t simply a ‘yes’ or ‘no’ [but] a whole manner of arriving at the proper conclusion for an individual”.

Although the protest by Cardinal Burke and three other cardinals was “troublesome”, Tobin said a sense of Church history was important, pointing to the more dramatic divisions between bishops during the 4th century Arian controversy. This was a debate concerning the divine nature of Christ which led to serious disagreement in the Church.

Along with being made a cardinal, the Pope has also named Tobin the new Archbishop of Newark, New Jersey, a large archdiocese with 1.5 million Catholics. He is, however, sad to be leaving his current archdiocese of Indianapolis praising the people there as “welcoming and generous” and describing his experience as “fabulous”.

His rise is remarkable given that four years ago the cardinal-elect was forced out of his position as number two at the Vatican’s department for religious, allegedly for being overly conciliatory to female religious in the United Sates who conservatives felt needed to be brought into line.

Warm and pastorally sensitive, Archbishop Tobin has said he rejects the idea that being a cardinal means he is now a “prince of the church” and instead sees it as an “invitation to serve”.

The eldest of thirteen, the new cardinal’s 93-year-old mother Marie-Terese and eleven of his twelve siblings will be in Rome when the Pope gives him his red hat, along with sixteen other prelates.

Archbishop Tobin - the grandson of immigrants - has travelled the world as leader of the Redemptorist religious order, while in the United States he worked with hispanic migrants. In Indianapolis he welcomed a family of Syrian refugees into his diocese in the face of opposition from then-Indiana governor and now Vice-President elect Mike Pence. That family, Tobin explained, have integrated extremely well into America.

Archbishop Tobin said the Pope’s mission is for the Church is to “go beyond itself” and pointed to Francis' 2013 pre-conclave speech to his fellow cardinals warning of the sickness of the Church becoming too “self-referential.”

“I suppose it’s analogous to the trivia question: what is the deadest place on earth? And the deadest place on earth is arguably the Dead Sea. And it isn't that it doesn’t get a lot of nice water from the highlands of Galilee but the water doesn’t go anywhere, it stays contained and it becomes fetid and dies. I think what Francis wants to make sure is that all the wonderful gifts that the Word of God and the Catholic tradition gives to the Church, goes some place”, he explains.

“And where he wants it to go is to some of the deadest places on earth, which are the margins of society. It's that vision of Ezekiel, ‘I saw water and it was flowing' and that water, it flowed to the east. Not for the reason ‘ad orientem’ folks sometimes use but because it was going to the Dead Sea, that’s where it ends up. And it turns the Dead Sea fresh. I think Francis dreams with Ezekiel of a Church that does that.”

READ MORE: The complete interview with Cardinal-elect Tobin will appear in the 26 November print edition of The Tablet