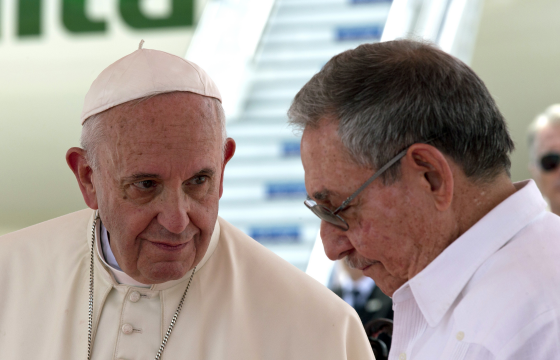 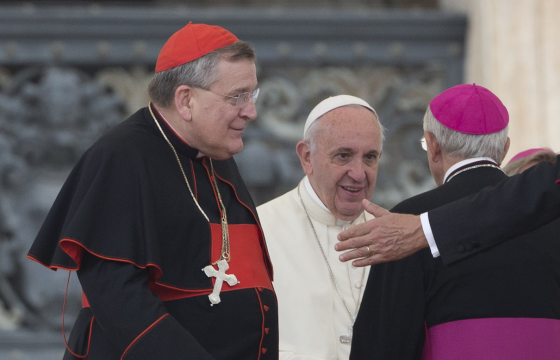 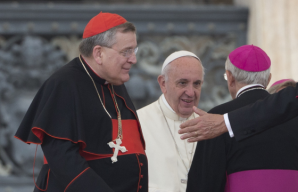 One of Pope Francis’ most prominent critics has upped the ante. In an interview with the National Catholic Register United State’s Cardinal Raymond Burke has said the pontiff is “teaching error” by suggesting divorced and remarried Catholics can receive communion and has threatened to make a “formal act of correction.”

He and three other retired cardinals have written to Francis calling on him clear up the confusion which are contained in the Pope’s family synod document, Amoris Laetitia which they claim is causing “grave disorientation and great confusion” among Catholics. And they have put five questions to him - known as Dubia - which demand a “yes or no” answer.

But the Pope has not responded so the group - including Joachim Meisner, retired leader of Cologne, Carlo Caffarra, retired leader of Bologna, and Walter Brandmüller, formerly in charge of the Vatican’s historical sciences committee - have gone public with their concerns.

So why is the Pope staying silent? Francis believes their questions are a trap and has opted not to engage in a debate which seems on the cardinals' terms and designed to make him restate old rules. He has also definitively endorsed the Argentinian bishops’ position which is that communion can be given to remarried Catholics in some cases - and he is leaving it up to individual bishops in general to make the call.

For the conservatives this is the crux of the problem. It is not so much “confusion” about the document but that the Pope has ruled in favour of personal conscience, discernment and power to the local churches. That is scary for them because it means throwing off the comfort blanket of clean, clear unequivocal papal teaching.

But the truth is that when it comes to marriage and divorce a “one size fits all” solution doesn’t work, and Francis knows it. He also knows that most Catholics agree and that Amoris Laetitia reflects the reality of countless numbers of parishes. And he may be sceptical of the claim that the faithful are “confused” from a group of cardinals not currently engaged in front-line pastoral work.

Anyone watching the new Netflix series “The Crown” might have been struck by the similarity between this debate and the Church of England’s refusal to allow Princess Margaret to marry Group Captain Peter Townsend, on the grounds he was a divorced man.

The proposed marriage between Margaret and Townsend, the senior bishops tell the young Queen in one scene, cannot happen as it would threaten the sacrament of marriage. Those events took place more than half a century ago and the Church of England has since changed its position on the issue.

And in the Catholics’ similar debate over communion for divorced and remarried Francis is betting that his teaching will be the one that stands the test of time.