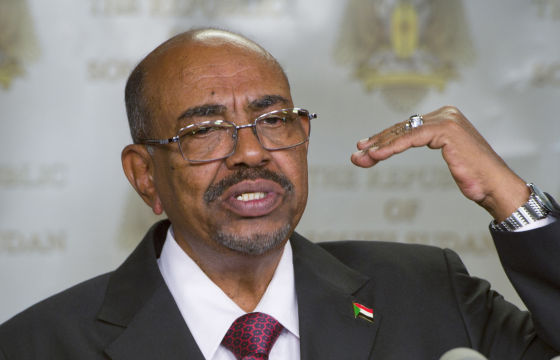 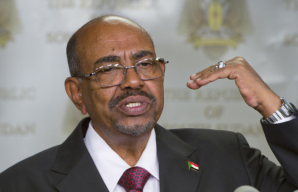 The Catholic Church in South Africa has made a strong appeal to the government to reconsider its decision to withdraw from the International Criminal Court (ICC), saying the ruling ANC party must take the higher moral ground, as was its trademark during apartheid, and do all they can to prevent crimes against humanity in Africa.

South Africa signed an Instrument of Withdrawal from the Hague-based human rights tribunal on 21 October, saying it found its own obligations to international human rights incompatible with the ICC’s interpretation.

Pretoria said it would leave the ICC last year after receiving criticism for ignoring a court order to arrest the visiting Sudanese president, Omar Hassan al-Bashir (pictured), who is accused of genocide and war crimes. Under the Rome statute, countries have a legal obligation to arrest anyone sought by the tribunal.

The Justice and Peace Commission of South African Bishops has said in a statement that they reject the government's argument that its obligations to the ICC are in conflict with its observing international diplomatic standards.

“We appeal to the government to reconsider its decision and remain within ICC until such a time that Africa has developed a credible and effective regional court with the capacity and will to demand accountability of all state officials and leaders, particularly the serving heads of governments,” added the statement, released on 24 October.

Several African countries have expressed concern that the global court focuses too much on African prosecutions. Burundi is due to become the first country to withdraw from the Rome Statute, the 1998 treaty establishing the global court, after its parliament voted last week to leave.

South African bishops are concerned that should South Africa also pull out of the international court it would trigger a mass withdrawal of African countries and “entrench impunity”.

Instead, the statement urges South Africa to join with other members of the African Union in using their regional bloc advantage to challenge the focus of the court’s prosecutorial policy, with which they hold concerns.

The bishops urged the ruling African National Congress (ANC) party, who have a majority in parliament, to “listen to their conscience and do the right thing” when the decision to withdraw from the global court is debated in parliament.

The International Criminal Court is an essential deterrent against atrocities, the South African Bishops added.

‘Now more than ever, given the increasing levels of political instability, manipulation of terms limits and democratic reversals, Africa needs stronger deterrence mechanism against genocide and other crimes that shock the conscience of humanity,’ read the statement.

“South Africa’s proposed withdrawal from the international criminal court shows startling disregard for justice from a country long seen as a global leader on accountability for victims of the gravest crimes,” said Human Right’s Watch.

UN Secretary-General Ban Ki-moon regretted South Africa's decision to withdraw from the ICC and expressed the hope that the government will reconsider it, according to a statement released last week.

"The secretary-general believes that the International Criminal Court is central to global efforts to end impunity and prevent conflict," the statement said.

The International Criminal Court opened in July 2002 and has 124 member states. It was the first legal body with permanent international jurisdiction to prosecute genocide, crimes against humanity and war crimes.