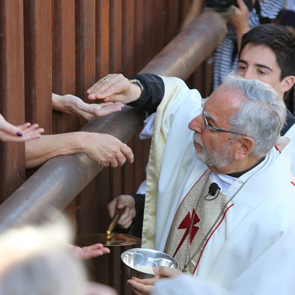 The Migration Committee of the US bishops’ conference, along with the Pro-Life Committee Chairman Cardinal Sean O’Malley and a delegation of Mexican bishops held a Mass at the US-Mexico border yesterday to commemorate the hundreds of people who have perished trying to cross the border.

Hundreds of would-be migrants trying to cross from Mexico into the US die each year in the desert of dehydration or hypothermia or in shootings by border patrols or vigilantes.

The bishops also gathered to urge Congress to pass comprehensive immigration reform legislation. Called “Our Lampedusa”, the event included a tour of the border area. It reflects the visit of Pope Francis to the Italian island of Lampedusa last year, to remember the African and Middle Eastern migrants who died when their boats capsized as they were trying to reach Europe.

Catholics on the other side of the border fence, in Mexico, participated in yesterday’s Mass. At Communion, they received the Eucharist through the slats in the wooden fencing. In his homily, Cardinal O’Malley spoke of the role immigrants play in US society and the suffering they endure to reach the country. 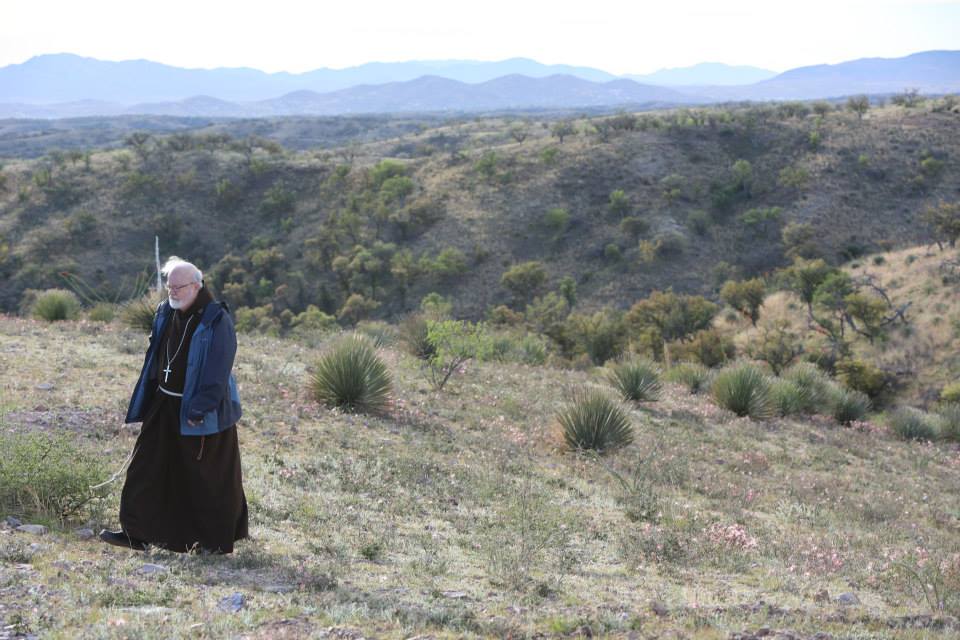 “Despite the xenophobic ranting of a segment of the population, our immigrant population contributes mightily to the economy and wellbeing of the United States,” O’Malley said. “Here in the desert of Arizona, we come to mourn the countless immigrants who risk their lives at the hands of the coyotes [people smugglers] and the forces of nature to come to the United States.”

He continued: “Tens of thousands of families are separated in the midst of migration patterns. More than 10 million undocumented immigrants are exposed to exploitation and lack access to basic human services, and are living in constant fear.”

Last year, the US Senate passed overwhelmingly a bipartisan reform bill that would require the more than 11 million undocumented immigrants currently in the US to wait as long as 13 years and pay a fine before becoming citizens. However, the law would immediately grant undocumented immigrants legal status, ending their fears of deportation and permitting them to work legally.

The Senate measure also creates a new worker visa programme for low-skilled workers who come to the US for seasonal employment in the agriculture industry.

In 2012 President Barack Obama grabbed 71 per cent of Latino voters to his opponent’s 27 per cent.

Top: One of the eight bishops celebrating the so-called Border Mass, passing the Host through the slats of the high fence. Above: Cardinal Seán O'Malley of Boston, who preached, and celebrated the Mass. Photos: George Martell/The Pilot Media Group