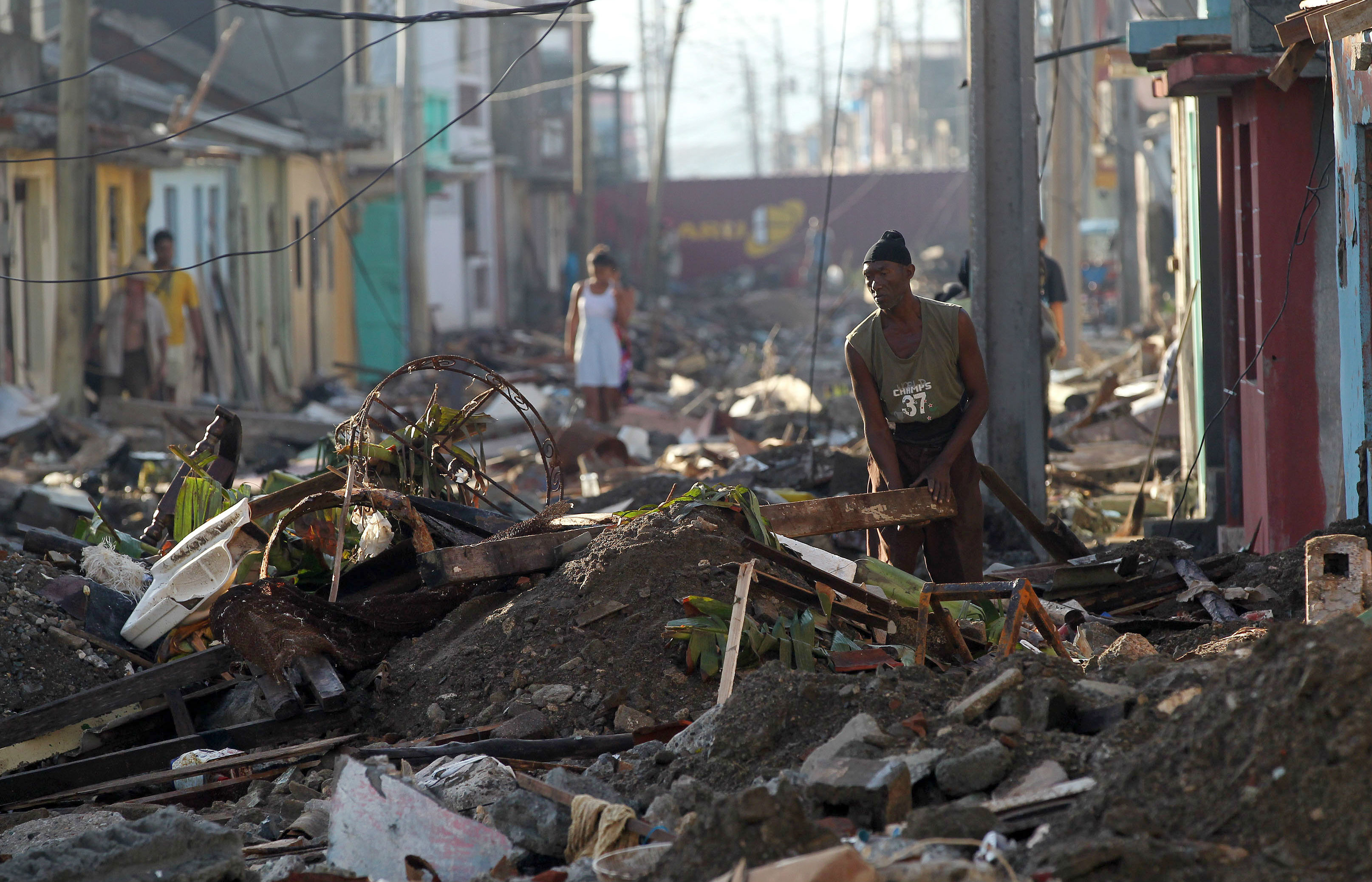 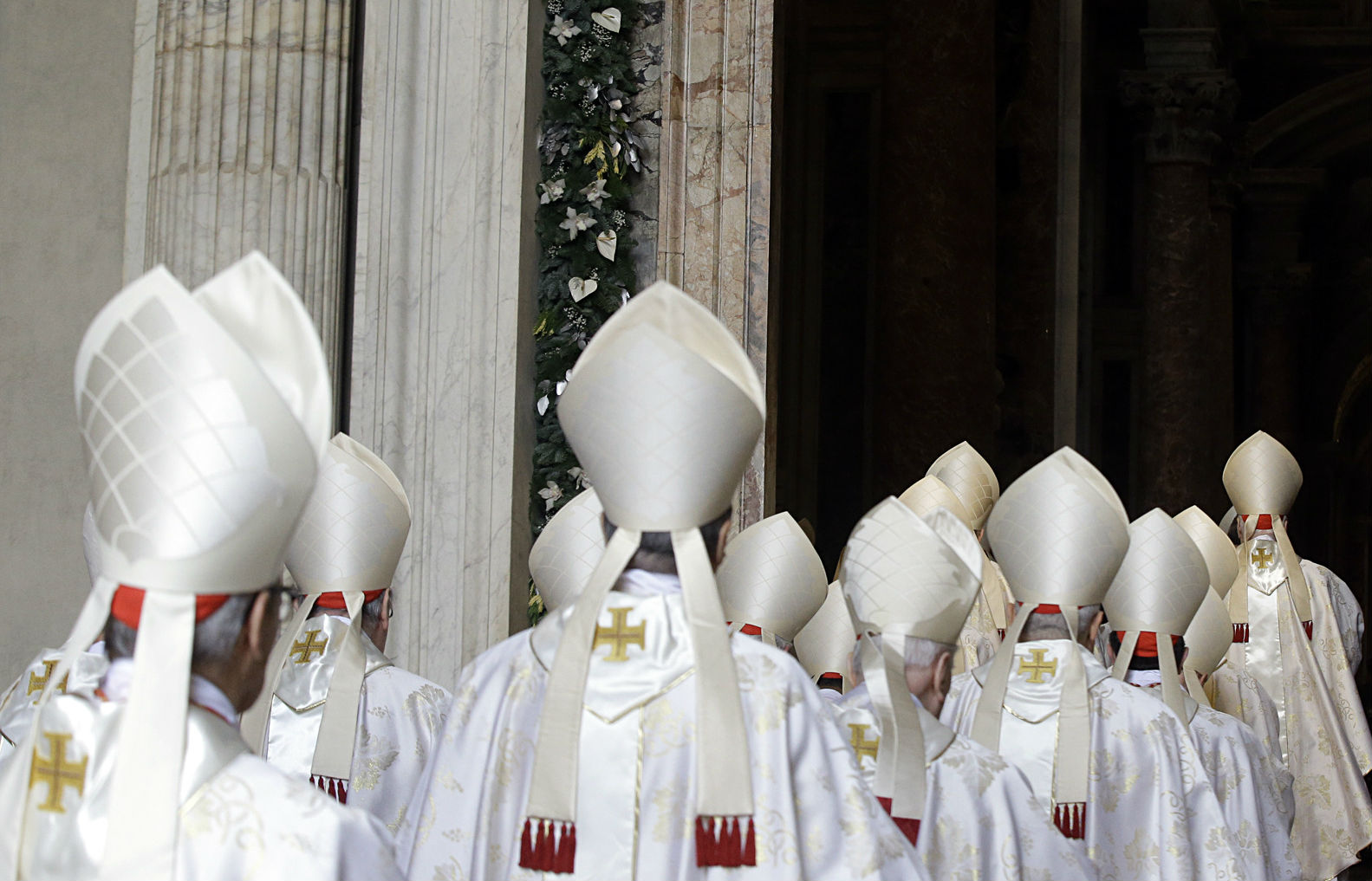 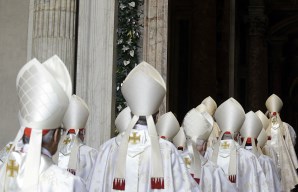 Pope Francis will conclude the Year of Mercy by creating 17 new cardinals, which include three from the US the most from any one country, an Albanian still alive despite being sentenced to death by the former communist regime for his faith, three Asian clergy who become the first cardinals in their respective countries and the head of the Catholic Church on the island of Mauritius in the Indian Ocean.

Announcing the names of the new cardinals today (9 October) after praying the Angelus, Pope Francis said: "Their provenance, from 11 nations, expresses the universality of the Church, who announces and bears witness to the Good News of God’s Mercy in every corner of the earth. The insertion of the new Cardinals in the diocese of Rome, furthermore, manifests the indissoluble bond between the See of Peter and the particular Churches around the world.

The new cardinals – 13 of whom are under the age of 80 and therefore eligible to vote in a conclave to elect a new pope and four over 80 being honoured for their "clear Christian witness" – will be inducted into the College of Cardinals on 19 November, the eve of the close of the Year of Mercy.

The next day, they will join Pope Francis and other cardinals in celebrating the feast of Christ the King and closing the Year of Mercy, the Pope said.

Shortly after the Pope's announcement, Archbishop Tobin tweeted: "I am shocked beyond words by the decision of the Holy Father. Please pray for me."

The first of the new cardinals announced by the Pope was Archbishop Mario Zenari, who, the pope explained, "will remain apostolic nuncio to the beloved and martyred Syria".

The last of the cardinals he named was Albanian Father Ernest Simoni, a priest of the Archdiocese of Shkodre-Pult, who will turn 88 on 18 October. He had moved Pope Francis to tears in 2014 when he spoke about his 30 years in prison or forced labour under Albania's militant atheistic regime. At the time, the Pope told reporters: "Today I touched martyrs."

Ordained in 1956, he was arrested on Christmas Eve 1963 while celebrating Mass and was sentenced to death by firing squad. He was beaten, placed for three months in solitary confinement, and then tortured because he refused to denounce the Church.

He was eventually freed, but later arrested again and sent to a prison camp, where he was forced to work in a mine for 18 years and then 10 more years in sewage canals.

The Albanian church said on Monday that Troshani's elevation was a sign of the pope's "honour and gratitude". It added in a statement: "Elevating the Albanian clergy persecuted during communism is a sign of how much this clergy has given to the universal Catholic Church with their martyrs."

In creating 13 cardinal-electors – those under the age of 80 – Pope Francis will exceed by one the 120 cardinal-elector limit set by Blessed Pope Paul VI. The number of potential electors will return to 120 by 28 November when Cardinal Theodore-Adrien Sarr of Dakar, Senegal, celebrates his 80th birthday.

Meanwhile Francis’ appointment of Malaysia’s first cardinal, Anthony Soter Fernandez, 84, has been described as an honour by Julian Leow, president of the Catholic Bishops’ Conference of Malaysia. Fernandez of Kuala Lumpur is one of only three Asian cardinals appointed this round, and all three are the first cardinals for their territories. Archbishop Sir John Ribat of Papua New Guinea becomes the first cardinal for the pacific islands territory while Archbishop Patrick D’Rozario is the first for Bangladesh.

Cardinal John Dew, the Archbishop of Wellington, who was created a cardinal by Francis last year, welcomed the news: “I, and I’m sure my brother bishops here in New Zealand and throughout Oceania, will be delighted to have heard the news overnight of Archbishop Ribat’s appointment.

“It’s wonderful for the people of Papua New Guinea, their first ever cardinal, within which there is a significant Catholic population, but it is also great news for the Pacific, and for the Church. He is currently serving as the President of the Federation of Catholic Bishops of Oceania, and his elevation is cause for celebration across all of Oceania,” said Cardinal John.

“This news again shows Pope Francis’ continued commitment to the Church throughout the world including the smaller nations in the geographical peripheries. This is much more than a choice of geography though, Archbishop Sir John Ribat is a humble, pastoral and committed leader in his country and the wider Oceania region, and this is acknowledgment of that and a call to further serve the global Church.

“I believe the global Church will benefit from the contribution of the Church in Oceania, despite our geographical distance from the rest of the world."

D’Rozario told Crux website that the announcement was both a "blessing" and a "grace" for both himself and Bangladesh. “My appointment as cardinal by Pope Francis is a blessing and a grace, and a recognition of the church in Bangladesh,” D’Rozario told Crux, “a recognition of the ‘smallness’ of the Church, but a church that’s vibrant in faith and a witnessing church in society through our works.”

“This is also a gift to the people of the nation, people of all religions. Bangladesh has a lot of challenges and difficulties, but has the capacity and the resilience and the strength to develop.”

Continuing the theme of looking in the far-flung corners of the world - or at least away from Europe - Archbishop Maurice Piat of Port-Louis on the island of Mauritius was also one of the 17. Speaking to Vatican Radio, Archbishop Piat, who is known for not being afraid to speak out against authority said that he was "very thankful to Pope Francis for having called me to such a responsibility. I am very touched by the trust he puts in me which is far from being deserved. I am at his disposal for whatever service he will ask of me.”

He added in an interview on local media network LeDefi: "I thought someone had a vision. I ask all my compatriots to pray for me. We are a small island far enough ... this is a mark of affection. This is not just encouraging for me but for all of those in the church in Mauritius."