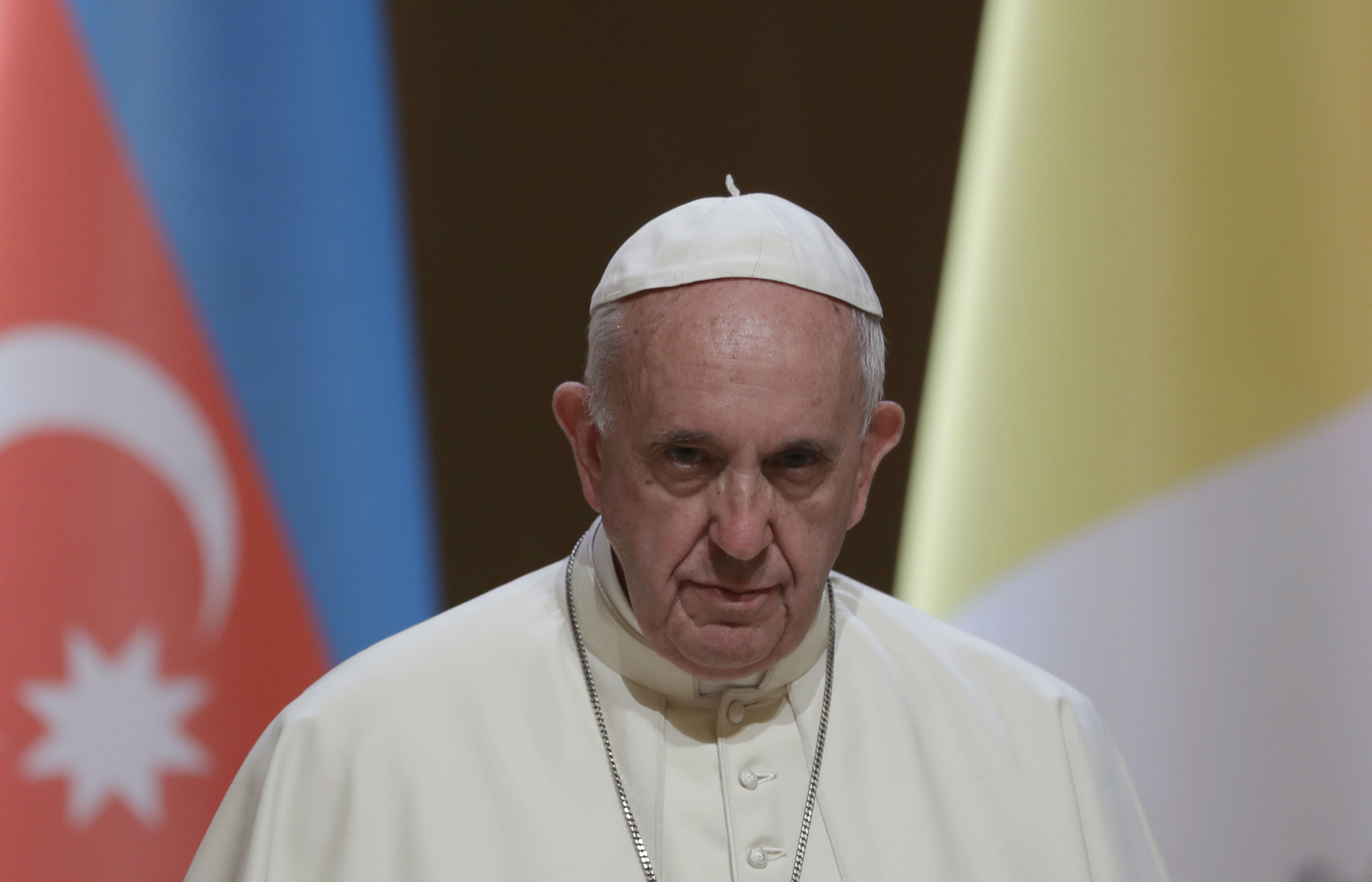 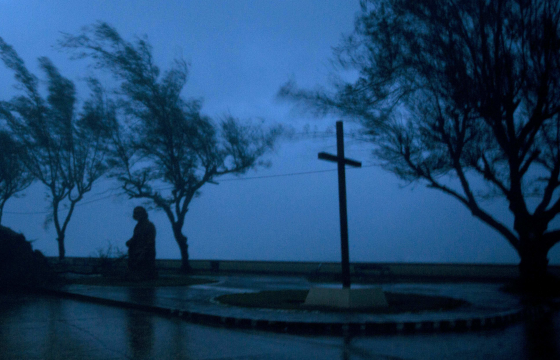 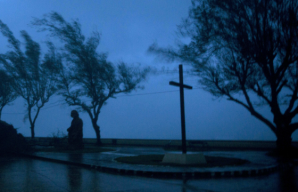 Aid and rescue workers in Haiti were waiting for the worst of the winds to subside on Wednesday morning before assessing the damage wrought by Hurricane Matthew which ripped through the Caribbean island throughout Tuesday and overnight into today.

The hurricane, which has been downgraded from a category four to a category three storm has so far claimed the lives of 11 people in Haiti, Cuba and the Dominican Republic. As the storm moves slowly north, next up is the Bahamas where Matthew is expected to make landfall today. Florida is also preparing to receive Matthew by Friday morning local time where it is expected to have strengthened once again to a category four.

In Haiti, the city of Les Cayes and coastal towns and villages in the south west of the island were experiencing the most destruction as the storm made landfall at dawn with 145-mile-per-hour winds. Forecasters expected Matthew to dump up to 40 inches of rain in some areas. Les Cayes and surrounding areas were the focus of concern for Catholic Relief Services. Kim Pozniak, communications manager, told Catholic News Service that the potential for landslides was high because of the geography of the region.

She said CRS staff were also troubled over the wellbeing of residents who decided to stay in their homes despite calls to evacuate. "I was told by staff in Les Cayes yesterday that the government was going around with megaphones to alert people. But many decided to stay put to protect their homes and belongings. We've heard that some people did not think the storm would be as severe as predicted," Pozniak said.

She said Chris Bessey, CRS country director, had been in contact with CRS staff in Les Cayes, despite disruptions in electrical and internet service. "Trees were knocked down and also there was some flooding already," she said.

The agency had positioned relief supplies, including food, sanitation and kitchen kits and emergency shelter materials in warehouses in the area, and workers were prepared to begin delivering aid once the storm moved north. Engineers were stationed in three locales and were preparing to begin assessing damage to homes and to help people with the shelter materials, Pozniak said.

In the hours before the storm made landfall, CRS staff had assisted Haiti's Civil Protection Agency by offering vehicles and fuel for use to help with evacuation, she added. CRS and at least one other Catholic agency had begun accepting donations for their emergency responses in Haiti:

Heavy rains also pounded the capital of Port-au-Prince, causing some flooding in low-lying areas, but winds were not as severe, Jacques Liautaud, Haiti manager for the church rebuilding project known as PROCHE, told Catholic News Service. "We're seeing mostly rain and a few gusts of high winds. Otherwise, it's been relatively calm," said Liautaud, who was in the country monitoring construction projects underway to help the Catholic Church rebuild after the country's powerful 2010 earthquake.

"The city is pretty shut down today. Everybody is sheltering in place," he said. 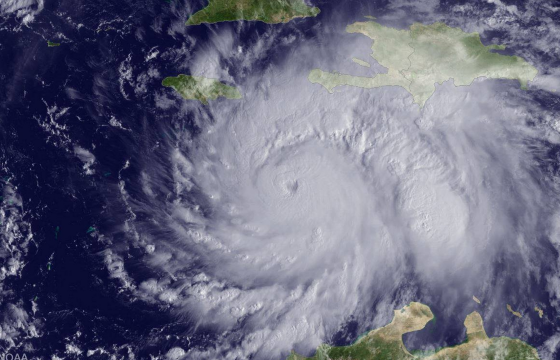 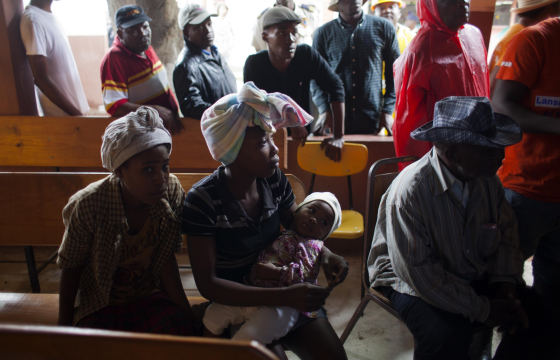 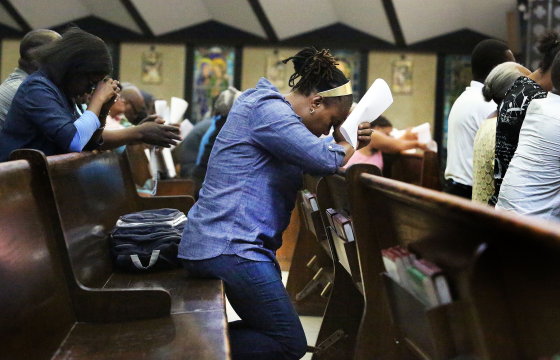 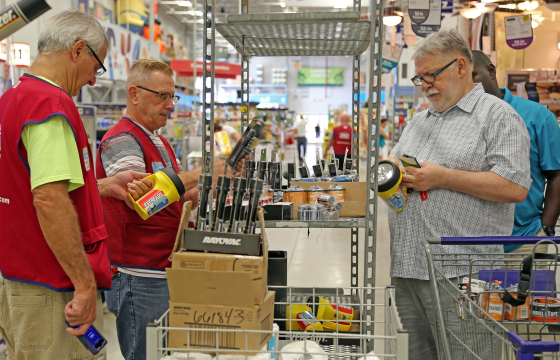 CLOCKWISE (from top left) - Hurricane Matthew as seen from the International Space Station; some Haitians gathered in churches to shelter from the storm; meanwhile, in Florida some locals prayed while others shopped for supplies before the storm was due to hit landfall on Friday

The BBC reported that Cuba was hit, but not as hard as Haiti. Meanwhile, authorities in Florida, Georgia, South Carolina, and North Carolina are warning people that the storm could make landfall anywhere along the south east corner of the United States on Friday. Florida Governor Rick Scott declared a state of emergency for the entire state.

The centre of Matthew was expected to continue on a northward path through the Windward Passage between Haiti and Cuba. Heavy rains were expected in eastern Cuba, and hurricane warnings were issued for the Bahamas and Turks and Caicos Islands.

Hurricane Sandy in 2012 was the most recent violent storm to strike Haiti, causing widespread flooding in many of the same communities affected by Matthew. Sandy also devastated Jamaica and eastern Cuba. In all, more than 70 people died in the Caribbean from the late-season hurricane. Sandy made its way northward, taking aim on New Jersey and New York to become the second costliest such storm in US history.