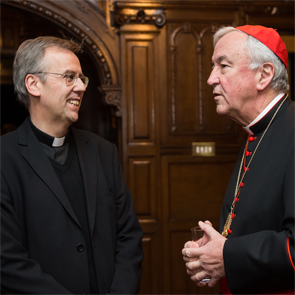 The president of the Italian bishops’ conference has defended a decision to exempt bishops from having to report claims of abuse by clergy to the police, because he said Italian law does not require it and victims may not want them to.

Cardinal Angelo Bagnasco told reporters on Saturday that the decision by the Italian bishops’ conference would not fall foul of Vatican rules. "The Vatican requires national laws to be respected, and we know that there is no such duty [to report abuse] under Italian law," he said on the sidelines of a meeting in Genoa.

The bishops’ conference published guidelines on Friday stipulating that clergy are under no obligation to inform authorities about suspected abuse but have a "moral duty" to act to protect the vulnerable and "contribute to the common good".

The abuse survivors group SNAP were highly critical. They said: “The stunning, depressing and irresponsible contradiction between what Vatican officials say about abuse and do about abuse continues.” They also criticised Pope Francis for not amending the Vatican requirement, which “give Italian bishops permission to ignore or conceal the rape of boys or girls,” they charged.

In Feburary the UN denounced the Vatican’s record on child protection. In its 16-page report it said: “The Committee is particularly concerned that in dealing with allegations of child sexual abuse, the Holy See has consistently placed the preservation of the reputation of the Church and the protection of the perpetrators above children’s best interests.”

Bagnasco said some victims may not want to press charges. "What is important is to respect the will of the victims and their relatives, who may not want to report the abuse, for personal reasons," he said.

Earlier this year Pope Francis defended the Church’s record on abuse, saying the Church had done more than "any other institution" to tackle paedophilia. Last weekend a woman who had been abused by a priest as a child was one of five lay people he appointed to a new commission for the protection of minors.