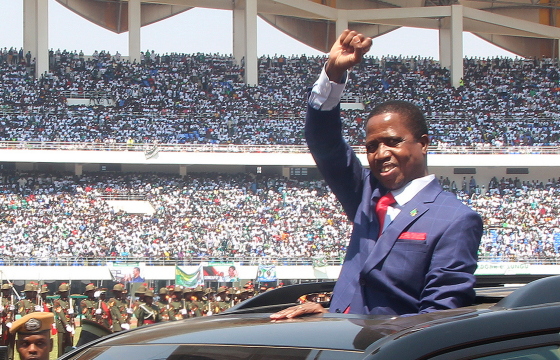 Francis 'grieved' over countries that have not helped out refugees enough 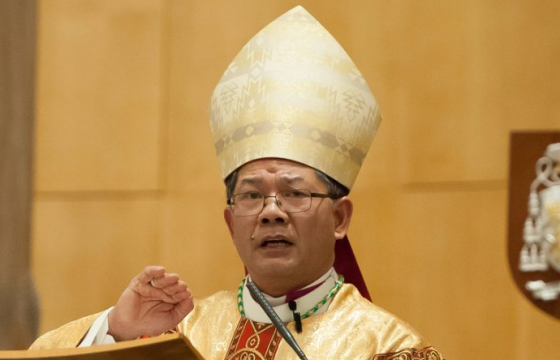 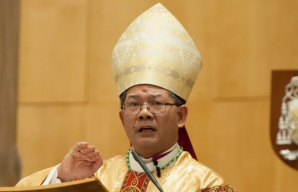 Parramatta’s Bishop Vincent Long has written in his diocesan paper Catholic Outlook of dining with Pope Francis in Rome and discussing the global refugee crisis. Throughout his papacy Francis has made appeals on behalf of refugees and migrants, while Bishop Long one of the hundreds of thousands of “boat people” who fled Vietnam’s communist regime after the Vietnam War.

Bishop Long said that while the Pope praised Italy’s treatment of asylum seekers, he was critical of the “cold-heartedness” with which some other countries acted towards them. “I spoke to his Holiness about a few things close to my heart,” he told the paper. “I introduced myself to him as Bishop of Parramatta and a former boat person. I raised the issue of asylum seekers in Australia and our Government’s harsh offshore detention policy. The Holy Father commended the way Italy handles the asylum seeker crisis and grieved over the cold-heartedness with which some other countries act towards them.”

Bishop Long, now 54, boarded a 17-metre boat at the age of 18 with 146 others in an attempt to escape Vietnam’s communist regime. On the seven-day journey those on board had to dispose of all of their supplies – even their water – simply to stay afloat. “But we count ourselves fortunate,” Bishop Long told the Sydney-based Catholic Weekly in 2011, “certainly more fortunate than thousands of other Vietnamese boat people who were robbed, raped, killed by pirates or simply perished at sea.”

He arrived in Melbourne after 16 months in a refugee camp in Malaysia. Bishop Long also spoke to the Pope about the opposition both from within the Church and elsewhere in respect of his leadership on issues such as climate change, the person-centred economy and concern for the marginalised. “His simple answer and his gesture left a deep impression on me: ‘I seek to be authentic.’ Pope Francis made me feel completely at home and without fear,” Bishop Long said. “When he asked me if I wanted wine and then poured it into my glass, it was as though the Servant Jesus came to life for me there and then. It was a privileged moment and an unforgettable experience. I thank God for it.”

Bishop Long welcomed Prime Minister Malcolm Turnbull's announcement at the UN summit on refugees last month that Australia will raise its humanitarian intake from mid-2018 from 14,000 to 18,750. But he said Australia's “harsh” policy of offshore detention on Manus Island and Nauru betrayed its long tradition of welcoming and resettling refugees.

Meanwhile Brisbane's Archbishop Mark Coleridge told an online conference in Sydney that the time of Christendom is over, and the Catholic Church must recognise its “real credential” is in mercy. “When I speak about the covenant of God, it is a community of Mercy in a merciless world. Find the hungry one, the thirsty one, the naked one, the sick one, the one who is infinitely strange and the one who is seemingly imprisoned by the power of death. Look at the Crucified and understand what you see,” Archbishop Coleridge said.