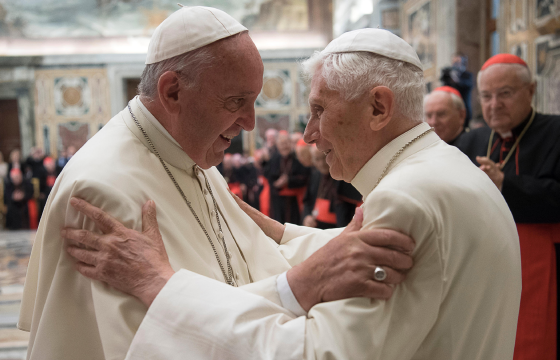 Benedict opens up about falling in love and reforming the Vatican 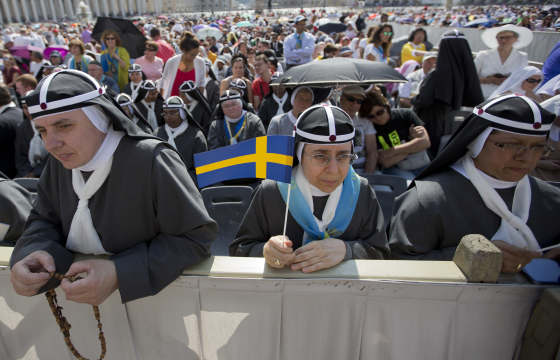 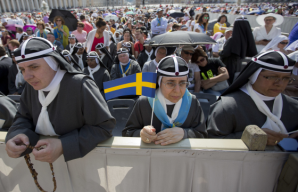 Although he has set aside time for a Mass with Catholics in Sweden, Pope Francis' trip to the mainly Protestant country at the end of October (31 October - 1 November) will focus heavily on ecumenical relations, especially with the Lutheran Church.

From the beginning, the trip was designed around Pope Francis' participation in events marking the beginning of a year-long commemoration of the 500th anniversary of the Protestant Reformation. Francis will join Lutheran leaders for an ecumenical prayer service in their cathedral in Lund and move with them to an ecumenical event at a sports arena in Malmo on thje day of his arrival on 31 October.

Organisers are asking for a donation of 10 euros for tickets for the event in the arena. All the proceeds will go to projects run by the Lutheran World Federation and Caritas Internationalis for Syrian refugees in the Middle East. Joint work on behalf of the poor and needy is a key component of how the Vatican and the federation have said Catholics and Lutherans should mark the anniversary of the Reformation.

Martin Luther, who was an Augustinian monk, priest and theologian, "had no intention of establishing a new church but was part of a broad and many-faceted desire for reform," said a Catholic-Lutheran document issued in anticipation of the anniversary. The commemorations, it said, are not a celebration of "the division of the Western church. No one who is theologically responsible can celebrate the division of Christians from one another."

The morning Mass Pope Francis will celebrate is on 1 November, the feast of All Saints, and will also be in Malmo, although the Vatican did not give the exact location in the brief outline of events it published Sept. 9.

According to Vatican statistics, there are about 110,000 Catholics in Sweden, less than 2 per cent of the population.

Here is the partial schedule the Vatican released for the trip. All times are local, with Eastern Daylight Time in parentheses:

- 8:20am Departure from Rome's Fiumicino airport.

- 11am Arrival at the international airport in Malmo.

- No time announced Courtesy visit with the royal family in Lund.

- No time announced Ecumenical prayer service in the Lutheran cathedral in Lund.

- No time announced Ecumenical event in the Malmo Arena.

- No time announced Meeting with ecumenical delegations in the Malmo Arena.

- 12:45pm Official farewell at airport in Malmo before departure for Rome.