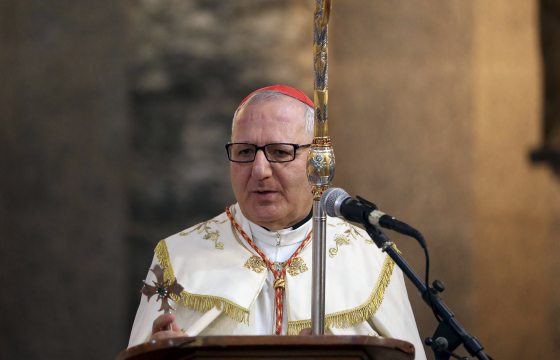 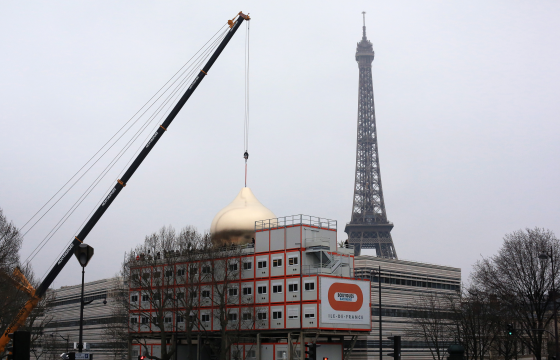 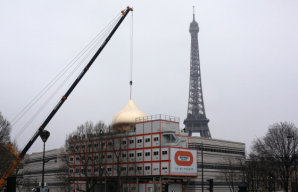 A huge Russian Orthodox cathedral complex is to be dedicated in October in central Paris, according to a senior official, at a ceremony attended by Patriarch Kirill and President Vladimir Putin.

"This centre will provide a great educational environment, with training and formation programmes in Russian", premier Dmitri Medvedev told a World Forum of Compatriots in Moscow. "Its main pearl will, of course, be the Holy Trinity cathedral, which will conform with the traditional canons of Russian Orthodoxy".

The Russian head of government was speaking as work was completed on the Moscow-funded €100 million (£85 million) complex at the French capital's Quai Branly, which will dominate the skyline close to the Eiffel Tower and Pont de l'Alma.

In a separate statement, the Moscow Patriarchate said the cathedral, which was completed in late August with the installation of four silver-plated copulas, would be the principal see of its Paris-based Korsun diocese. It added that the cathedral would share its 8000 square-metre site with a primary school, exhibition centre and concert hall, as well as church offices and a Russian Embassy cultural centre, and enjoy diplomatic immunity under a 1924 judicial protocol.

President Putin's government launched an architecture competition in 2010 for the complex on the former site of Meteo France, the national meteorological service, and obtained design approval in December 2013 from the Paris Prefecture after seeing off a rival bid from Saudi Arabia to use the site for a giant mosque, and an attempt by ex-directors of the Yukos oil giant to have it seized in compensation for the company's 2003 nationalisation.

However, the project's "ostentatious pastiche style" was bitterly opposed by the capital's former mayor, Bertrand Delanoe, who said it would be "inappropriate in relation to the Eiffel Tower" and incompatible with an area classified as a world heritage site. Delanoe, who left office after 13 years in 2014, said he also believed Paris deserved "more than mediocre architecture conceived in a hurry" and hoped UNESCO would block the complex.

Paris is already home to several other places of worship belonging to the Russian church, which has set up over 400 parishes in 52 countries after rapidly expanding since the 1991 collapse of the Soviet Union and plans other cathedrals and major basilicas in cities ranging from Madrid to Nicosia.