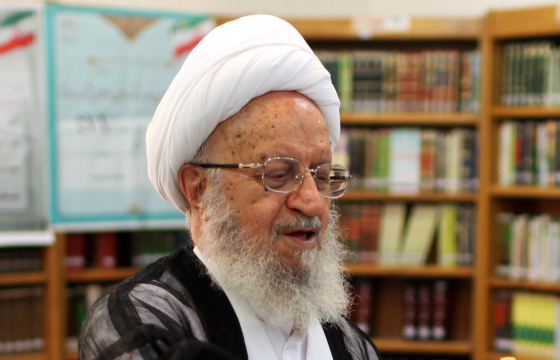 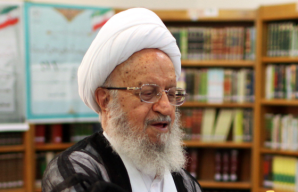 One of the top religious leaders in Iran has told Pope Francis that he is delighted that the head of the "Catholic world" has been quick to separate the activity of terrorists, and those who support terror groups like Islamic State (IS), from practising Muslims.

Grand Ayatollah Naser Makarem Shirazi of Qom also stressed that it is necessary for religious leaders to adopt clear stances when it comes to accusing religions of violence.

“I am really delighted to have heard your comments during your last trip to Poland in which you stated 'Islam is not equal to terrorism' and further dismissed the association of violence and harshness with any and all divinely-sent religions,” Ayatollah Shirazi wrote.  “Your wise and logical stance regarding Islam in disassociating the religion from the inhumane actions and atrocities of the Takfiri groups such as Daesh is truly admirable,” he said.

Francis made the comments about the separation of IS from Islam on the aircraft home from World Youth Day in Poland at the end of September. He was replying to a request for comment from the Vatican press corps about the death of Fr Jacques Hamel who was killed by jihadists during morning Mass at a church near the city of Rouen on 26 July.

“I do not believe it is right to identify Islam with violence,” Pope Francis told journalists on the papal flight back to Rome . “This is not right and it is not true. I don’t like to speak about Islamic violence,” the Pope said, taking into account that one sees violence every day in the newspapers, even at the hands of baptised Catholics. “There are violent Catholics!” he said. “If I speak of Islamic violence, I must speak of Catholic violence.”

“Terrorism is everywhere. You think of tribal terrorism of some African countries,” he said. “Terrorism grows when there are no other options, and when the centre of the global economy is a the god of money and not the person – men and women – this is already the first terrorism!”

Shirazi agreed with Pope Francis saying, “such barbaric acts have nothing to do with divinely-sent religions and their various schools of thought.” “Rather, they originate from the inferior materialistic objectives of some corrupt superpowers who seek nothing but to obtain more illegitimate wealth,” he said. Shirazi prayed for the success of the Pope “in spreading kindness, peace and spirituality in the world”.

Earlier this month, the Grand Ayatollah told a meeting between the two religions that: "Inter-religious cooperation can solve wars, disputes, ethical evils, and political and economic problems. We are happy that [the] Vatican has set up a ministry to deal with the issues of peace and justice."

Shirazi said that Pope Francis had expressed his gratitude over Shia clerics' strong opposition to extremist takfiri groups* and those that have sympathy for these groups. The vast majority of Iranians are Shia Muslims.

Shirazi also warned the Pope that Christianity and Islam are facing three common challenges which both religions need to tackle simultaneously: blasphemy, extremism, and ethical evils.

The Grand Ayatollah is one of a group of senior Shia and Sunni Muslim clerics who have begun an open dialogue with the Vatican and each other. Earlier this year the Grand Ayatollah welcomed the comments of Sheikh Ahmed al-Tayib, the Grand Imam of al-Azhar, in Egypt and considered to be the leading Sunni cleric over a harsher stance on Islam. Earlier this year Al-Tayib issued a fatwa prohibiting the violence against humanity perpetrated by the Islamic extremist groups.

"We also stress the fact that not only can this fatwa prevent the massacre of innocent Muslims, but it will also be a hindrance to the Islamophobia which is being promoted by the westerners, who are either unaware of the reality of Islam or are enemies of Islam," Shirazi said. "This way, the whole world will know that these barbaric acts and unspeakable atrocities have nothing to do with Islam.

"Furthermore, we emphasise the fact that Islam strongly condemns even the massacre of non-Muslims, so no matter where these terrorists carry out their attacks and slaughter innocent people, their acts have nothing, whatsoever, to do with the teachings of Islam.

* A Muslim (or a group of Muslims) who accuse other Muslims of apostasy. The most notable takfiri extremist groups are Isis, Boko Haram and the Taliban

READ THE LETTER IN FULL:

Grand Ayatollah Makarem Shirazi wrote a letter to Pope Francis. What follows is the English translation of this letter:

In the Name of Allah,
To His Eminence Pope Francis
The Leader of the Catholic world

Greetings,
I am really delighted to have heard your comments during your last trip to Poland in which you stated “Islam is not equal to terrorism” and further dismissed the association of violence and harshness with any and all divinely-sent religions. Your wise and logical stance regarding Islam in disassociating the religion from the inhumane actions and atrocities of the Takfiri groups such as Daesh is truly admirable.

Indeed, it is absolutely necessary that the world’s religious leaders take clear and strong stances against violence and barbarity in any part of the world, particularly when such acts are committed in the name of religion.

I strongly condemn the Takfiris’ vicious terrorist attack on the French Church which led to the cruel murder of a priest. I also declare, as I have already said in my previous letter to you, that all of the scholars of the Muslim world as well as the vast majority of the Muslim people consider all Takfiri sects to be outside the fold of Islam. We also consider these Takfiri groups as the world’s worst crisis in the present era. It is worth noting that we have been warning the world of this great danger for years.

During the last two years, we have held two International congresses in the holy city of Qom on the “dangers posed by the deviation of the Takfiri movements” in which numerous prominent Islamic figures along and scholars from 80 different countries took part. During the events, all Muslim scholars unanimously condemned any and all forms of violence, terrorism and murder of innocent people under the name of religion, and announced such actions as absolutely denounced by the Islamic laws.

They also warned those merciless, ignorant and murderous minorities that their path ends in Hell!

Undoubtedly, the Takfiri terrorist groups would have been destroyed by now, had it not been for the support and aid that they receive from some corrupt superpowers.
As you have also clearly stated, such barbaric acts have nothing to do with divinely-sent religions and their various schools of thought. Rather, they originate form the inferior materialistic objectives of some corrupt superpowers who seek nothing but to obtain more illegitimate wealth. Fortunately, public awareness has been raised regarding such extremist and terrorist groups, and we can be hopeful that such actions will finally come to an end.

In the end, I pray to Allah the almighty for your success in spreading kindness, peace and spirituality in the world.