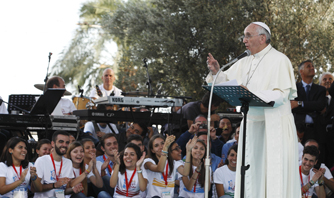 Thousands of Christians in Pakistan have taken part in protests and vigils to demand the Government take action following a double suicide bombing at an Anglican church in Peshawar on Sunday that killed at least 81 worshippers.

Demonstrators today started fires on one of the main roads leading to the capital, Islamabad, and barricaded others with burning tyres. Other protests have taken place in Lahore and Karachi.

Hundreds of Christians, including families of those killed in the attack, blocked traffic on a major road leading into Peshawar.

Church leaders appealed for calm. The president of the Catholic bishops' conference, Archbishop Joseph Coutts of Karachi, said: "I urge all Christians to remain peaceful and pray." But he acknowledged Christians' fears that they are inadequately protected from terrorism and called on the authorities to do everything necessary to catch those behind the "shameful and cowardly" attack, which is thought to be the worst ever against Christians in Pakistan.

In addition to the high death toll, at least 81 Christians were killed and more than 140 injured when two members of a group linked to the Taliban blew themselves up at the end of a service at the 130-year old All Saints' church on Sunday morning. One of the cathedral's clergy, Revd Ijaz Gill, was among those injured.

Pope Francis described the attack by two Taliban members as an act of hatred and war, and the Archbishop of Canterbury urged the Pakistani Government to provide adequate protection for the country's Christian minority.

In a letter to the Church of Pakistan, Archbishop Welby wrote: "I pray for the peace of Pakistan and the protection of Christ's people. With the people of Peshawar, I join in calling for the Pakistan Government and all people of good will to ensure that communities may go about their daily lives in safety, and that the perpetrators are brought to justice. Please be assured of my prayers and fullest support as you provide leadership and care for your people at this difficult time." Later he tweeted: "Peshawar bomb reveals depths of human evil, yet those suffering speak of forgiveness as well as justice. That is the love of Jesus shown."

A spokesman for the Bishops' Conference of England and Wales said: "The massacre perpetrated on the worshippers of All Saints' Church in Peshawar was horrific and our thoughts and prayers are with all those affected by this tragedy. Christians show great courage in giving witness to their faith in Pakistan and Sunday's attack is a terrible demonstration of the threat facing Christians and other minorities from terrorists and their violent ideology. The Pakistani Government has an obligation to ensure that Pakistani Christians and other minorties are protected from further atrocities."

Catholic and Anglican schools are shut for three days this week as a sign of mourning and protest.

Maulana Tahir Ashrafi, chairman of the Ulema Council of Islamic clerics and scholars, criticised the Pakistani Government for failing to protect the country's non-Muslims. "It is shameful that the Government fails to protect minorities in Pakistan," he said, stressing his closeness "to our Christian brothers and sisters".

In unscripted remarks at the end of a visit on Sunday to the Italian island of Sardinia, Pope Francis said: "Today, in Pakistan, because of a wrong choice, a decision of hatred, of war, there was an attack in which over 70 people died. This choice cannot stand. It serves nothing. Only the path of peace can build a better world." Pope Francis then prayed with the crowd for the victims.

Chaudhry Nisar Ali Khan, the Minister of Interior, said the Government would bear the cost of rebuilding the damaged church.