A 26ft (8m) mural depicting the reconstruction of Buckfast Abbey Church is to be unveiled by its Benedictine monastic community next week. 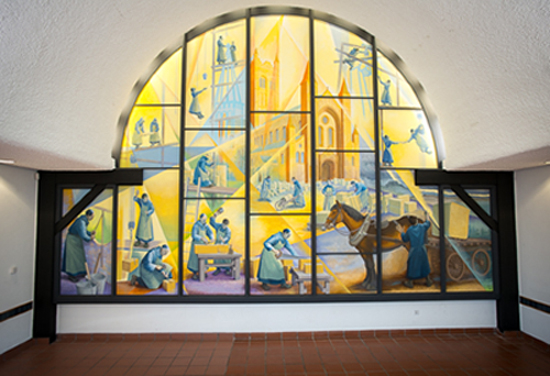 The painting, which shows the monks rebuilding the church on its original foundation 100 years ago, was designed and painted over three years by Mother Joanna Jamieson, 79, who described it as “the project of [her] life”. She was assisted by Sisterr Mary Stephen CRSS.

The work, which measures 26ft by 18ft and is situated in the Abbey’s Grange Restaurant, takes the form of a window looking out over the rebuilding in progress. 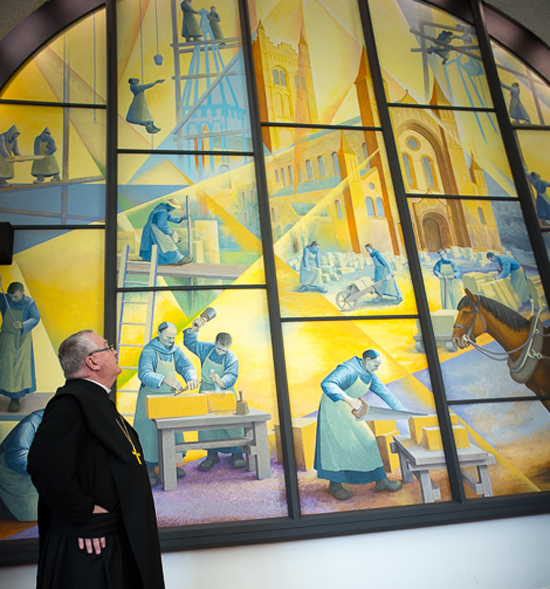 Mother Joanna, who comes from Glasgow, trained as a mural painter at the Glasgow School of Art in the 1950s before she entered Stanbrook Abbey, where she later served two 12-year terms as Abbess.

“It has pushed me to the limit both physically and mentally but there has been a lot of enjoyment in it as well,” she added. 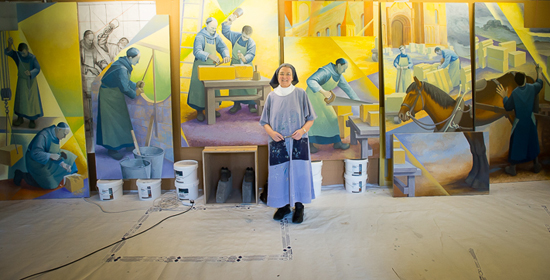 Robin Simon, editor of the British Art Journal, wrote in the Daily Mail: “This is a stupendous work: accomplished, confident, beautifully planned and executed.”

It will be unveiled at a reception next Wednesday.

Above: Mother Joanna and Abbot David Charlesworth with the mural. Photos: Buckfast Abbey