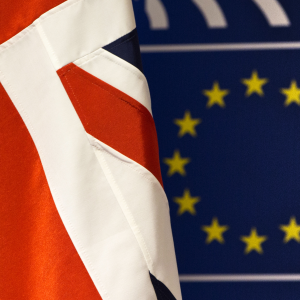 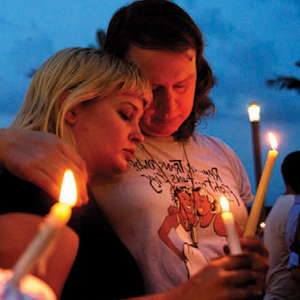 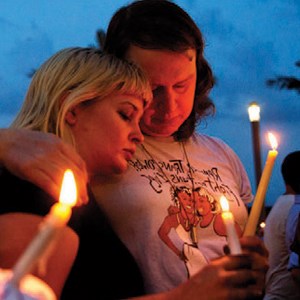 Club massacre shakes Pope
Pope Francis is reportedly “shaken” by the massacre in a gay nightclub in Orlando, Florida early on Sunday morning that left 49 people dead (at time of going to press). Vigils were held in the city and around the world. Vatican press spokesman Fr Federico Lombardi SJ said that the “terrible massacre, with its dreadfully high number of innocent victims, has caused in Pope Francis, and in all of us, the deepest feelings of horror and condemnation, of pain and turmoil before this new manifestation of homicidal folly and senseless hatred.” The deadliest mass shooting in recent US history ended with gunman Omar Mateen, a US citizen of Afghan descent, being killed by police. The attack also left 53 people injured.

Mateen phoned the police from a toilet where he was holding hostages, and made a pledge of allegiance to Islamic State while speaking to the police.

Abuse case may go to trial
The appeals court in Lyons has ruled that sexual-abuse allegations against a French priest are not covered by the statute of limitations, making it likely the case of Fr Bernard Preynat could go to a trial at which Cardinal Philippe Barbarin’s decision not to report him to the authorities should play a central role. Preynat is under judicial investigation for abusing four boy scouts between 1986 and 1991. He has admitted guilt and said his superiors knew of his activity. Barbarin, Archbishop of Lyons since 2002, was questioned for 10 hours by the police family protection brigade last week about his failure to report Preynat and his decision to remove him from ministry only last year.

A coalition of over 14 Christian groups in Nigeria raised the alarm on 3 June over government plans to introduce a constitutional amendment “aimed at expanding the Islamic legal system across [Nigerian states] by the back door”. They cited a bill before the National Assembly to expand the jurisdiction of sharia law. Nine of Nigeria’s 36 states have instituted sharia but the process is encroaching southwards from the Muslim-majority north. The Christian Association of Nigeria alleged last week that President Muhammadu Buhari’s administration has taken up pro-Islamic policies.

Archbishop Anthony Fisher of Sydney has criticised the Australian Sex Party over its declaration of an “all-out war” on the Catholic Church during the federal election campaign, saying the libertarian party was targeting the faith of more than a quarter of the Australian population. Sex Party president Fiona Patten (pictured above), an upper house member of the Victorian parliament, said in an email to supporters that hers was the only party prepared to stand up to the religions that stood in the way of changes to the law. The Australian newspaper reported on 10 June that Patten had said in an email appealing for money for advertising for the 2 July election: “Not only will [the Australian Sex Party] talk about key issues like marriage equality, voluntary assisted dying and ending tax exemption for religious organisations, it will also declare an all-out war on the Catholic Church.”

Archbishop Fisher retorted that “there’s nothing so messianic as a single-issue party on crusade.”

Cañizares under fire
Gay-rights groups have demanded that the Archbishop of Valencia, Cardinal Antonio Cañizares, be prosecuted for inciting discrimination and hatred through his sermons. Last month the cardinal gave a homily in which he spoke of  “the gay empire”, leading to charges of homophobia. “The family is being stalked by grave difficulties in today’s culture and is suffering serious attacks for all to see,” he said. “We have legislation contrary to the family – the acts of political and social forces, to which are added movements and acts led by the gay empire, ideologies such as radical feminism or, most insidious of all, gender ideology.” The Feminist Platform of Alicante has submitted an official request to the Spanish Government calling for the cardinal to be prosecuted. “We ask the administration and the prosecutor’s office not to leave those comments unpunished,” said the group, which was supported by Valencia governor, Ximo Puig, who accused the cardinal of “fomenting hatred”.

Cardinal Cañizares responded saying he was being denied his right to religious freedom and was a victim of censorship. “Is it homophobic to defend the family?” he asked. This week the cardinal expressed fury over a gay-pride poster showing Valencia’s patron saint, the Virgin of the Abandoned, kissing the Virgin of Montserrat. Cardinal Cañizares called the image a “grave profanity” which “deeply hurts the feelings of all Catholics in Valencia and all men and women of goodwill”.

Ethiopia appeal
Cafod has launched an appeal for Ethiopia after drought has left more than 10 million people in desperate need of food and water. The United Nations described the situation as “acute need, exceeding levels seen in the Horn of Africa drought of 2011”. Two consecutive rainy seasons have failed, with more than half the country – 429 districts out of 700 – classified “hot spots” in the official drought-monitoring programme. More than 85 per cent of the population live as subsistence farmers cultivating crops such as barley and wheat, but their reserves are now used up. In the Afar Region of north- eastern Ethiopia, Cafod is supporting water and sanitation projects such as the construction of new water points, and the expansion and rehabilitation of existing water points. In central and southern Ethiopia, Cafod has provided the Diocese of Soddo with emergency seeds.

On the afternoon of 10 June, led by Cardinal Christoph Schönborn, 1,000 people took part in a silent march for persecuted Christians through Vienna’s inner city followed by an ecumenical service held at St Church where hundreds of candles were blessed and taken to the many churches in Vienna opening their doors to the Long Night of the Churches later that night. Schönborn thanked all those taking part for “their solidarity with our persecuted sisters and brothers”. More than 330,000 people nationwide visited around 800 churches, monasteries and convents that took part; 50,000 people visited Vienna’s St Stephen’s Cathedral.
Meanwhile Cardinal Schönborn also attended the Red Ribbon Celebration Charity Concert for people infected with HIV/Aids at Vienna’s Burgtheater. He wore a red ribbon in his lapel and joined “Life Ball” founder Gery Keszler (pictured above) on stage. The “ball” has been held in Vienna since 1992.