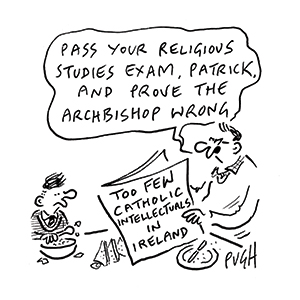 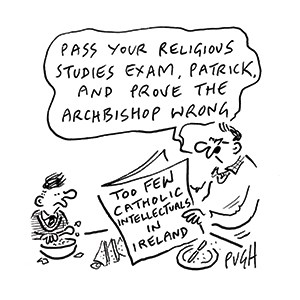 Archbishop Diarmuid Martin has warned the Irish Church that the dearth of Catholic intellectuals engaged in public debate is one of the reasons its place in social and political discussion is increasingly marginalised.

In a homily for the ordination of eight permanent deacons last weekend to serve in Dublin, he criticised the religious media for allowing itself be “reduced to mere blogs of clerical gossip”.

He recalled Pope Emeritus Benedict XVI’s words on the occasion of the beatification of Cardinal John Henry Newman, in which the former pontiff said the service to which Newman was called involved applying his keen intellect and his prolific pen to many of the most pressing subjects of the day.

If the place of the Church in the current social and political discussion in Ireland risks becoming increasingly marginal, this is not just due to some sort of external exclusion, it is also because the Church in Ireland is very lacking in “keen intellects and prolific pens addressing the pressing subjects of the day”, Archbishop Martin said.

He said that this was a role particularly for competent lay men and women well educated in their faith, but emphasised that the contribution of the Church to the improvement of society will not be attained simply by negative political commentary or by a “morbid and depressive” analysis of the woes of the Church. “What we need is a vibrant affirmation of the Joy of the Gospel,” he insisted.

In other remarks, he stressed that the diaconate is not a substitute for priests and he called for a greater diversity of ministries in the Church.