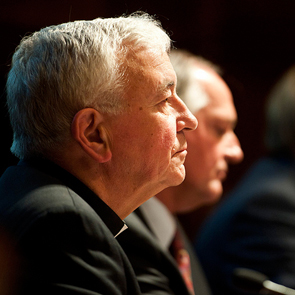 The Church’s teaching on marriage and family life is disconnected from the real-life experience of many Irish Catholics, the country’s bishops have acknowledged.

Giving a summary of the responses to the Vatican questionnaire, the Irish Bishops Conference said it is not experienced by many Catholics as “realistic, compassionate or life-enhancing”.

Many respondents expressed “particular difficulties” with the teachings on extra-marital sex and cohabitation by unmarried couples, divorce and remarriage, family planning, assisted human reproduction and homosexuality. Some found the Church’s position on these issues left them feeling “guilty and excluded,” the bishops said.

The leadership of the Association of Catholic Priests (ACP) welcomed the bishops’ decision to release the summary, saying if people are asked for their opinion, it is important that the results be made known.

The group said it was “now beyond dispute” that there was a serious gap or disconnect between official church teaching on family, relationships and sexuality and Catholics’ beliefs and practice. It suggested that the laity, clergy and bishops should come together and search for ways for bridge this gap.

The bishops underlining that they had a responsibility to present the Church’s teaching on marriage and the family faithfully and in a positive and engaging way. But they admitted it must be done in a way that showed compassion and mercy towards those finding it difficult to accept or live the teachings.

Respondents to the survey also cited “immense challenges” for families in Ireland arising out of severe financial hardship, unemployment and emigration. Other difficulties identified were domestic violence, infidelity, neglect and other forms of abuse, as well as the constant pressures on “family time”. Some respondents also expressed concern about the limited amount of state support for marriage and the family.