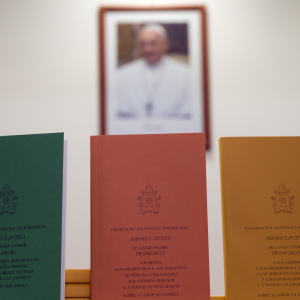 A response to Pope Francis' apostolic exhortation the Joy of Love 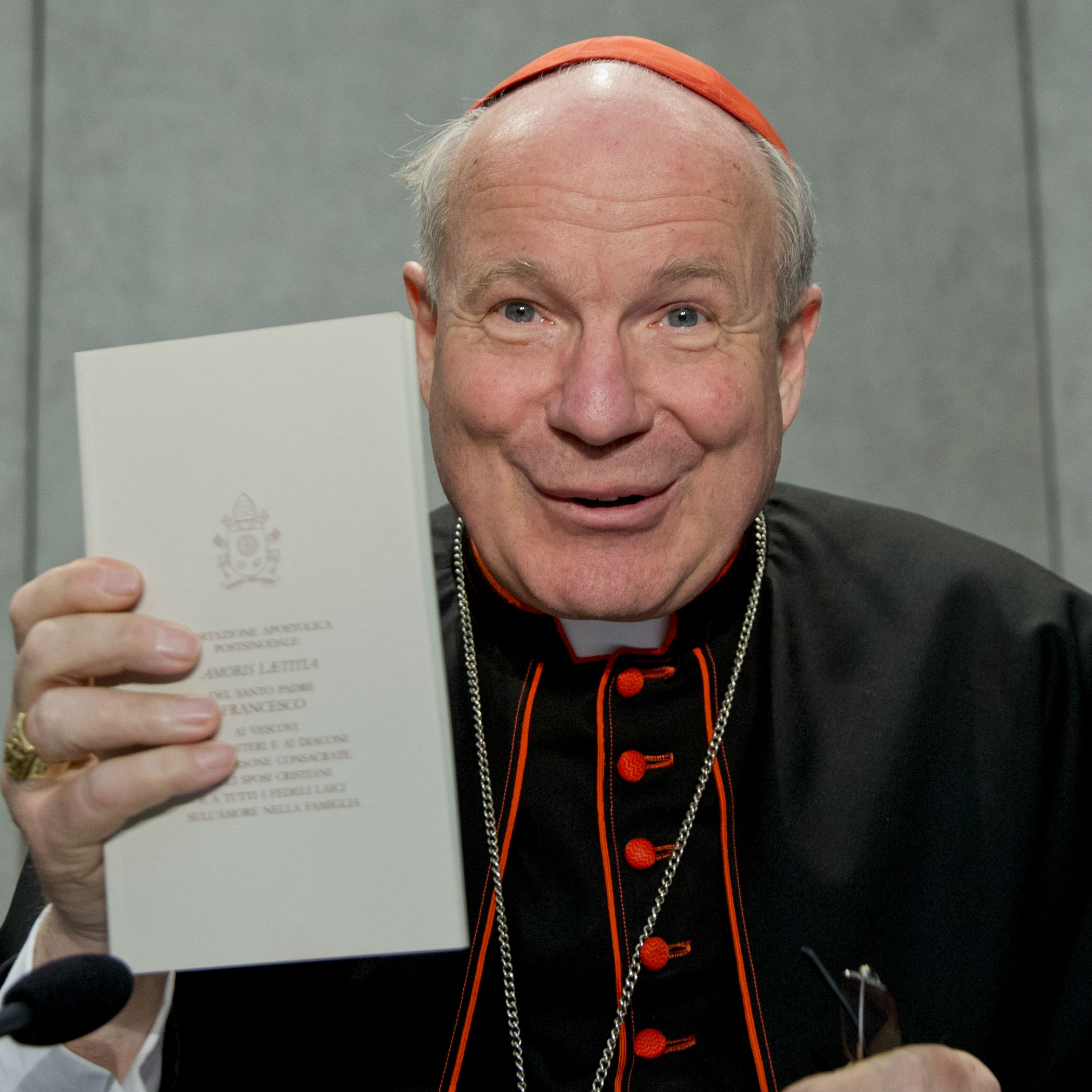 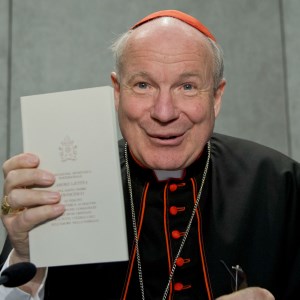 Martin Pendergast, campaigner for LGBT rights in the Catholic community

“Anybody who has been involved in the synod process for the last two years has come to realise that same-sex issues were not going to be a central part of the Pope’s exhortation. That said, even though it’s pretty light treatment of same-sex issues, in paragraphs 250 and 251 there’s some key points. First of all, no condemnations, no quoting of language of “intrinsic disorder”, a nuance around the use of language like same-sex attraction, which some of us find offensive, an actual recognition of homosexual orientation, which is very significant in a document of this status.

I don’t see this document to be quite as flowing or coherent as the Joy of the Gospel or Laudato Si’ and I think it shows evidence of interventions from the Congregation of the Doctrine of the Faith to insert more conservative references to teachings from John Paul II and Pope Benedict, to sweeten the pill for more conservative Catholics.

The question that many of us will have is: how are you going to apply those very important principles about conscience, internal forum, not judging people, not throwing stones at people? How are you going to apply that to people in same-sex relationships, children in same-sex families, parents of lesbian, gay or trans people? Those are the kind of questions this document throws up.

Doors remain open rather than closed and those of us working to welcome LGBT people into the Church will be wanting to run with those...I think it’s encouraging us along the path.”

“It is very exciting, embracing everyone whatever their situation. It needs reflection; as Pope Francis says you can’t whizz through it. It is packed with practical insight and wisdom and invites us to look anew at the beauty and joy of what it means to be part of a family. It has particular focus on the need to walk with those of us who feel excluded and to let everyone know that they are loved by God and that that love is a tender love, but also a love that challenges us all to change.

Some people will be disappointed that it is not full of black and white solutions, but as Pope Francis says, every situation is different and needs to be approached with love, mercy and openness of heart.”

"Amoris Laetitia is a study in ambiguity that gives new evidence for the use of the term “jesuitical”. Published under the name of the current Jesuit pope, the document is really several somewhat disjointed pieces — a biblical study, some reflections on families that border on New Age, restatement of institutional Church teachings on the topic, and some toying with change that does not amount to much of anything new.

Effective contraception is still banned; same-sex marriage is still seen as completely different from heterosexual marriage. Those who are divorced and remarried are told in pastoral practice to do what they think is best in conversation with their local priest.

Alas, the hetero monogamous ideal remains in place while lip service is paid to the remote possibility of other options. Clearly the input of lay people at the two Synods amounted to little or nothing. All in all, this is a missed opportunity for Pope Francis to demonstrate that there is anything new under the Vatican sun."

The exhortation is sure to generate much discussion in the secular media, but instead of viewing it through their particular lens, I strongly suggest that you read the document itself to know what our Holy Father is really saying.

First published on the cardinal’s blog

"The Pope insists early on that reading the document must not be rushed. Indeed he helpfully suggests chapters to be focussed on for specific groups. One thing is for sure for those who for years have been dismissing the catechesis on human love by St John Paul (theology of the body) as incomprehensible and even irrelevant. Francis draws on plenty of insights from this corpus of teaching as well as Familiaris Consortio (the Magna Carta on the Family), which fleshed out in pastoral terms how to apply the adequate anthropology (human ecology) he expounded upon from 1979-84.  Much of this has informed my professional work and thanks to the comprehensive vision of the Holy Father, I can continue to do so with fresh impetus.

All of us make up the family of the Church and as John Paul said in 1981 "the Church is a home for everyone". Amoris Laetitia simply reiterates that with a call to proclaim the power of grace to transform. Speaking as a parent, I for one take much encouragement from paragraphs 84-86 which, in using new language, takes the dogma of the parent as the primary educator and protector to a new level. If we want the next generation to be "living stones" of faith in the home then we must revisit anew the manner in which we affirm and build confidence and autonomy in the parent to be first and best transmitter of faith in Christ. As the Pope states, their duty to fulfil this role is “indeclinable”."

"Our teaching on marriage and the family cannot fail to be inspired and transformed by this message of love and tenderness." #AmorisLaetitia

“In unleashing the biggest church discernment process in modern times, Pope Francis wanted to achieve what in Latin America is called a “pastoral conversion”. It happened at the two synods, and its fruit is evident in Amoris Laetitia. Rather than wag fingers at the collapse of marriage and family in contemporary culture, Francis wants the Church to rebuild it from the ground up, by learning to speak of the joy of conjugal love and helping people practically to live it. Francis wants the Church to educate the faithful in the mature use of their consciences, holding out the truth and beauty of the Church’s teaching in all its fullness, but witholding from no one the converting power of God’s mercy. The news, of course, is all about the resolution of the eucharist question, but the real power of the exhortation is in converting the Church for its massive new mission: to become the world’s biggest and most famous school of married love.”

“We welcome the Pope’s references to achieving a 'missionary conversion' of parishes as well as his reference to 'new pastoral methods' (199) and we hope to be taking a central role in making this a reality in our dioceses. With the help of 800 trained volunteers we are already working in the field of marriage preparation and couple counselling:  last year we supported over 9,000 people across England & Wales. We are committed to extending these services and adding to our range of skills and experience in the dioceses where we are not fully utilised, and are looking to recruit more volunteers to help in this role.”

“This is an exciting and challenging document – an ode to the joys of love in a marriage and in family life but without pulling any punches, without airbrushing the reality. Pope Francis acknowledges many of the situations that were reflected in the pre-Synod consultations. He quotes extensively from synod deliberations, the talks he gave at his Wednesday audiences and a number of bishops conferences. This is not a document to read in a rush but at first glance I was struck by the humility of his approach and also the need for humility on the part of the church – we haven’t always done our best nor give families what they need from us. Pope Francis has given us new language for a renewed emphasis on the importance of family love as an absolute principle, and on mercy – the heartbeat of the Gospel of Christ - as the measure of an authentic praxis where families are concerned. And he sees a greater role for parishes as the natural communities of accompaniment of couples and families.”