Limerick prepares for an historic synod 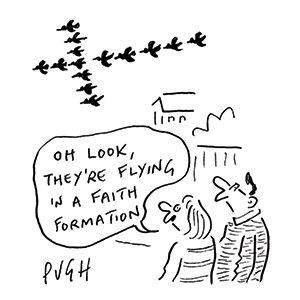 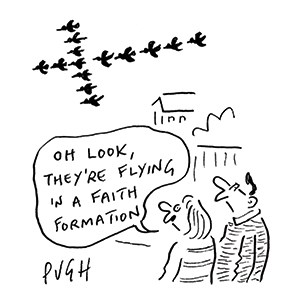 The Bishop of Limerick has said his diocese stands at a juncture in the lifetime of the Church as the first synod in the diocese in 80 years takes place this weekend.

Up to 400 delegates will consider more than 100 proposals across six separate themes over three days, with a view to mapping out the future of the Church and how it serves the diocese.

Speaking ahead of the synod, which takes places from 8-10 April, Bishop Brendan Leahy said the Church had “come through turbulent times” and he recognised there are challenges ahead.

But he said Limerick would embrace these as opportunities. “We have to confront the decline in vocations, for example, but this issue also makes us see the Church as a people, with clergy and laity working side by side to ensure the Church delivers spiritually, pastorally and socially.”

The six themes which delegates will focus on are: Community and Sense of Belonging; New Models of Leadership; Liturgy and Life; Pastoral Care of the Family; Faith Formation and Youth Ministry. There is no specific mention of vocations. However, according to Fr Eamonn Fitzgibbon, synod director, there is a proposal before the synod around vocations to the priesthood as well as new models of leadership. He said delegates would spend the three days voting on “proposals for action”. Each proposal has a named action and a named outcome and there will be a follow-through afterwards.

Fr Fitzgibbon told The Tablet that once the proposals are approved by Rome, “we could see movement within a couple of months”. Over the past 16 months, the diocese carried out a “listening process” with over 5,000 people. From this 100 proposals emerged on how to help shape the Church in Limerick. Describing the 400 delegates, 70 per cent of whom are lay people, selected to participate in the synod as “a thoroughly representative gathering of our Church in Limerick”, Bishop Leahy said their task was to consider how to “reinvigorate, reimagine and create a better Church in the diocese”.