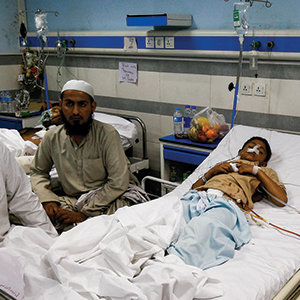 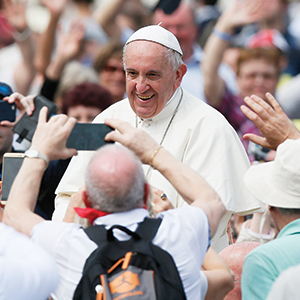 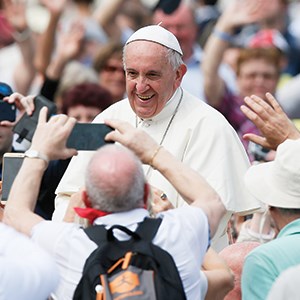 A new papal document on the family will open up possibilities for divorced and remarried Catholics to receive Communion but holds back from a general change to church practice in this area. On Friday, Pope Francis was due to release his apostolic exhortation following two synods of bishops focusing on pastoral approaches to the family.

The question of whether remarried divorcees can return to the sacraments has dominated the debate although the exhortation itself, which runs to around 200 pages, covers a wide range of challenges to the family including war, poverty, migration and “ideological colonisation”.

The exhortation, titled Amoris Laetitia (the joy of love) represents a compromise by Francis. In February 2014 he asked Cardinal Walter Kasper to present proposals to cardinals on how to readmit divorced and remarried Catholics to Communion. This led to opposition from conservatives leading to the Pope effectively ruling out a lifting of the ban.

Just days before the document was released, Cardinal Timothy Dolan, the Archbishop of New York, said in an interview he did not see Communion for remarried divorcees as “an urgent pastoral problem” while cardinals George Pell, prefect of the Secretariat for the Economy, and Robert Sarah, in charge of liturgy, have consistently opposed any change.

Nevertheless, in the exhortation the Pope will call for divorced and remarried Catholics to be fully integrated into church life along with a sensitive pastoral understanding of individual cases. This may lead to Communion in certain circumstances, although the exhortation is not expected to specifically recommend such a course of action. What the Pope seems intent on achieving is a change in mindset among priests and bishops, in particular regarding those couples who fall short of the ideals of Catholic teaching.

Francis asked that Cardinal Christoph Schönborn, who has developed a ministry for divorced and remarried Catholics in his Archdiocese of Vienna, present the exhortation at a news conference on Friday. Last week the cardinal criticised clergy for their “hardening of heart” at a congress on divine mercy in Rome.

Before issuing the document the synod’s secretary-general, Cardinal Lorenzo Baldisseri, who will present the exhortation alongside Cardinal Schönborn, wrote to bishops with a guide on how to read the exhortation focusing on the importance of using language that ordinary families understand. He says bishops should not simply lay down formulations of doctrine but engage in a pastoral discernment and dialogue with people.

A theme that emerged from both the synods was the need for the Church to “accompany” families rather than sit in judgement. There is likely to be a focus on the need to assist couples and families in difficulty and an insistence on sufficient marriage preparation.

The final synod document, agreed by a two-thirds majority of bishops last October, opened up the possibility for divorced and remarried Catholics to receive Communion mentioning specifically the “internal forum”. This allows an individual, accompanied by a priest, to ascertain the validity of a first marriage and whether to proceed to the sacraments.