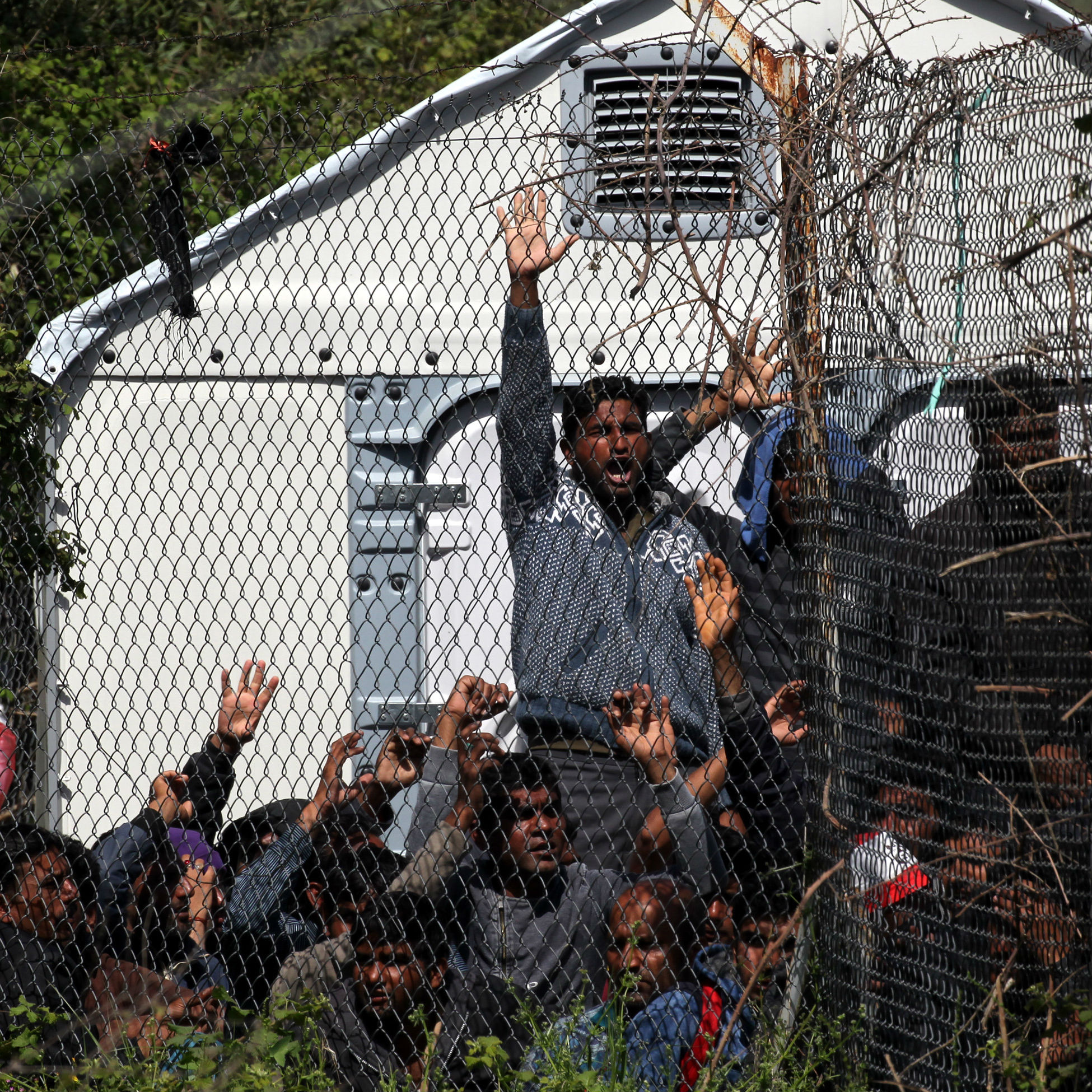 Pope to visit refugees on island of Lesbos

Five things to remember about the Pope’s synod document 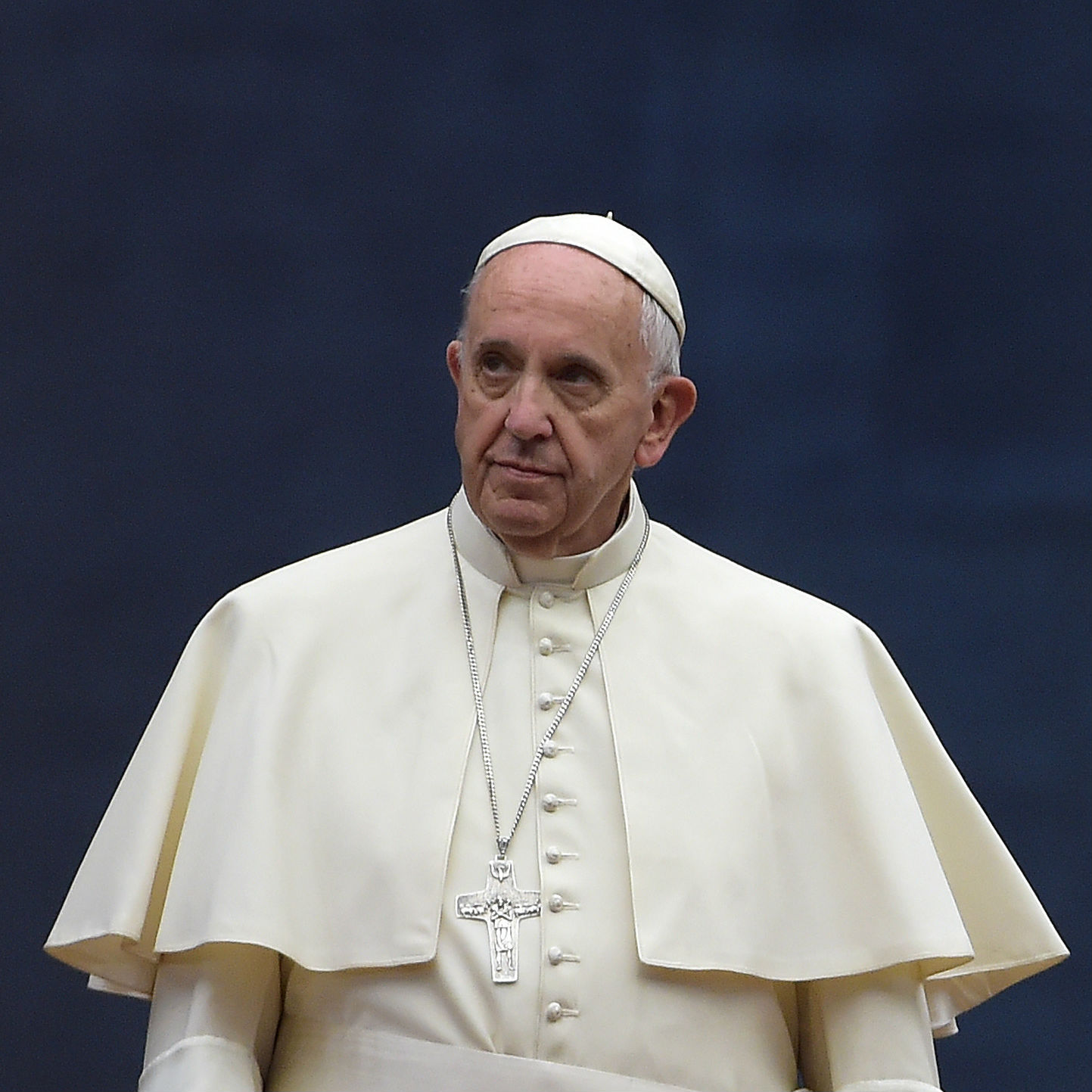 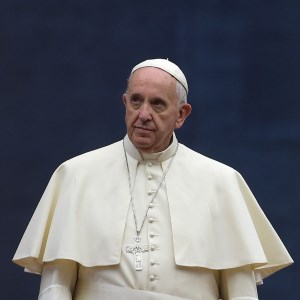 Pope Francis’ eagerly anticipated apostolic exhortation following two synods on the family will be released on Friday morning. It brings to a head a process which started back in 2014 when ordinary Catholics were asked for their views on the Church’s approach to the family. Since then, there has been heated debate on whether divorced and remarried Catholics should be able to receive communion and the best approach to welcoming gay people.

Here are five points to bear in mind for when the document, titled “Amoris Laetitia” (“The Joy of Love”), appears on 8 April.

1. This is not the final word

It might sound counter-intuitive but the Pope does not have the final word on the synod - nor does he want it. Francis is keen to show that the Synod of Bishops is more than just a talking shop. He is instead aiming for a Church that is “synodal”, meaning it is constantly listening and learning.

"How would it have been possible to speak of the family without calling upon families, listening to their joys and their hopes, their pains and their suffering?” the Pope said during a speech to mark the 50th anniversary of the Synod of Bishops last October. For the Pope, the synod is not an event but a process and one that will continue even after the apostolic exhortation is published.

2. The Church moves slowly: the question is in which direction

Anyone expecting a doctrinal “revolution” from the exhortation is going to be disappointed; even if he wanted to, making any dramatic changes to teaching is very difficult for the Pope. Just look at the furious opposition to that “mid-term” document produced by the synod in 2014 which suggested gay people have special gifts, while speaking positively about couples whose relationships fall short of Church teaching. The apostolic exhortation is unlikely to make a general allowance for remarried divorcees to receive the sacraments but it may open up the possibility on a case-by-case basis. The point to remember is that under John Paul II and Benedict XVI this matter was considered closed for discussion, but under Francis the question is back on the table. While progress can seem agonisingly slow, the direction of travel is clear.

3. Francis is happy with a mess

Many Catholics want a Pope who is going to constantly remind them of the rules and tell them what the Church does and does not teach. But Francis is allergic to making faith into ideology: his bottom line is mercy and how this can be applied to people’s lives. The Pope doesn’t want anyone to feel excluded by the Church due to their marital situation or sexual orientation.

“I prefer a Church which is bruised, hurting and dirty because it has been out on the streets, rather than a Church which is unhealthy from being confined and from clinging to its own security,” the Pope writes in Evangelii Gaudium, the document that is a mission statement of his papacy.

When it comes to families, Francis knows things get complicated. The post-synod apostolic exhortation is going to emphasise the need for the Church to accompany families in their difficulties and to search out for the lost sheep. Things might get messy but the Pope is happy with that.

4. Doctrine needs to be applied to ordinary situations

Many critics of the Pope and the synod process have said he has no right to try and change the doctrine of the Church. In a letter sent to bishops last week on how to read the apostolic exhortation, Cardinal Lorenzo Baldisseri, the secretary-general, takes on this charge.

He explains that doctrine needs to be set in a context and put at the “service of the pastoral mission of the Church”. In other words, doctrine does not exist for itself as if it were a museum piece no one can touch.

During last October’s synod, the German-speaking group cited the teaching of the great doctor of the Church, St Thomas Aquinas, who argued that the principles of justice need to be applied to particular situations. If developed, this notion can allow communion for divorced and remarried in certain circumstances but without changing the Church’s teaching.

The leader of that German group was Cardinal Christoph Schönborn, the Archbishop of Vienna, who is presenting the exhortation to the media on Friday. No one could dismiss him as a dangerous liberal given that he edited the Catechism of the Catholic Church under John Paul II and is a former student of Benedict XVI. Some might see “applying doctrine” as a form of casuistry or relativism but it is worth remembering that the Church can be as pragmatic as it can be dogmatic.

5. A global Church cannot have a one-size-fits-all approach

Catholicism in the twenty-first century is a truly global institution. When it comes to the family the synod displayed the huge variety of challenges facing the Church across the world, including polygamy, war, poverty and migration.

What this means is that it is no longer viable for Rome to dictate a one-size-fits-all solution. Instead, greater flexibility is needed for local dioceses to devise their own pastoral strategies. Pope Francis has already called for a “healthy decentralisation” of power away from the Vatican and is likely to make similar noises in the apostolic exhortation. This approach may worry some who think it will lead to a confusing “postcode lottery” in the Church with some dioceses taking a more liberal or conservative approach than others.

For Francis, however, giving local bishops freedom can help them better respond to the needs of their people.

Overall, the apostolic exhortation is likely to keep in tune with the final synod document agreed by a two-thirds majority of bishops last October. That text left a lot of doors open when it came to communion for divorced and remarried Catholics and how to treat gay people. Pope Francis is likely to do the same.