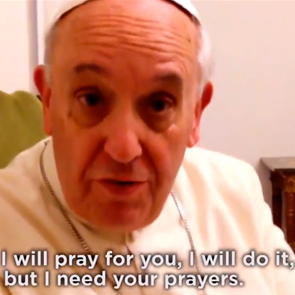 VIDEO: Francis asks US televangelist for his blessing

A group of charities has established a fund to support trainee Religious Education teachers wanting to work in secondary schools in response to the Government’s withdrawal of training bursaries for the subject.

The decision by Michael Gove, the Secretary of State for Education, to cut funding for RE students training for their Postgraduate Certificate in Education (PGCE) means that bursaries which had been worth up to £12,000 a year have dropped to zero for this academic year. The Government has said savings are necessary to fund “core” subjects such as mathematics and English.

Now, four charitable trusts have raised an initial £220,000 for non-salaried secondary RE trainees starting their studies in September 2014. The Common Fund for RE teacher training is being provided by the Association of Church College Trusts (ACCT): Culham St Gabriel's, Keswick Hall Trust, St Luke’s Foundation, and the Jerusalem Trust. Dr Mark Chater, Director of Culham St Gabriel’s Trust said: “We are offering help because the Government refuses to do so.”

Childcare Minister Elizabeth Truss confirmed on 7 February that no funding would be made available for the forthcoming academic year.

John Keast, chairman of the Religious Education Council of England and Wales, said it was “hard to avoid the conclusion that the refusal to give bursaries to RE trainees whilst providing them for nearly every other subject is pure discrimination by this Government against RE”.

Applications for the Common Fund can be made via the Keswick Hall website.