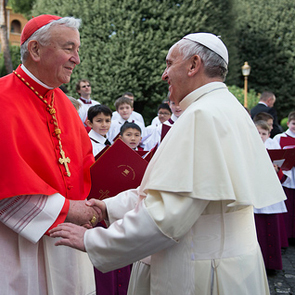 Maria von Trapp, the last surviving member of the singing family immortalised in the Sound of Music, died at the age of 99 last weekend. She was a devout Catholic and former missionary.

The Von Trapp family escaped from Nazi-occupied Austria in 1938, to New York, where they were a hit with concert audiences.

The family’s story was told in the famous 1959 Broadway musical, made into a film which won an Oscar for best picture in 1965.

The character based on Maria is famous for singing in a notably American accent lines such as “So long, farewell, auf Wiedersehen, goodbye, I flit, I float, I fleetly flee, I fly.”

Following her musical career, Maria, who did not have children, served as a lay missionary in Papua New Guinea.

The original Sound of Music hit was based on a 1949 book by Mr von Trapp's second wife, also called Maria, which tells how an Austrian woman who married a widower with seven children taught the family music.

The family settled in 1950 into a 27-room lodge in Vermont, where Maria died peacefully.

“She was a lovely woman who was one of the few truly good people,” said Maria’s half-brother Johannes.