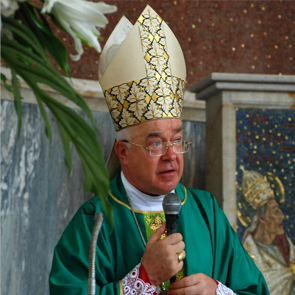 A review of the new English translation of the Roman Missal is on the cards as disquiet grows about the quality of the Mass texts.

Fr Patrick Jones, who has just completed 21 years as executive secretary of the Irish bishops’ council for liturgy and director of the National Centre for Liturgy in Ireland, said that a review of the texts has been promised and talked of a “disturbing quietness” of congregations in Ireland faced with the new responses and other parts of the Mass.

“A review is promised, though the mechanism of such a review is not known. However, such a review is necessary if we are to listen to what is being said and what is happening, the scholarly and pastoral criticism of the translation and the instruction on translation but also including its non-acceptance by some,” he wrote in New Liturgy, the bulletin for the National Secretariat for Liturgy.

It is not clear whether the review will take place across the English-speaking world but The Tablet understands that the measure has been discussed in the liturgy agencies of different English-speaking bishops’ conferences. The new translation was introduced on the first Sunday of Advent in 2011. Critics of the texts say the translation contains awkward phrases, is too Latinate and was introduced in a top-down manner by the Roman Curia.