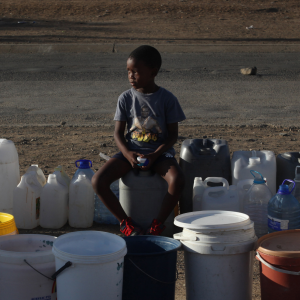 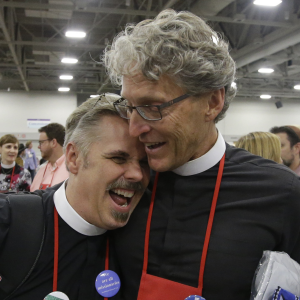 The Archbishop of Canterbury has banned the US Episcopal Church from involvement in the Anglican Communion for three years in an attempt to avoid a general schism. The communion also voted to condemn same-sex marriage as against its teaching.

The American branch of the communion had caused the threat of a schism because of its pro-homosexual stance and a vote last year at its general convention (pictured) to allow same-sex marriage. A number of conservative churches in the communion - particularly the African members - had threatened to walk out of the meeting of primates in the crypt of Canterbury Cathedral, effectively creating a schism.

The first openly gay bishop in the US was ordained as far back as 2003, but the recent disquiet was caused by a resolution at the general convention of the Episcopal Church in June removing the definition of marriage as being between a man and a woman.

In the communique of primates that was due to be announced at a press conference this afternoon (15 January) but has already leaked the Anglican Communion said that the different churches attempted “to walk together” but that there  remained “significant distance” between the liberal and conservative sides of the communion.

“Recent developments in The Episcopal Church with respect to a change in their Canon on marriage represent a fundamental departure from the faith and teaching held by the majority of our Provinces on the doctrine of marriage,” the communique said.

“The traditional doctrine of the church in view of the teaching of Scripture, upholds marriage as between a man and a woman in faithful, lifelong union. The majority of those gathered reaffirm this teaching,” the statement added.

“It is our unanimous desire to walk together. However given the seriousness of these matters we formally acknowledge this distance by requiring that for a period of three years the Episcopal Church no longer represent us on ecumenical and interfaith bodies, should not be appointed or elected to an internal standing committee and that while participating in the internal bodies of the Anglican Communion, they will not take part in decision making on any issues pertaining to doctrine or polity.”

The US Episcopal Church Presiding Bishop Michael B. Curry said in reply to the decision: “Our commitment to be an inclusive church is not based on a social theory or capitulation to the ways of the culture, but on our belief that the outstretched arms of Jesus on the cross are a sign of the very love of God reaching out to us all.

“While I understand that many disagree with us, our decision regarding marriage is based on the belief that the words of the Apostle Paul to the Galatians are true for the church today: ‘All who have been baptized into Christ have put on Christ’.

“There is no longer Jew or Gentile, slave or free, male or female, for all are one in Christ.”

In 1976, the general convention voted in its first affirmation of gay rights into the Episcopal Church’s doctrine and the following year the first openly gay person was ordained as a priest.

The first openly gay bishop of the US Anglican church was appointed in 2003. Despite the global opposition to Bishop Gene Robinson’s election (he wore a bulletproff vest during his consecration and continues to need protection) a schism was averted.

However, last year’s general convention of the US Episcopal Church set the path to this week’s primate meeting when a resolution was passed by massive majority removing the definition of marriage as being between one man and one woman.