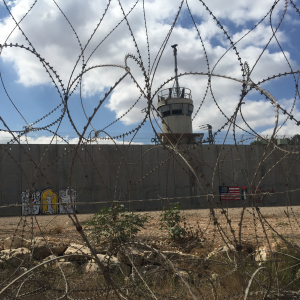 Palestinian Christians have 'lost hope' in shadow of the wall 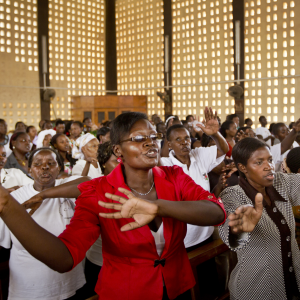 Kenya's influential evangelical and pentecostal ministers have threatened to tell their significant electoral college to vote against the ruling party in next year's general election over government plans that they say are tantamount to persecution.

And the Catholic church has expressed its "shock and surprise" at the Government's latest attempts to "micromanage worship".

Under the new laws, preachers of all denominations will have to produce on demand an approved document of theological training, and proof of previous “good conduct”. Government officials will also be able to demand to see a detailed copy of a “mission statement” for the ministry.

Kenyatta is also hoping to push through a controversial ban on preaching and appeals for money on television - televangelism - before next year’s general election.

Chairman of the Kenya Conference of Catholic Bishops, the Rt. Rev. Philip Anyolo, said that the new rules were a "clear violation of the constitution" that is "explicitly clear on the freedom of worship".

"The new rules give the registrar sweeping powers, including the power to invade Churches to conduct impromptu audit," Rt Rev Anyolo said in a letter to the president also signed by 25 senior Catholic clergy. "The Catholic Church is a people of God.  As such, the state cannot purport to audit the faith of the people of God."

Bishop Mark Kariuki, chairman of the Evangelical Alliance of Kenya, said: “The church in Kenya is under attack… yes, it is under persecution. But do you know why we are under attack? It’s because we remained quiet for a long time and we upheld the teachings that if one slaps you on one cheek you should give him the other cheek.

“Now we have been slapped on both sides. We now have to stand up and say nobody spoke about the third slap!” The Daily Nation reported.

Bishop Kariuki further described the church as the scared dog that had now been pushed to the corner but had to bite back.

“When you push such a dog that it cannot move any further, it opens its mouth and prepares to bite and when it does that, it cannot come out of that corner without a piece of human flesh in its mouth.”

The Evangelical Alliance of Kenya is a powerful political group in a country that is dominated by religion. The umbrella organisation has 308 denominations that have between them at least 10 million members - at least a third of the country’s electorate.

In October last year, the ruling Jubilee party was visibly upset by comments by senior evangelical bishops that suggested that the party and MPs of the assembly were corrupt.

Bishop Winnie Owiti told the Kenya Standard at the time that the passing of the 2010 constitution was a grave mistake that had done away with one dictator only to introduce 350 dictators through the national assembly.

"The structures of the national and county governments are cumbersome and unattainable while the role of the senate is ineffectual as a check on the national assembly," he said.

"Graft and wastage is bleeding the country dry yet the EACC is crippled and cannot take action to those involved in corruption."

According to Daily Nation Bishop Kariuki is considering asking his members to vote against the ruling party in 2017.