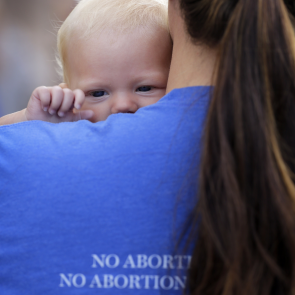 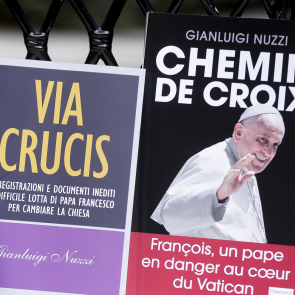 One of the authors of a book based on leaked financial documents from the Vatican is refusing to appear in front of prosecutors for the Holy See while another went before them on Monday but refused to answer questions.

Gianluigi Nuzzi, author of Merchants in the Temple, received a summons to to appear before magistrates today but said he would not appear.

He and Emiliano Fittipaldi, the author of another book based on leaks have been placed under investigation for “possible participation in the crime of dissemination of news and confidential documents.”

Fittipaldi, who has written Avarice, tweeted that yesterday afternoon he went to the Vatican for questioning. But he told journalists yesterday that he refused to asnwer questions during the interrogation citing his right under Italian law to protect his sources. "I'd rather go to jail than reveal one of Avarice's sources," he said.

Leaking Vatican will not deter me from my reforms says Pope

Something old, something new ... nothing borrowed - Christopher Lamb

Nuzzi accused the Vatican’ s legal system of punishing journalists and criminalising the publishing of news.

The books included documents relating to a 2013 commission (COSEA) set up by Pope Francis to overhaul Vatican finances.

There is an ongoing Vatican investigation into the leaks with two individuals who sat on COSEA - Mgr Lucio Angel Vallejo Balda and Francesca Chaouqui - questioned over them.

The leaks reveal embarrassing details of financial mismanagement which the Pope was faced with soon after his election. Since that time, however, Francis has instituted sweeping reforms to the economic management of the Holy See.

Nuzzi and Fittipaldi are being investigated for a possible breach of Law n.IX of the Vatican’s criminal code, a piece of legislation the Pope instituted in 2013.

It states: “whoever illicitly obtains or reveals information or documents whose disclosure is forbidden, is punished with six months to two years imprisonment or with a fine ranging from €1,000 to €5,000.

"If the object of the offence consists of information or documents concerning the fundamental interests or the diplomatic relations of the Holy See or the State, the penalty shall be of four to eight years imprisonment.

"If the conduct referred to in the preceding paragraph is committed due to criminal negligence, the penalty shall be of six months to two years imprisonment.”