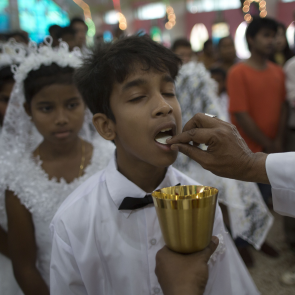 An Irish bishop has been forced to apologise for the sermon of one of his priests after he labelled the recent referendum on same-sex marriage “the devil’s work”.

Worshippers also alleged that Fr Joseph Okere labelled anyone who voted in favour of a referendum in May this year that made it legal for same-sex couples to marry in the Republic of Ireland was evidence of the devil working in society during Mass in St Mel’s Cathedral, in Longford.

It was claimed in the Irish Independent that the priest also suggested that divorce and the breakdown of marriage were satanic in origin and were leading to the destruction of humanity.

“Comments were made about the recent marriage referendum while reflecting on the scripture readings of the day which had at their core the theme of marriage. The language used caused offence to some people,” Bishop Francis Duffy of Ardagh & Clonmacnois said in a statement.

“Father Joseph did not intend to hurt anyone and is sorry for doing so. I too apologise for any insensitivity."

Same-sex marriage is now legal in Ireland after the May referendum in which 62.7 per cent of those voted in favour of an amendment to the Irish constitution. 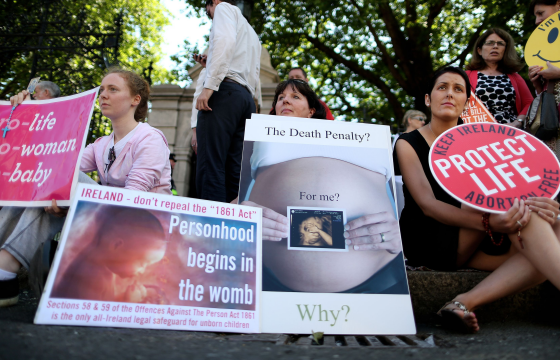 But the vote is still contentious to some people as a low turnout meant less than 44 per cent of the total electorate voted in favour of the change.

Meanwhile reform campaigners are now pushing for a referendum on the abortion laws in Ireland. Under Irish law abortion is illegal unless it is performed as the result of a medical intervention to save the life of the mother.

Thousands of people marched in Dublin last weekend calling for a referendum to repeal the 8th amendment to the constitution which acknowledges the right to life for the unborn.

Claire Brophy, a spokeswoman for the Abortion Rights Campaign, said: “Political parties can’t hold off on a referendum for fear that a conversation needs to happen beforehand. It will happen when people know a referendum is coming, as happened with marriage equality.”