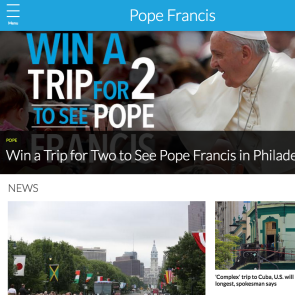 US church creates first Catholic app ahead of Pope visit 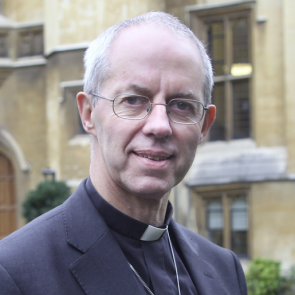 The Archbishop of Canterbury has invited the heads of all the other Anglican churches to a summit meeting in Canterbury in January in what appears to be an attempt to avoid a permanent split in the church over homosexuality.

The invitation from the Most Rev Justin Welby to the meeting will bring together a number of church heads who have not spoken directly to each other in over a decade.

Archbishop Justin Welby said in a statement: “I have suggested to all Primates that we need to consider recent developments but also look afresh at our ways of working as a Communion and especially as Primates, paying proper attention to developments in the past.

“The difference between our societies and cultures, as well as the speed of cultural change in much of the global north, tempts us to divide as Christians: when the command of scripture, the prayer of Jesus, the tradition of the church and our theological understanding urges unity.

"A 21st-century Anglican family must have space for deep disagreement, and even mutual criticism, so long as we are faithful to the revelation of Jesus Christ, together.

Aides to Archbishop Welby said he is now convinced that the rift between different wings of what is the world’s third largest church must be resolved, according to The Daily Telegraph.

“We've actually got to draw a line here, we can't go on,” said one Lambeth Palace source. “Justin can't leave his successor - whoever she or he may be - to inherit this situation in which you spend vast chunks of time trying to placate people and keep them in the boat without ever getting the oars out and starting to row.”

Archbishop Welby is keen for the 37 Primates to not only acknowledge the rift but effectively formalise it by scaling the Anglican Communion back into a loosely linked organisation – a step aides liken to “moving into separate bedrooms” rather than full-scale divorce.

There is a fear at Lambeth Palace that the meeting could force too big a wedge between the more liberal sections of the church - particularly in the UK and the US - and traditionalists - particularly in Africa.

“We have no Anglican Pope. Our authority as a church is dispersed, and is ultimately found in Scripture, properly interpreted. In that light I long for us to meet together under the guidance of the Holy Spirit and to seek to find a way of enabling ourselves to set a course which permits us to focus on serving and loving each other, and above all on the proclamation of the good news of Jesus Christ," Archbishop Welby added.