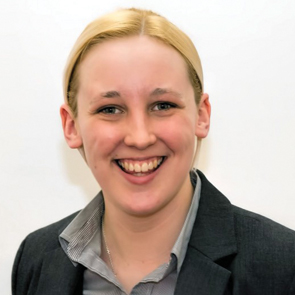 There has been a small fall in the number of Catholic MPs in the House following the virtual wipeout of Labour in Scotland.

Research by The Tablet shows that around 11 per cent of members in the 2015 parliament identify themselves as Catholics, slightly more than the population at large.

According to the findings 72 out of 646 members are Catholic, a slight drop from the 83 that were counted in 2010.

Many Scottish MPs, notably Jim Murphy, the former leader of the Scottish Labour party, lost their seats in the last election to the Scottish National Party.

However there are eight new Catholic MPs: two are Conservative, three are Labour and three are from the Scottish National Party. The latter include Mhairi Black [pictured], the youngest MP to be elected since 1806, and Patrick Grady, previously advocacy manager at the Scottish Church’s aid agency, Sciaf.

The list of the MPs comes as Catholics across the country are being urged by the Church to lobby their member of parliament to vote against a private members bill on Assisted Suicide, due to come to the house on 11 September.

On Sunday, Fr John Armitage, the Administrator of the Roman Catholic Shrine of Our Lady of Walsingham, made an impassioned plea for Catholics to make their opposition to their MPs known.

Coining a phrase associatied with 18th century statesman Edmund Burke, Fr Armitage said: “It is enough for evil to flourish that good men and women do nothing.”

The new assisted dying bill, put forward by Labour MP Rob Marris, is based on legislation proposed by Lord Falconer in the House of Lords in the last parliament but which ran out of time. It would mean that would allow competent, terminally ill people to end their lives.

Among the Catholic MPs leading the fight against assisted dying is Rob Flello, the Labour MP for Stoke-on-Trent, who is the convenor of the Catholic legislators network.

Of the 79 MPs who identify as Catholic, 38 are Labour, 33 Conservative, four are SNP, two are Liberal Democrats, and one is from the SDLP.

Commenting on the research, Greg Pope, Head of Parliamentary Relations for the Bishops’ Conference of England and Wales, said: "The Bishops' Conference relationship with Parliament is not predicated by MPs who are Catholics but this figure is to be welcomed as it is a healthy number. Catholics are slightly over represented in the House of Commons compared to the population at large and this shows how integrated Catholic faith is in public life."

Mr Pope said the Church wanted to mobilise Catholics to contact their MPs about the issue of assisted dying. He pointed out, however, that the opposition to the assisted dying legislation included those members of all faiths and none.

The Tablet’s MPs list has been compiled through online research and by contacting MPs to ask if they would identify as Catholic. However, there are a number of MPs who have not responded with some new members still in the process of setting up constituency offices.