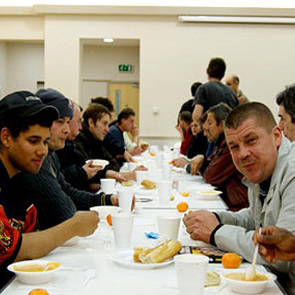 Duncan Smith hits back on food banks amid homelessness crisis

Diplomat appointed to smooth the waters at St Mary's, Twickenham

A former British Ambassador to the Holy See has been appointed the principal of St Mary's University College, Strawberry Hill.

Francis Campbell, who has worked for the Foreign Office since 1997, takes over from Dr Arthur Naylor, who has been acting principal since Professor Philip Esler resigned amid acrimony over the future of the theology department earlier this year.

St Mary's, in south-west London, is a Catholic college founded by Cardinal Nicholas Wiseman (1802-65) and started as a teacher training college. It is understood to be on the verge of gaining full university status.

Mr Campbell was the first Catholic ambassador to the Holy See since the Reformation and was instrumental in the 2010 visit of Pope Benedict XVI to Britain.