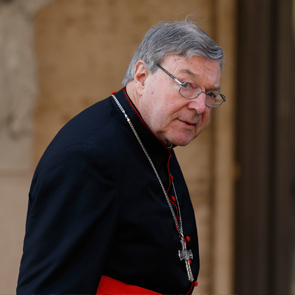 Australian Cardinal George Pell has criticised parts of the Pope’s encyclical on the environment, warning that the Church has “no particular expertise in science”.

Cardinal Pell, a climate change sceptic, appeared to distance himself from the scientific conclusions made in Laudato si' in an interview with the Financial Times.

In the encyclical Pope Francis calls for urgent action on climate change for the sake of the poor and for future generations.

But last week Cardinal Pell warned: “The Church has got no mandate from the Lord to pronounce on scientific matters. We believe in the autonomy of science.”

He acknowledged that the encyclical had been well-received, adding that it had “many, many interesting elements … there are parts of it which are beautiful.”

In 2011 Pell spoke of his “deepening suspicions” around man-made climate change during a talk an audience at Westminster Cathedral Hall in London, at an event sponsored by The Global Warming Policy Foundation. He said that global warming had “stopped”.

He went on: “Animals would not notice a doubling of CO2 and obviously
plants would love it.”

Elsewhere in the interview Cardinal Pell, who was appointed by Pope Francis to oversee financial reform at the Vatican, revealed he had encountered “small pockets of significant opposition.”

He said that one of his goals was to establish a Vatican asset management team. “We will control what is invested; we won’t be handing over that decision-making to anyone”, he said.