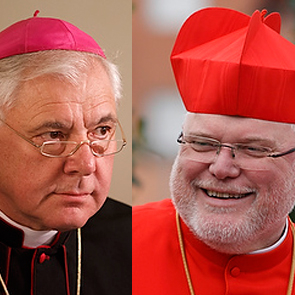 Opponents of assisted dying warn of the risks of new bill

Anti-euthanasia campaigners have expressed concern over Lord Falconer’s new assisted dying bill, which was due to be introduced into Parliament on Thursday.

The new bill was expected to be virtually identical to his last bill, which ran out of debating time in the last session.  It provides assistance for patients who have formed an intention to end their life, subject to the approval of two doctors and a high court judge.

Baroness (Sheila) Hollins, who was one of the leading opponents of the last bill, said what Lord Falconer and his supporters wanted was to bring in what they would argue was an “acceptable” form of euthanasia, which would in time be widened to include more situations.

One particular worry, she said, was how much money Lord Falconer and his supporters seemed to have to spend on its campaign, compared with the relative poverty of the anti-euthanasia campaigners.  “The fact that they have millions to spend on advertising is a real issue for us,” she said.

Both Baroness Hollins and Alistair Thompson of anti-euthanasia group Care Not Killing said Lord Falconer’s bill didn’t stand much chance of becoming law because of procedural issues in the House of Lords. “But the risk is definitely greater than last time because it’s being introduced earlier on in the Parliamentary session,” said Mr Thompson.  “We have to be vigilant, and we may have to mobilise all our supporters for a vote: at the moment it’s too soon to know the scale of the threat.”

He said the worry was that Lord Falconer would push his bill through by saying that it was merely a ‘tidying up’ of what was currently happening; but this was “quite wrong”.  In fact, he said, the overwhelming majority of doctors were opposed to a change in the law, and every Royal College was against it.

Meanwhile another measure introduced into the Lords this week, the Palliative Care Bill, seeks to ensure that patients’ decisions about their end of life care are at the heart of their last weeks and days.  Baroness Finlay, who is sponsoring the bill, said it would require all relevant health and social care providers to be properly trained in palliative care, because despite Britain being a global leader in the provision of end-of-life services, there was still much to do to ensure that patients, their families and their carers were properly looked after and supported.