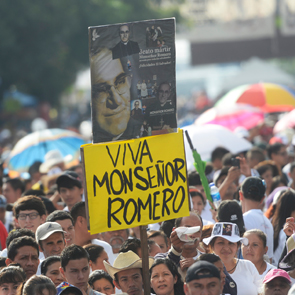 Ireland voted to allow same-sex marriage by two votes to one in an historic referendum held on Friday.

“Ireland is a small country with a big message,” said Prime Minister Enda Kenny as the scale of the Yes vote became apparent.

A total of 1.2 million people voted in favour of amending the constitution to allow same-sex couples marry, with 734,300 against the proposal, making Ireland the first country in world to introduce gay marriage by popular vote.

More people voted in the marriage referendum than in any previous referendum in the history of the State. While the Yes vote in Dublin was particularly pronounced, just one constituency, Roscommon-South Leitrim, rejected the amendment by 51.4 per cent. In Donegal South West it was close, with 50.1 per cent voting Yes, representing a margin of just 33 votes. Elsewhere, generally speaking the Yes side had a comfortable margin.

Archbishop Diarmuid Martin of Dublin, who took every opportunity to explain his reasons for voting No, said the outcome was part of a social revolution.

“It is very clear that this referendum is an affirmation of the views of young people,” he said and he acknowledged that the Church needed a “reality check”.

“The Church has a huge task in front of it to find the language to be able to talk to and get its message across to young people – not just on this issue but in general,” he said and he noted that many of the young people who voted Yes were the product of 12 years of Catholic education.

There was near unanimity on the issue within the political establishment, and cross-party support for a Yes vote played its part in securing the result, with parties whipping their members into speaking with one voice.

Fr Tony Flannery, a founder of the Association of Catholic Priests, responded to the result by underling that people are not listening to the Church any longer.

“What was particularly sad was to see the bishops in total opposition to a mass movement of the younger generation,” he said.

Writing on his blog, the Redemptorist warned that, “The day of doctrinaire Catholicism is over in this country. The people are no longer willing to listen to speeches and sermons on morality from the Church.”

Elsewhere, Bishop Kevin Doran of Elphin, described the outcome as “clear and decisive” and said he was “personally disappointed by the result”.

Explaining the decision of so many to vote Yes, Dr Doran said it was their way of showing their acceptance and love for friends and family members who are gay.

“Large numbers obviously believed that they could vote Yes without in any way undermining marriage. While I do not share their belief, I understand their reason for celebrating and I do respect their spirit of solidarity,” he said.