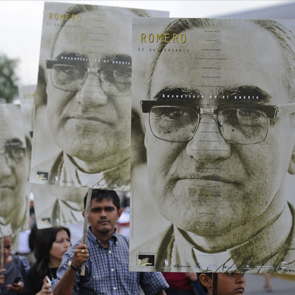 Iraqi Catholics who have fled to Britain are looking for a spiritual home where they can save their language and customs from dying out, the head of their mission said.

Fr Nadheer Dako, who ministers to the 4,000 Chaldeans across Britain who have escaped increasing hostility in Iraq, said that when the Archbishop of Erbil had visited London, he asked Cardinal Vincent Nichols for a church but had been refused.

“We asked the Catholic bishops for a building when Archbishop Bashar Warda was over in February and Cardinal Nichols said none was available.” England and Wales are home to more than 70 ethnic chaplaincies but Fr Nadheer said the Chaldeans were not “just another ethnic chaplaincy” –“we’re facing genocide”.

Two-thirds of Iraq’s 1.4m Christians left their homeland in the ten years since the US-led invasion of 2003, and thousands fled to semi-autonomous Kurdistan after the fall of Mosul to Islamic State last summer. He added: “Jews have a homeland; we have no other homeland.”

Fr Nadheer, who survived two abduction attempts by Al-Qaeda when he was a parish priest in Baghdad, said that especially since IS’s rapid advances in Iraq and Syria, “[in Britain] nobody’s thinking about going back”.

A spokeswoman for the diocese of Westminster said the needs of the ethnic chaplaincies were greater than it could meet, but noted that the cardinal had urged Maronite Catholics, when he celebrated Mass for them in February, to bring the “richness” of their traditions into the life of the diocese.

What was needed, said Fr Nadheer, is a centre where they could carry out catechism, youth work, cultural events and lessons in the language of Chaldean worship – Aramaic, a form of the language Christ spoke. The mission is run from a modest priest’s house where running children’s catechism led to neighbours complaining about the noise. With a stronger sense of cultural identity, people would feel more confident about integrating into British culture, he said.

“The mission’s been here since 1986 but we still haven’t integrated. Our people are afraid of losing their culture and traditions. They have friends through work but not in their daily life. The older generation don’t want to integrate, but the younger one does.”

Asked whether he thought Britain should accept Iraqi and Syrian Christians as refugees, he said they would prefer to stay, but that would require the international community to create a safe haven for them.