A priest of the Ordinariate of Our Lady of Walsingham has been arrested for alleged fraud just weeks after returning from a year-long suspension over his involvement in a civil partnership.

Fr Donald Minchew, 67, was questioned by police last week during an investigation into claims of financial irregularities in January 2010, when he was a Church of England priest at the church of St Michael and All Angels in Croydon, south London. He was bailed until July. 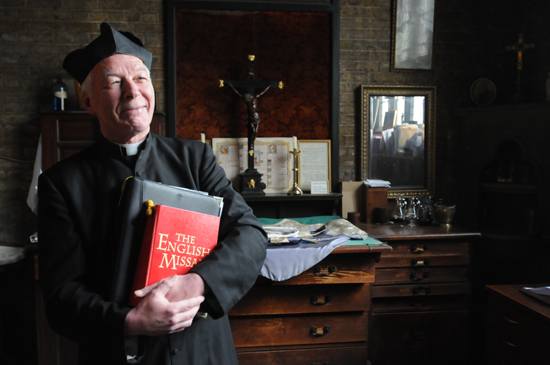 Fr Minchew was suspended in March last year after he admitted entering into a civil partnership in 2008 with a Pakistani national, Mustajab Hussain. At the time he denied any sexual relationship, saying the civil partnership was a device to allow Hussain to stay in Britain. The Home Office investigated, and the partnership was dissolved.

When Fr Minchew was reinstated in the ordinariate earlier this year, its head, Mgr Keith Newton, said he had taken the decision “after much prayer and discussion”.

This week he told The Tablet that he had received assurances on at least two occasions from the Anglican Diocese of Southwark that claims of financial irregularity at St Michael’s did not involve Fr Minchew.

He said: “I was aware of this before he was ordained. We looked into it and Southwark said there was nothing in it. I have taken advice and unless things change with the police he will remain in position.”

The fraud allegations – which Fr Minchew strongly denies – are understood to relate to the inappropriate use of church funds when Fr Minchew was the parish priest at St Michael and All Angels. The church bought a property in Australia for £140,000 as an investment opportunity. Parishioners also complained about a £33,000 “golden farewell” from parish officials. As a result, a car and cash were returned.