Irish bishops to pay counselling costs for children of priests 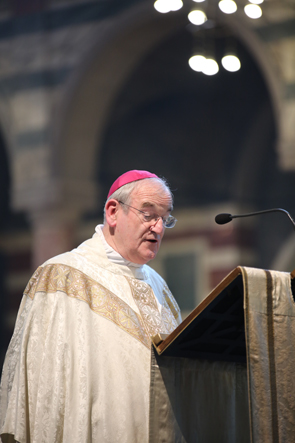 The Archbishop of Cardiff, George Stack, has praised The Tablet for its “critical loyalty” to the Catholic Church in a thanksgiving Mass to mark 175 years of the journal’s continuous publication.

Archbishop Stack on Saturday gave the homily at a Mass concelebrated by the Bishop of Brentwood, Alan Williams, his predecessor Bishop Emeritus Thomas McMahon and Crispian Hollis, Bishop Emeritus of Portsmouth. Some 30 priests also concelebrated, and among the altar servers were pupils from New Hall School in Chelmsford's junior and senior departments.

In his homily, Archbishop Stack read out an early complaint about the journal from the architect Augustus Welby Pugin, who wrote that The Tablet represented only “modern liberalism”. Pugin “wasn’t the only who found it difficult to understand the concept of critical loyalty, ” Stack said.

The archbishop, formerly an auxiliary in Westminster, said labels such as “conservative” and “liberal” “cannot plumb the depths of our attempts to explore the meaning of things and their purpose”.

Referring to Gaudium et Spes, the Second Vatican Council document on the relationship between the Church and the World, he said The Tablet helped readers to make sense of their faith in the context of current affairs. 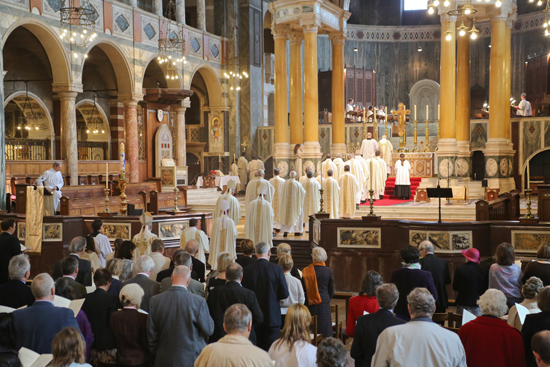 He said: “In reporting the implications of international conflicts, in analysing the persecution and suffering of the innocent, in supporting the healing hands of those who commit their lives to justice in the cause of peace, The Tablet continues to analyse and explain the language of the Cross in the conflicts of our broken world.”

The Mass included the premiere of a specially commissioned motet by Catholic composer Roxanna Panufnik, “The Tablet of Your Heart”, based on Proverbs 7, and the performance of a motet by the late Welsh composer William Matthias that had been commissioned for The Tablet’s 150th anniversary.

Listen again to BBC Radio 4's Sunday Programme which features a special report on The Tablet's 175th anniversary and includes an interview with the journal's editor Catherine Pepinster. (Starts at 10'50".)