In the wake of increased Islamist violence, Kenyan Cardinal John Njue on Monday called on Christians to launch a human and intellectual dialogue with other religions to build peace around the world.

Cardinal Njue spoke at a memorial service for the victims of Garissa University College terror attack, carried out by the Somalia based Islamist militant group, Al-Shabaab on 2 April. In the attack in Kenya’s most prominent northeastern town, 148 people, mainly Christian students, were killed by four terrorists in an eight-hour siege of the college. 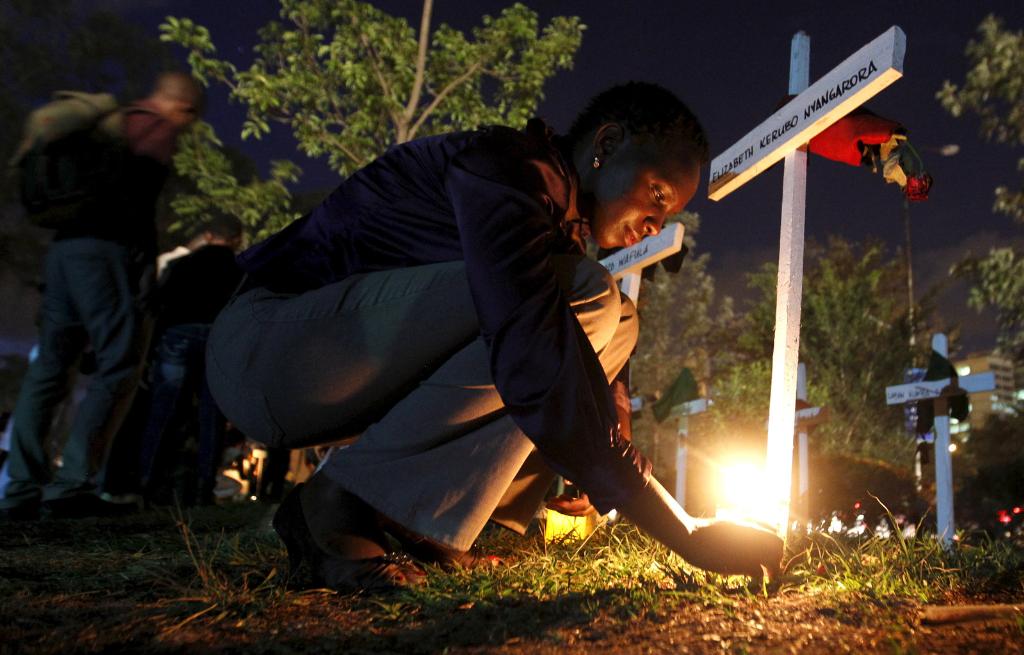 “As Christians we … should engage in a dialogue designed to establish a world where peace prevails,” said Njue at the service organised by the Catholic and the Anglican Church of Kenya and attended by evangelical and Pentecostal church leaders.

A new ecumenical agenda is even more urgent because of the nature and scope of the dangers now, noted the cardinal.

Above: A woman lights a candle to remember one of the victims. CNS/Reuters