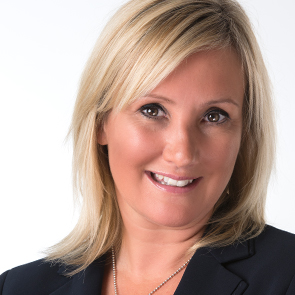 Pope to Caritas: you are witnesses to Christ, not just charity workers

Pope Francis this week opened Caritas Internationalis’ General Assembly by warning that God will judge the powerful on their treatment of the environment and people who are hungry.

"The planet has enough food for all, but it seems that there is a lack of willingness to share it with everyone," Pope Francis said yesterday during his homily at the opening Mass in St Peter’s Basilica in Rome.

The network of 164 Catholic charities – who are to welcome Caritas South Sudan as the confederation's 165th member – was to focus on the theme, "One Human Family, Caring for Creation."

Pope Francis told the delegates at a Mass on Tuesday a day before the start of the assembly, "We ought to set the table for all and ask that there be a table for all." 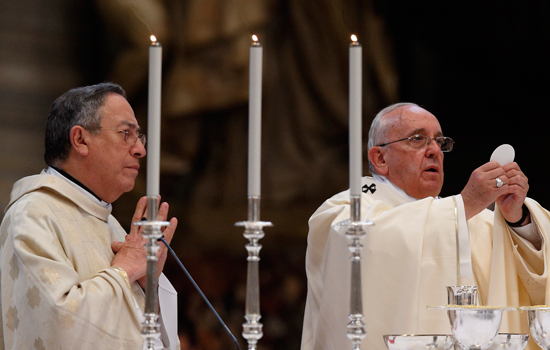 Citing Jesus' explanation of the final judgment in the Gospel of Matthew, which includes the line, "For I was hungry and you gave me food," the Pope said, "we must do what we can so that everyone has something to eat. But we must also remind the powerful of the earth that God will call them to judgement one day, and it will be seen if they truly tried to provide food for him in every person, and if they worked so that the environment would not be destroyed, but could produce this food."

The Pope stressed the need for Caritas, which has been criticised for not doing enough to promote an explicitly Christian message, to keep God central in all its work. "Whoever lives the mission of Caritas is not simply a charity worker," the Pope said, "but is a true witness of Christ.” He said the work of Caritas in parishes, dioceses, nations and across the globe draws its strength from love of God and neighbour. "Without this root, Caritas dies."

"All of our strategies and plans remain empty unless we carry this love in us," he said. "Not our love, but his. Or better yet, our love purified and strengthened by his love."

Caritas agencies work to reduce poverty through promoting development and advocating for justice and assisting refugees around the world. Pope Francis asked representatives at the Mass to be especially mindful of persecuted Christians – "our Christian brothers and sisters who have been violently deprived of food for the body and for the soul: They have been driven from their homes and their churches, which at times have been destroyed. I renew my appeal not to forget these people and these intolerable injustices."

Guest speakers at the conference are to include the Peruvian theologian Fr Gustavo Gutierrez, known as the father of liberation theology. The invitation to Gutierrez will be seen as more evidence of a “progressive” sway at Caritas. Under Francis’ pontificate, Caritas and the Vatican seem to have found common ground. Caritas General Secretary Michel Roy said the “Francis effect” was visible at Caritas and had boosted the number of volunteers and contributions. Even poor countries such as those in the Balkans had donated generously to crises such as the Nepal earthquake, he said.

The President of Caritas, Cardinal Oscar Rodriguez Maradiaga, who is stepping down after two four-year terms, sought to emphasise its Catholic focus, saying, “Caritas is more than just emergency response. It is educating for Christian service, solidarity, concrete service.” He said the conference would have a family-like atmosphere “very different to the UN.”

The candidates for the next president were Cardinal Luis Antono Tagle of Manila and Maronite Archbishop Youssef Soueif of Cyprus.

Other speakers at the 12-17 May assembly are to include Cardinal Peter Turkson, President of the Pontifical Council for Justice and Peace; economist Professor Jeffrey Sachs, Dr Jacques Diouf, the Food and Agriculture Organisation’s special envoy for the Sahel and the Horn of Africa; and Professor Beverley Haddad from the University of Kwazulu-Natal, an HIV expert.